Here's why Facebook wants to put live videos at the top of your News Feed.

Video has been a key driver for Facebook's (META -5.20%) business over the past two years. Recent updates from the company on the medium's progress within the Facebook platform confirm this form of content is only just getting started on the social network. But video on Facebook may soon get a huge boost: After seeing just how engaging Facebook's recently launched live videos are, the company is now giving them premium placement in your News Feed.

Live videos take precedent
After rolling out Facebook Live, or Facebook's live video streaming, beyond iOS to Android over the last week, it's clear the social network is as serious about this new way to share video as ever. And now Facebook is giving the product yet another stamp of approval by prioritizing these videos in the News Feed.

"As a first step, we are making a small update to News Feed so that Facebook Live videos are more likely to appear higher in News Feed when those videos are actually live, compared to after they are no longer live," said Facebook product manager Vibhi Kant in a blog post on March 1.

The company noted "more and more people" are watching the new video format, enabling the Facebook to learn more about how to rank this new type of video.

Initial data on user consumption of the new video format is extremely promising:

To help Facebook better learn how to place live videos in users' News Feeds, the company is now considering Live Videos as an entirely new type of content -- separate from videos.

Video is critical for Facebook
Facebook said during the company's most recent earnings call that 100 million hours of video are watched daily on the platform now. Further, the social network is so optimistic about video that Facebook CEO Mark Zuckerberg even said the company is exploring ways to give users a dedicated place on Facebook simply to watch videos, a move which would essentially put Facebook in direct competition with Alphabet's YouTube. 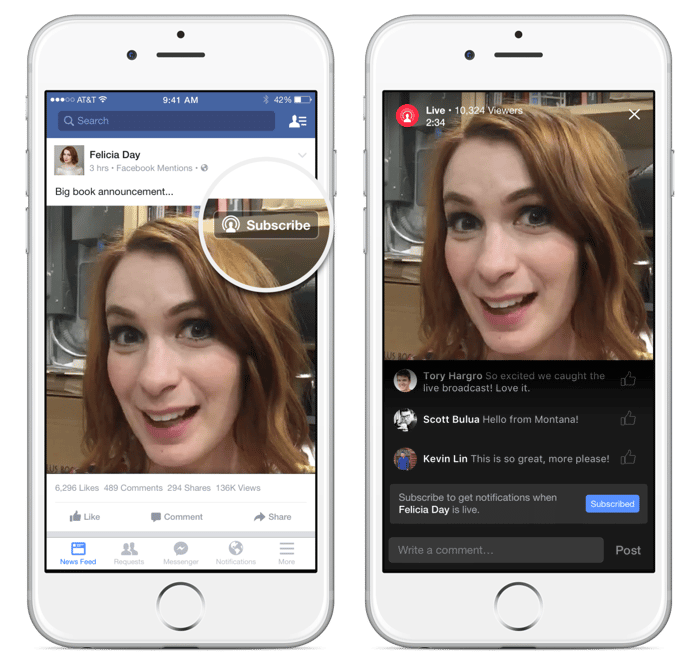 While dodging a question during the company's most recent earnings call about whether Facebook would create a stand-alone app for video, Zuckerberg did say there are more opportunities to create stand-alone apps based on core Facebook functionalities. Is a video app next? And will the app take Facebook Live videos even further?

Going forward, it's clear the company is hoping videos will be a catalyst for Facebook's business, and the company's move to prioritize Live videos ahead of normal videos in the News Feed highlights just how important the new video format is for the company.

In short, Facebook users should expect to see more live videos in their News Feed. And investors should be grateful for yet another strong medium with potential to evolve into a lucrative advertising product for marketers and drive more revenue for the business.