Steve Symington, Selena Maranjian, and Daniel Miller
(XMFSymington)
Author Bio
As a technology and consumer goods specialist for the Fool, Steve looks for responsible businesses that positively shape our lives. Then he invests accordingly. Enjoy his work? Connect with him on Twitter & Facebook so you don't miss a thing.

One of the most intimidating tasks for beginning investors is that of narrowing down the thousands of potential business in which the stock market allows you to put your money to work. A great place to start is by purchasing solid stocks that pay healthy dividends, which -- combined with the power of compounding returns -- serve as a valuable tool to create wealth over the long term.

We asked three Motley Fool contributors to choose their best dividend stocks for beginning investors. Read on to see which companies they picked and why. 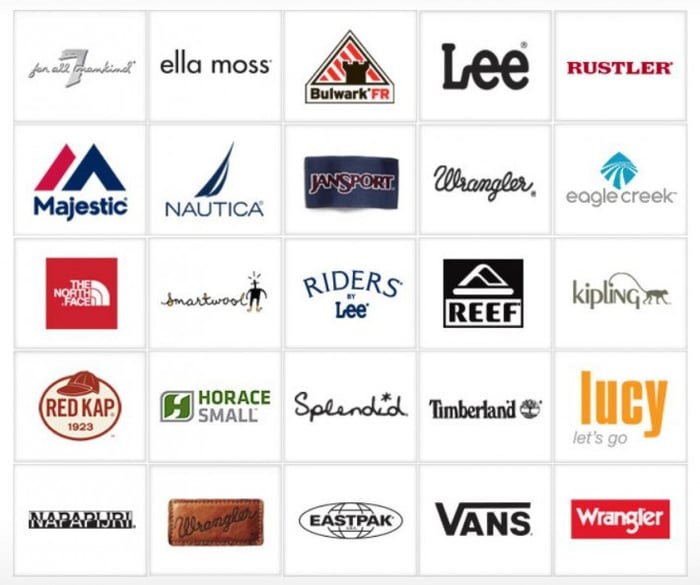 Selena Maranjian: VF Corp (NYSE:VFC) is a terrific dividend stock for beginning investors. For starters, being in the apparel, footwear, and accessory business, it's relatively easy to understand -- at least more so than many semiconductor or biotechnology companies. It's been very good to investors, too, averaging annual gains of about 19% over the past decade, and 15% over the past 25 years.

VF Corp's offerings are easy to find in stores across America. Its brands include The North Face, Vans, Timberland, Wrangler, Lee, and Nautica, among others. Apparel isn't a no-brainer industry to invest in, as fashions change over time, with various retailers' offerings going in and out of style. Still, VF Corp's diversified range of brands gives it some stability.

The stock is down close to 20% over the past year, with management citing "a softer consumer environment, record warm weather and a strengthening U.S. dollar" in the last quarterly report. Still, the company notched a 1% revenue gain in 2015 over 2014 (6%, excluding currency effects) and with net profit margins topping 8%, it has been cranking out hundreds of millions of dollars in annual free cash flow for many years. Its international operations generate a little more than a third of revenue at this point, but that leaves a lot of room for growth -- especially when the dollar is weak. Management projections for 2016 call for single-digit growth in most divisions, with double-digit growth for its direct-to-consumer sales via stores and e-commerce. It plans to add about 80 stores in 2016.

VF Corp's stock recently yielded 2.5%, and its payout has more than doubled over the past year. With its payout ratio not far from 50%, it has plenty of room for further dividend growth. It's not afraid of hefty increases, either, having upped its dividend by 15.6% in 2015 and 21.6% in 2014.

Daniel Miller: When thinking about the best dividend stocks for beginners, my mind sifts through companies that have a history of returning solid value to shareholders and have a business model that will last over the long haul. Further, if you can get a company that fits the bill and is also trading cheap because of a cyclical downturn or another reason, all the better for investors. To me, one company that fits that description is Deere & Co. (NYSE:DE).

Sure, the company has struggled over the past year, with shares trading about 13% lower during a challenging time for the global agricultural market. And that's not likely to improve this year since the company just reduced its 2016 sales and net income outlook.

But, switching gears for the long term, Deere is a company with a proven business model, and it's well poised for growth as global calorie consumption increases and emerging nations witness a decline in agricultural workforce, which will increase demand for Deere's mechanical agricultural products.

Further, Deere has an excellent brand image and a network effect in the U.S. market created by its more than 1,500 agricultural equipment dealers. Management has proven it can invest in opportunities and deliver growth to investors: According to Morningstar.com, the company's return on invested capital has reached 25% over the past 10 years. Not to be outdone, Deere's dividend growth has also been impressive. 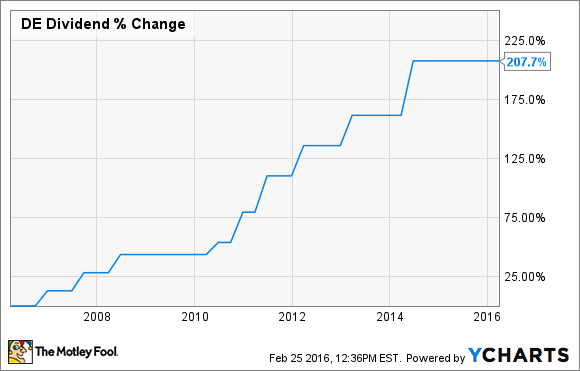 Deere has increased its dividend consistently and substantially over the past five years especially, and at a yield of more than 3%, the company offers a solid dividend play and plenty of upside for the long term.

Steve Symington: I like Selena's pick of VF Corp. for the fact that its diversified brands offer stability in changing apparel markets. But I also think beginning investors could do well buying shares of a more focused business in the space like Nike (NYSE:NKE), a juggernaut in the athletic apparel and footwear industry with an enormous $110 billion market capitalization.

Still, while its size and global presence offer relative stability for new investors, that doesn't mean Nike can't continue growing both its share price and capital returns efforts at a healthy clip. With each passing quarter, CEO Mark Parker continues to remind investors "Nike is a growth company." And in fact, in October 2015, Nike announced a new revenue target of $50 billion by the end of its fiscal year 2020, representing more than 60% growth from analysts' expectations for fiscal 2016 revenue of $30.6 billion. Nike's business is also easy to understand; nearly 60% of Nike's total $7.69 billion in revenue last quarter came from footwear ($4.6 billion), a little over 30% came from athletic apparel ($2.36 billion), and just under 5% came from athletic equipment and licensing ($362 million combined). The remaining roughly 5% (or $398 million) came from Converse, representing a growing business that Nike astutely acquired for a total of just $305 million in 2003.

What's more, just prior to its most recent solid quarterly results in December, Nike not only increased its quarterly dividend by 14.3% to $0.16 per share -- marking its 14th consecutive year of increasing its dividend, by the way -- it also approved a massive $12 billion share repurchase program with which it can reduce the number of shares outstanding, which in turn increases the value of investors' remaining shares.