Please ensure Javascript is enabled for purposes of website accessibility
Log In Help Join The Motley Fool
Free Article Join Over 1 Million Premium Members And Get More In-Depth Stock Guidance and Research
By Dan Caplinger - Mar 5, 2016 at 10:18AM

The paint maker has capitalized on solid conditions in the housing market, but there are still threats to its business going forward. 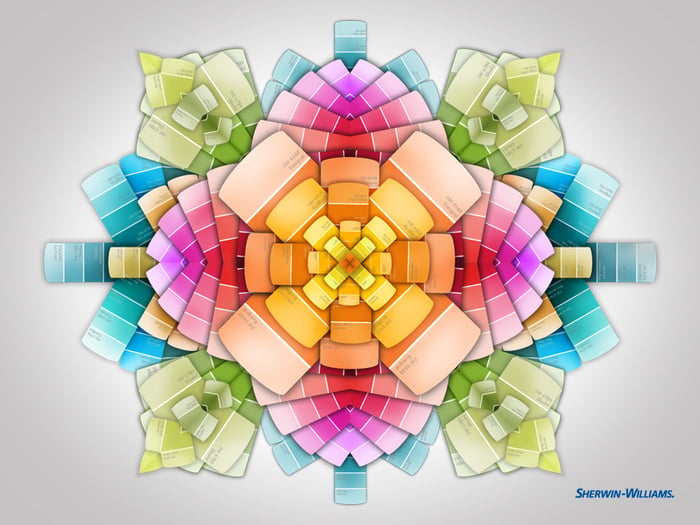 Paint specialist Sherwin-Williams (SHW -0.67%) has done a good job of profiting from the rebound in the housing market over the past several years. The company sports its own retail locations, but it also maintains partnerships with home-improvement retailers like Lowe's (LOW -0.81%) to provide alternative distribution methods for getting its products to market. Sherwin-Williams' share-price gains have been impressive over the past decade since the housing bust, but recently, its ascent has come to a standstill. Let's take a look at three reasons why Sherwin-Williams investors might have to accept a lower stock price in the near future.

Housing could start to take a hit
Probably the biggest danger for Sherwin-Williams would come from a change in direction of the U.S. economy in general and the housing market in particular. For years, Sherwin-Williams has ridden the wave of rising demand and rebounding home prices to drive sales in its key paint stores and consumer segments. A combination of low mortgage rates and steady growth in employment has helped stabilize real-estate markets in many key areas, and that in turn has inspired more homeowners to take on projects that require greater purchases of Sherwin-Williams products.

Coming into 2016, many investors were nervous about the recent stand by the Federal Reserve to boost interest rates. So far, the minor increase in short-term rates hasn't translated to a similar rise in mortgage rates, and in fact, concerns about global economic conditions have helped keep interest rates low. Nevertheless, stock market volatility has started having an impact on the willingness of Americans to spend in areas like luxury retail, and if those conditions persist, the impact could affect demand for housing as well.

Weakness in Latin America could continue
In stark contrast to its North American operations, Sherwin-Williams has seen its global business struggle. In its most recent quarter, the company's global finishes group suffered a nearly 10% drop in sales, and only part of those declines came from the continuing strength of the U.S. dollar against foreign currencies. The Latin America coatings group saw its revenue fall at more than double that pace, and the segment's profits evaporated because of the low volume and currency-related difficulties.

Optimists believe that international markets in general and Latin America in particular might be approaching a bottom in their economic cycles. Plunging commodity markets have bounced off their worst levels, and if the bounces hold, they could signal a longer-term turnaround in key emerging economies.

Yet past experience shows that global economic turnarounds don't always take shape as quickly as investors would like. If things don't go well, then the latest signs of life could turn out to be just another fake-out for investors, and Sherwin-Williams could keep suffering weakness in its international business that will hold it back from the growth it wants so badly.

Conditions in the home improvement sector have been good enough that an expanding pie has left opportunities for many players to benefit. If conditions start to deteriorate, though, then industry members will have to start fighting harder for incremental gains. That could threaten relationships between Sherwin-Williams and dedicated home-improvement retailers like Lowe's, and if that happens, it could take away what has been a useful source of growth for Sherwin-Williams in its history.

Sherwin-Williams has a lot going for it, and it hopes that good times will continue. Nevertheless, investors have to be prepared for the potential for less than ideal situations to arise for the paint maker. If they do, Sherwin-Williams stock could continue its pause in its long-term uptrend.