Please ensure Javascript is enabled for purposes of website accessibility
Log In Help Join The Motley Fool
Free Article Join Over 1 Million Premium Members And Get More In-Depth Stock Guidance and Research
By James Sullivan - Mar 5, 2016 at 11:00AM

Investors should look for expanding margins and a growing store base at this upscale burger chain.

Shake Shack (SHAK -3.47%) reports fourth quarter earnings after the close on March 7. Profit margins, new openings, and international expansion are the three items that I'm most interested in as a shareholder in this young and growing business.

Shack-level operating profit margins
Shack-level operating profit is a non-GAAP financial measure that has limitations but is a useful tool for understanding how well the business is performing. For the third quarter, it was up about 106% year-over-year, a strong sign that the business is expanding and growing more efficient in its operations. Revenue similarly increased 67% year-over-year -- from new locations, increased prices, and more brand awareness -- but so too did the operating margin.

That figure stood at 30.4% last quarter, up significantly from the 25.1% reported in the year-ago period. A combination of rapidly growing revenue and expanding profitability is a positive sign for the company. Management must continue to find attractive locations, focus on quality and customer service, and use increasing scale to drive down input costs if the company hopes to grow into its lofty valuation. While analysts expect revenue growth in the upcoming report, I'll be looking to see if the Shack-level profit margin grew as well.

Number of new openings
As of Sept. 30, the company opened only 75 total Shacks, 41 of which were were domestic company-operated locations. In fiscal year 2015, the company added 12 domestic company-operated Shacks and is guiding for at least 14 more this year. Each Shack is a huge boost to both the top and bottom lines as management is expecting average sales of $3.3 million and Shack-level operating profit margins of at least 22% from these new locations. Expanding the restaurant base quickly, while generating these sales figures and margins, is imperative.

Shack sales contributed 96.2% of total revenue during the third quarter, and right now, the market is valuing these 41 Shacks and some licensing revenue at around $1.5 billion. The company has a long-term goal of 450 US locations, so at a pace of 12 to 14 openings a year, it will take about three decades to reach that scale. Clearly, the company is going to ramp up the pace of new store openings, and the wording of at least 14 new locations in 2016 is a good sign. 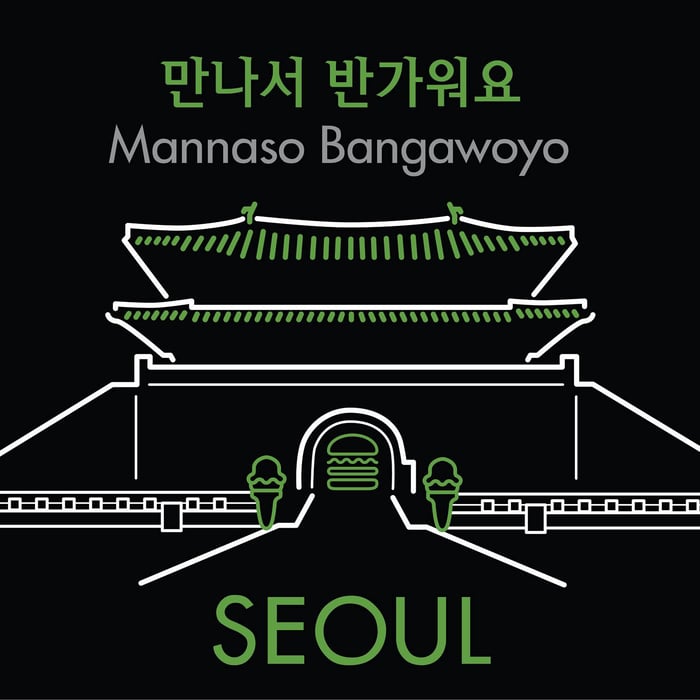 Ramp up international licensing agreements
Of the remaining locations, 29 are internationally licensed Shacks. The company has partnered with licensees throughout the world to open stores in, among other cities, Moscow, London, Dubai, and Istanbul. The fees generated from these arrangements contributed to licensing revenue of $2 million in the third quarter -- up about 18% year-over-year. While it would be nice to build and operate the international locations itself, Shake Shack has too much to grapple domestically to do so. Demand for the product is there, and licensing provides an easy way to increase revenue and earnings.

Shake Shack's partner in Japan, Sazaby League, is the same company that brought Starbucks to the country. It opened its first Shack late last year and is set to open another this spring. Starbucks ended up acquiring the remaining share of its Japanese stores in 2014 but benefited from having a trusted, local partner do much of the heavy lifting as the coffee chain built up its presence in Japan to over 1,000 locations.

Shake Shack partnered with SPC Group to bring its concept to South Korea in 2016. It expects to open at least one during the year and 25 over the next decade.Any announcement of more quality partnerships like these will be a good sign for the future of the company. I would also like to see licensing revenue increase, both in absolute terms and as a percentage of total revenue -- it was only 3.8% of the top line in the third quarter.

Concluding thoughts
Shake Shack's future looks bright, but there will be a lot of growing pains along the way. It's hard to value a restaurant concept with only 75 total locations -- many of which are licensed -- at $1.5 billion dollars. Improvement in Shack-level margins, an acceleration in domestic store growth, and more international licensees would be positive indicators of a company striving to fill that valuation.

James Sullivan owns shares of Shake Shack and Starbucks. The Motley Fool owns shares of and recommends Starbucks. Try any of our Foolish newsletter services free for 30 days. We Fools may not all hold the same opinions, but we all believe that considering a diverse range of insights makes us better investors. The Motley Fool has a disclosure policy.