The Oracle of Omaha spoke candidly for three hours with CNBC on Monday, leading to these 13 brand-new Warren Buffett quotes that you won't want to miss.

This past weekend was big for the investment world, and it had nothing to do with the celebration of Leap Day.

On Saturday, the Oracle of Omaha himself, Warren Buffett, released his 51st annual letter to Berkshire Hathaway (BRK.A 0.05%) (BRK.B 0.13%) shareholders. Buffett's shareholder letter, written each and every year, often sports nuggets of investing wisdom -- some of which my Foolish colleagues like banking specialist John Maxfield recently covered.

But Buffett's stock market prowess isn't just limited to his written word. In recent years following the release of Berkshire's shareholder letter, financial news networks and publications have pounced on the chance to interview Buffett. I mean, a person who can turn less than $10,000 into more than $60 billion in six decades probably has some interesting things to say!

With that in mind, I listened closely to Buffett's special three-hour interview with CNBC and its anchors early last Monday morning and eventually came away with 13 brand-new Warren Buffett quotes that investors should familiarize themselves with. You'll find some accompanying commentary for many of the quotes as well.

13 brand-new Warren Buffett quotes
1. "I never know what markets are going to do. [I]n terms of what's going to happen in a day or a week or a month or a year, I never felt that I knew it then and I never felt it was important. I will say that in ten or 20 or 30 years, I think stocks will be a lot higher than they are now."

2. "Well, any time the stocks go down, as far as I'm concerned, I like it. Because I'm a net buyer of stocks."

Unlike skittish investors, Buffett finds great appeal in a falling market. Buffett prefers to wade into the pool, so to speak, rather than jump right in, since he much prefers when stocks he likes languish for many years following his first purchase. This gives Buffett and Berkshire the opportunity to accumulate more shares over time and use dollar-cost averaging to his (and Berkshire's) advantage.

3. "[Y]ou can't predict what stocks will do... in the short run. But you can predict that American business will do well over time."

This defines the ethos that is Warren Buffett. He lives by the concept of forgetting the noise in the near-term and focusing on the greatness of the U.S. economy. We've witnessed the stock market recover from two world wars, the Great Depression and Great Recession, and countless recessions and crises -- and yet American businesses continue to grow. That's a pretty resounding endorsement of the longevity of American businesses.

4. "The only person who can cause you to get a bad result in stocks is yourself, you know?"

This was perhaps my favorite off-the-cuff comments from Warren as it details two important facets of investing. First, it serves as a reminder that ultimately only we are in charge of our own retirement destiny. Therefore it's in our best interest to play a role in saving and investing toward our retirement goal.

Secondly, it speaks to avoiding bad mistakes, such as trying to time the market, which is a point Buffett hit on numerous times during his interview with CNBC. Staying the course with solid businesses and not allowing your emotions to rule the roost should keep you on track to succeed.

5. "[I]f you're buying a farm, if you're buying an interest in a local business, you're buying -- an apartment house to rent out in Omaha to people -- you shouldn't be looking at the next six months and trying to decide whether now is the time to buy. You should look at what the asset is likely to produce over time and what you have to pay for it. And if you can buy it cheaper, so much the better... For people to try and time stocks is crazy."

6. "More often, we've made even more money [on stocks we've owned] because they went down initially."

This is a great reminder that falling stock prices are actually a good thing. As we examined recently, the market has historically spent more time in bull markets than bear markets. More importantly, every previous stock market correction has been completely retraced by a bull market rally at some point. Whether it takes days, weeks, or years, bull market rallies tend to trump any stock market correction. Thus, taking positions in solid companies during downtrends tends to be a smart move over the long run.

7. "What you pay for a stock, it doesn't mean anything. I mean, look, what means something is where the company's gonna be in five or ten years."

8. "I think they're making a big mistake if they're piggybacking me or -- or some other people that they may -- whose names appear in the paper. That is not a great strategy. A great strategy is just to buy stocks consistently over a lifetime and not worry too much about whether they go up or down in any given month or year." 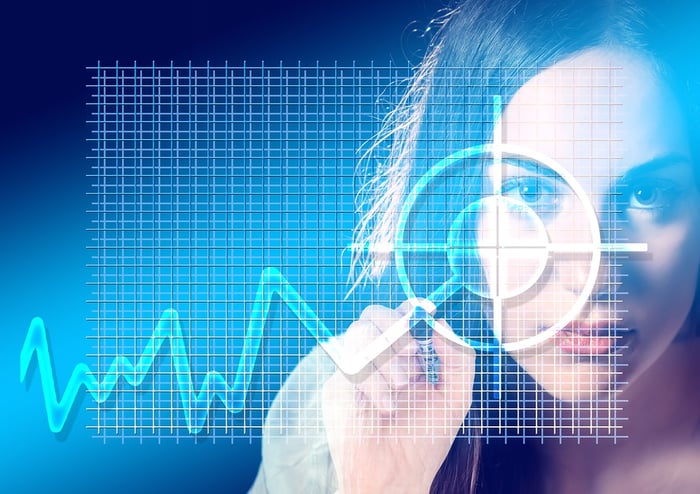 Warren Buffett's advice: don't be a follower, and definitely don't try to time the stock market. Although Buffett actually mentions that most Americans should consider buying index funds, he's a firm believer in regularly buying stocks and hanging onto them for extended periods of time. Trying to predict where a business will head in 10 years is a lot easier than over the next six months, and it's the strategy that's worked best for the Oracle of Omaha.

9. "[Y]ou love the idea of loving a manager that's terrific. But you always have to have basic faith in the business."

This is similar to what we've heard Warren Buffett say previously, but it bears repeating (albeit in a different context): business leaders come and go, but the business will still be there after they leave. Thus, while it's preferable that Buffett finds a CEO and management team he likes, it's not essential as long as the business model and growth strategy are rock-solid.

10. "[Q]uotations cause people to do things they wouldn't otherwise... Focusing on the prices and what they're doing is a terrible way to go -- to invest in businesses."

11. "In economics the most important thing to remember... after anything that happens if somebody tells you, 'This is gonna happen,' you gotta say, 'And then what?'"

Investing in stocks is all about the "and then what?" For example, a biotech company delivers great phase 3 results, but then what? What competition will it face? Does it have the funds and know-how to properly launch the drug if approved? Is the data strong enough to lead to an approval? How long will it take to be profitable? Is it a buyout target now? Are there partnership opportunities? These are just a small sampling of the questions you need to be asking to stay one step ahead of Wall Street and that short-term investor who does dumb things because of "quotations."

12. "I don't pay any attention to what economists say frankly. Well, think about it, I mean all these economists with 160 IQs and spending their life studying it. And can you name me one super wealthy economist who's ever earned money out of securities? No."

As an econ grad who invests in individual stocks, I simply had to throw this one in there.

13. "I think every business should be run as efficiently as possible. And some are and some aren't. We try to buy the ones that are."

This final comment sort of sums up Berkshire's strategy of buying businesses that can basically run themselves. Berkshire Hathaway's buys might aptly be described as "boring," but sometimes the world's most boring businesses are its most profitable. Based on Buffett's track record, it's hard to argue that this strategy doesn't work.

What's your favorite Buffett quote? Share it in the comments section below.

The Motley Fool owns shares of and recommends Berkshire Hathaway. We Fools may not all hold the same opinions, but we all believe that considering a diverse range of insights makes us better investors. The Motley Fool has a disclosure policy.