The big retailer hikes its starting pay by $1.50 per hour.

What happened?
Following a growing trend in the retail industry, Costco Wholesale (COST 0.06%) is raising the minimum wage it pays its employees. In a conference call detailing the company's Q2 results, CEO Richard Galanti revealed that it is lifting that base pay by $1.50 per hour, putting it at $13.00 to $13.50 for an entry-level worker.

This is the company's first raise in its starting wage since 2007.

The move follows similar raises at other big retailers. A boost to $10 per hour kicked in last month at Walmart (WMT -0.15%), while Target (TGT 1.63%) raised its minimum wage to $9 per hour nearly one year ago. Other retailers are anticipating similar increases.

Does it matter?
Although Costco has an army of workers, and obviously any increase in their hourly rate will have consequences, the impact to the bottom line shouldn't be too drastic. In his remarks about the wage hike in the conference call, Galanti said it is estimated that this will shave around $0.01 in per-share earnings in the current Q3 and $0.02 in each of the subsequent quarters.

In Q2, the company booked a per-share profit of $1.24, so we're not talking a great deal of potential erosion here. 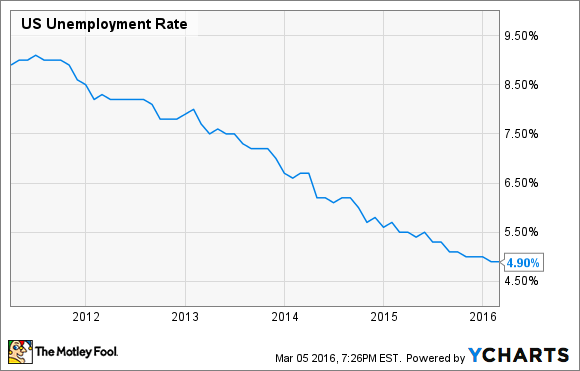 Also, it's a fairly small price to pay for staying competitive on the labor market, which has become increasingly urgent of late. The latest set of data indicates that the U.S. unemployment rate is now below 5%; it's becoming tough out there for the Costcos and Walmarts and Targets to find and retain good workers.

If anything, Costco's wage hike should be greeted with mild optimism from shareholders. It keeps the company competitive on the labor front and with minimal impact to profitability.

Domino's Pizza Earnings: What to Watch on July 21

How Good Are You at Guessing a Company's Market Cap?