A massive credit rating downgrade and a huge reduction in capex weighed heavily on this shale driller last month. 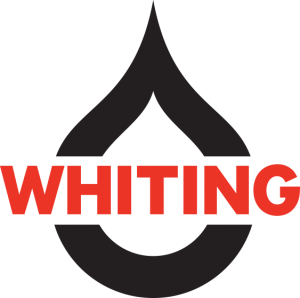 What: February was an abysmal month for Whiting Petroleum (WLL). That's after the company's credit rating was downgraded deeply into junk territory. On top of that, it announced its suspension of fracking operations in the Bakken shale.

So what: Credit rating agency Moody's downgraded a huge swath of oil and gas companies last month, with Whiting Petroleum seeing the biggest one of the bunch. It saw its credit rating reduced by five levels, from Ba2 to Caa1, pushing it deeply into junk territory. It's a level that implies that the company has substantial credit risks due to its heavy debt burden and very weak cash flow metrics. That heightened the risk that Whiting Petroleum would need to pursue debt restructuring in the future.

Whiting's credit cut was far deeper into junk territory than the downgrades of rivals SM Energy (SM -0.06%) and WPX Energy (WPX), whose credit ratings were cut from Ba1 to B2, implying that their credit is highly speculative. In SM Energy's case, the rating agency sees the likelihood that the company will see a big increase in its financial leverage next year should weak commodity pricing persist. WPX Energy faces similar issues, though it did sell $910 million in assets last month to bolster its balance sheet.

In a sign of just how tight Whiting Petroleum's credit has gotten, the company slashed its 2016 capex budget by 80% over last year's level. Along with that level of spending, it is in the process of winding down its fracking operations in the Bakken, and will instead wait until oil prices improve before it restarts operations. This is expected to cause its production to drop 18.5% over last year's average. That's a similar-sized drop at SM Energy, which is expecting that its overall production will slump 17.4%. WPX Energy, on the other hand, expects its production at the end of this year to be roughly flat with its 2015 exit rate.

Now what: Credit has really tightened in the sector, which has effectively ended the ability of drillers to spend beyond their means to maintain, let alone grow, production. Instead, they are being forced to live within very meager cash flows, with Whiting Petroleum's cash flow shrinking so much that it is being forced to wind down its fracking operations in the Bakken. Clearly, it needs to see oil prices meaningfully rally in the very near term in order to improve its financial position.

Matt DiLallo has no position in any stocks mentioned. The Motley Fool recommends Moody's. We Fools may not all hold the same opinions, but we all believe that considering a diverse range of insights makes us better investors. The Motley Fool has a disclosure policy.