Google gets a headstart on preparing the next major version of Android. 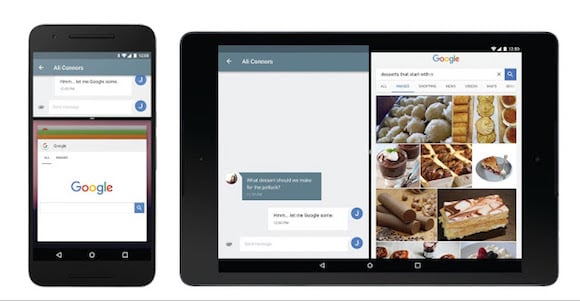 What happened?
In an unexpected move, Alphabet (GOOG 1.56%) (GOOGL 1.90%) has gone ahead and released a developer preview of its next major version of Android, code-named N. The company typically makes the developer preview available at its I/O developer conference, which takes place in May and just opened for registration. The Android N developer preview will only be available on Nexus devices for the time being.

The most notable new feature is the addition of split-screen multitasking, which Apple (AAPL 1.37%) also recently added to iOS 9. Both Nexus phones and tablets will be able to utilize this new feature, while only iOS tablets with sufficient RAM support Apple's Split View. Google is also improving notifications and overall system efficiency.

Google is also releasing the preview early to get a head start on developing a version for OEMs, which have long been a bottleneck to software updates (along with carriers). According to the latest official count, the latest Android Marshmallow released last year is installed on just 2.3% of Android devices. Android Lollipop, released in 2014, is the dominant version right now, at 36% of devices.

We still don't know what dessert-themed moniker N will carry, though.