Overall, industry challenges persist and improving execution will be one of management's main priorities in the future. 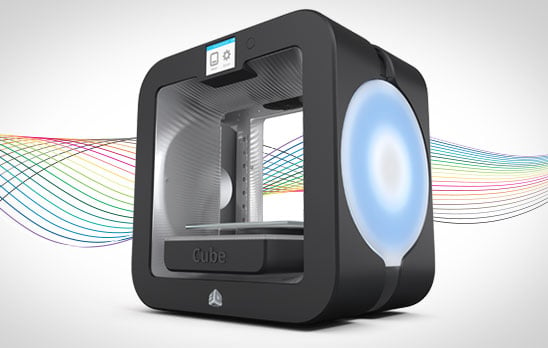 Shares of 3D Systems were at one point trading over 26% higher on Monday, reflecting optimism that the slowdown in customer spending that it and rival Stratasys (SSYS 2.13%) faced throughout 2015 may have turned a corner. For the year, 3D Systems' revenue increased 2% to $666.2 million.

Overall, 3D Systems' earnings showed that industry challenges remain and improving execution will be one of management's main priorities in the future.

A product of its environment
3D Systems' quarterly and full-year results reflect a weak customer demand environment. During all of 2015, 3D Systems and Stratasys experienced a notable slowdown in customer spending across geographies and industries. Stratasys believes the slowdown was driven by customers buying more 3D printing capacity than they needed in previous years, which resulted in a glut of 3D printing supply in customers' hands.

3D Systems' fourth-quarter weakness was driven by weak 3D printer sales, which fell 16.1% year over year to $73.6 million. Compared to the third quarter, 3D Systems' revenue improvement was supported by favorable timing of orders from healthcare and industrial customers.

For the year, 3D Systems experienced weakness in hardware and material sales, which were offset by strength in services that included acquisitions.

Margins holding
Although it's a been a challenging environment for 3D printing companies, 3D Systems hasn't seen a notable decline in its gross margins. In general, sustained margins suggest that a company isn't experiencing pricing pressures or differentiation issues.

Looking ahead: Continued uncertainty and more restructuring
Throughout the earnings call, management noted on several occasions that it's in the process of conducting a comprehensive review of its entire business. The goal is to find better ways to prioritize its resources, focus, and strategy, and is almost sure to remain a talking point from management in the quarters ahead. After all, it's an opportunity for management to convey that it's taking corrective actions to improve its operational performance, which it's previously struggled with.

Between ongoing restructuring efforts and how management expects the uncertainty that clouded the 3D printing industry in 2015 will likely continue into 2016, the company has opted not to issue guidance. However, in light off all this uncertainty, investors may find it reassuring that it ended the year with over $155 million in cash, zero long-term debt, and hasn't tapped into its $150 million credit facility.