The language specialist has seen sales plunge but cut its loss in half. 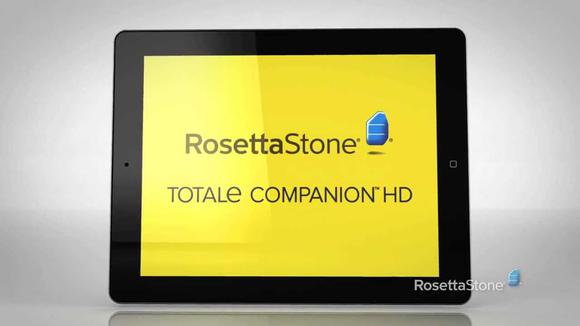 Most people have had a desire to learn a new language at some point, and Rosetta Stone (RST) has worked hard to try to put itself in position to be the go-to provider of foreign-language learning services. Yet Rosetta Stone has also looked to diversify its offerings, moving into the general educational area and going up against rivals like Scholastic (SCHL -0.73%) with its Lexia literacy-education product. Coming into its fourth-quarter financial report, Rosetta Stone investors weren't looking for an immediate turnaround, but they did want to see some signs of progress. Although the company is still losing money and seeing sales plunge, Rosetta Stone nevertheless cut its losses substantially and could finally be moving in the right direction. Let's take a closer look at how Rosetta Stone did last quarter and what's ahead for the company in the future.

Rosetta Stone garbles its growth
Rosetta Stone's fourth-quarter results weren't anything to write home about. Revenue fell 27% to $58.0 million, which was even worse than the 24% drop that investors were looking to see. A net loss of $11.4 million worked out to about $0.52 per share, and although that was extensive, it was nevertheless better than the $0.67 consensus loss forecast that investors had going into the report.

Looking more closely at Rosetta Stone's numbers, you can see some of the mixed influences on the company's overall results. The Enterprise & Education unit actually showed solid growth, with revenue climbing 6% to $26.3 million and making up more than 40% of Rosetta Stone's overall sales. Revenue related to the Lexia product nearly doubled, although the company said that the beneficial benefit of using purchase accounting accentuated growth in a way that will gradually dissipate over the next year or so.

However, the Consumer business kept showing signs of struggle. Revenue plunged more than 40% to $31.7 million, although Rosetta Stone had expected that sales trend to become more deeply established by now. Rosetta Stone is working to find ways to maximize profitability, and that has led to cost-cutting measures like a reduction in advertising spending and greater internal efficiency in minimizing operating costs. In addition, 24-month subscription products have a similar impact on sales that tech companies have seen from their cloud-computing solutions. Rosetta Stone doesn't recognize the revenue from those subscription sales all at once, but it trickles in throughout the entire period.

CEO John Hass said that Rosetta Stone is looking to keep moving forward on its overall plan. "We continued to demonstrate progress on each of the three priorities that were established when we embarked on this transformation in March 2015," Hass said, and he hopes that the moves will "improve operating performance and strengthen the business for the long term."

What's ahead for Rosetta Stone?
Yet Rosetta Stone is far from declaring victory. "We realize there is more work to be done," said Hass, and he therefore announced plans to restructure its Enterprise language business to concentrate more extensively on its most successful geographical areas. Doing so should leave Rosetta Stone primarily with business in the U.S. and northern Europe, and it could work with partners in some other areas. Nevertheless, Rosetta Stone expects to lay off about a sixth of its workforce and close its software-development operations in China and France.

The company also said that it was declaring its CEO search to be at an end. Hass will stay in the role, and he said he is looking forward to "continue the restructuring and position our company for profitable growth."

Rosetta Stone still has a long way to go in figuring out exactly how it can position itself for maximum growth down the road. By biting the bullet now, however, Rosetta Stone could well use its strong reputation for quality as a way to drum up more business if economic conditions strengthen throughout 2016.

Dan Caplinger has no position in any stocks mentioned. The Motley Fool recommends Rosetta Stone. We Fools may not all hold the same opinions, but we all believe that considering a diverse range of insights makes us better investors. The Motley Fool has a disclosure policy.