The automaker has gathered incredible excitement around a car that no one has ever seen. That's an accomplishment. 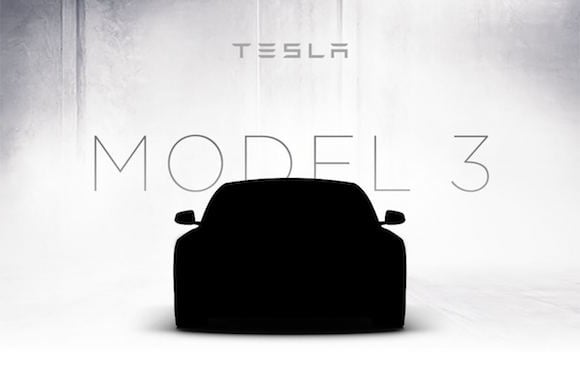 Ahead of Tesla's (TSLA 2.55%) Model 3 unveiling later this month, the excitement continues to build.

Investors can look at a few data points to gauge overall interest. Here's how search trends have taken off lately for "tesla model 3" queries:

There are also social media mentions.

Have a feeling I will be in a long line at Lenox Mall @TeslaMotors showroom waiting to order my #Model3 https://t.co/pxyeVGPhnu

15 days before I can order my #Tesla #Model3

Here's another bullish data point for the Model 3's prospects.

Survey says
CleanTechnica recently conducted a survey to assess purchase intent among its EV enthusiast reader base. Note that CleanTechnica appeals to broader environmentalists interested in EVs and renewable energy, and isn't a Tesla-specific enthusiast site. Hopefully this limits the bias within the sample. Speaking of the sample, there were over 1,200 respondents, which is a statistically meaningful sample size.

People were asked which EV that were most likely to purchase or lease next. Here are the top nine vehicles: 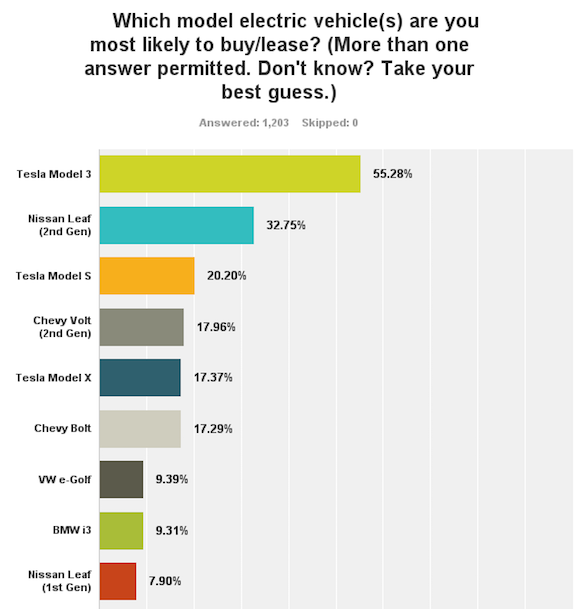 You'll note that Tesla occupies three of the top spots, but the Model 3 dominates the rankings with 55% interest. Other popular or highly anticipated EVs make an appearance, including Nissan's Leaf (both first-generation and second-generation) and GM's Chevy Bolt and Volt.

Perhaps what's most impressive though about all of this interest and excitement surrounding Model 3 is that we barely know anything about it. Here's a list of all the basic vehicle specs that Tesla has publicly shared:

We don't even know what it will look like, but the March 31 unveiling will remedy that. The only other company that I'm aware of that can generate this much excitement around unannounced future products that no one has ever laid eyes on is one that makes iPhones. And Tesla is doing it all without spending a penny on advertising.