Microsoft is embracing Linux in a big way, and it's already paying off.

In a remarkable strategic shift, Microsoft (MSFT -2.36%) announced earlier this month that it was launching a new version of its popular SQL server software on Linux. The move makes a lot of sense and fits perfectly within Satya Nadella's new strategic direction for the company. SQL Server on Linux will dramatically expand Microsoft's addressable market by broadening its horizons to other data center platforms.

Welcoming with open arms
Microsoft cloud and enterprise exec Takeshi Numoto says that approximately 8,000 companies have now signed up to give SQL Server on Linux a try, according to Business Insider. A quarter of those interested companies are in the Fortune 500, and a large portion of them are transitioning directly from Oracle's offerings. 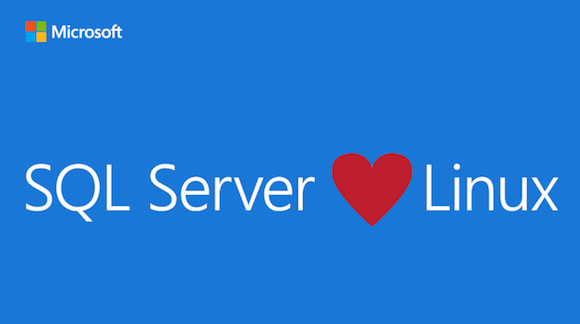 Oracle has lead the database market for years, and arguably gotten a little complacent with its leadership. Many customers are disgruntled and frustrated and have just been waiting for more competitive offerings to appear. Last year, Amazon.com's AWS division also made some overtures to Oracle customers. Oracle has been criticized for being aggressive with its sales tactics, leveraging its dominant market position.

As a free operating system, Linux helps enterprise customers save on data center costs and Microsoft can now address this segment of the market. Oracle's databases have long supported Linux.

"Cloud-first, mobile-first"
SQL Server on Linux is but the latest move in Satya Nadella's broader cross-platform vision, where Microsoft doesn't need to own the underlying platform in order to nurture a successful relationship with enterprise customers. Microsoft's Azure cloud platform even supports software and applications from rivals, and the company recently acquired a start-up that specializes in cross-platform development tools.

SQL Server is included in the Intelligent Cloud business, which comprised over 25% of revenue last quarter. It's a profitable business, too, with 41% operating margins. Microsoft's cloud business is stronger than ever, and it's all thanks to Satya Nadella.

Evan Niu, CFA has no position in any stocks mentioned. The Motley Fool owns shares of Oracle. We Fools may not all hold the same opinions, but we all believe that considering a diverse range of insights makes us better investors. The Motley Fool has a disclosure policy.