Short-sellers are betting big against these three stocks. 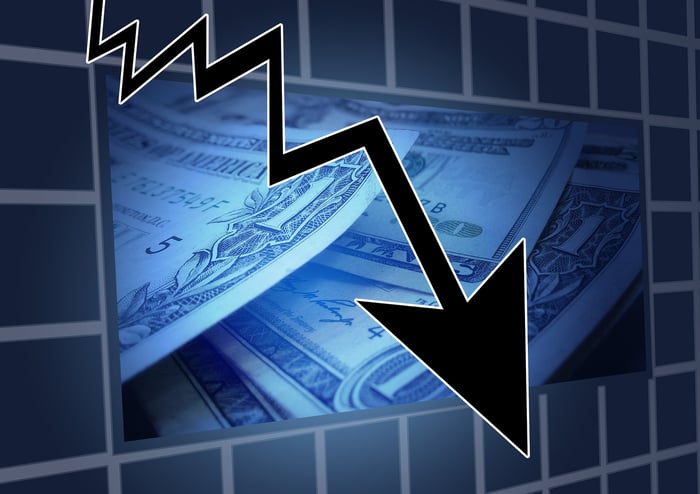 The stock market has recovered nicely from its February lows, but that doesn't mean every stock has benefited from the rally. In fact, a handful of stocks have continued to sell off even as the overall market rises, in part because short-sellers have taken big positions against them.

Below, three Motley Fool contributors explain why Sears Holdings (SHLDQ), GoPro (GPRO -1.49%), and Solar City (SCTY.DL) are three stocks Wall Street loves to hate, and whether they think the bearish outlook for these stocks is justified.

Rich Duprey: Wall Street dislikes Sears Holdings so much that despite being a billion-dollar company producing more than $5 billion in revenues annually, it's largely given up covering the retailer. Only one analyst is credited with following the department store, and he thinks it's just a matter of time before Sears goes under.

It's not without reason. Over the past decade or so, since Chairman and CEO Eddie Lampert merged the ailing Sears, Roebuck with the equally distressed Kmart, tens of billions of dollars of shareholder value has been destroyed. As stores and assets have been closed, sold, or spun off, what remains is a shell of the former company, while heaps of debt have been piled on. Lampert has been excoriated for using financial gimmicks honed as a hedge fund manager instead of tending to his company by making the shopping experience in the stores pleasurable. In one notable example, he dismissed the idea he had to fix up his stores because customers weren't interested in "decor and fixtures."

In his latest chairman's letter to shareholders, he hits back again at critics of his style, saying that new economy companies are held to different standards. Uber, for example, is praised for raising $10 billion in capital, even though it lost a billion dollars in China, while Tesla is held up as a marvel, yet gets by because of massive taxpayer subsidies. Sears, he says, is simply part of an older business model that's under attack and needs to change, which is something he's trying to do, but it's also affecting rivals Macy's, Kohl's, and Nordstrom.

Perhaps, but they haven't neglected their stores the way he did with Sears, and though his Shop Your Way program does bring some innovative changes to retail, Wall Street thinks it may also be a case of too little, too late to save Sears Holdings from eventually succumbing to the malaise afflicting it.

Brian Feroldi: One stock short-sellers have their eyes on is action-camera maker GoPro, as more than 21 million shares of the company's stock have been sold short. That represents roughly 28% of the company's publicly traded float, which is a sizable bet indicating many Wall Street pros are predicting more pain ahead.

Shorting the company's stock has been a profitable move over the past year as shares of this former high-flyer have shed more than 70% of their value. The huge decline has been caused by a combination of disappointing financial results over the last few quarters mixed with lackluster guidance for 2016.

In the most recent period, revenue dropped by 31% when compared to the year-ago period, a result of a disappointing holiday quarter. That plunged the company into the red for the period, yielding a $41 million operating loss. It looks like management is expecting the pain to continue, as they are forecasting revenue of $160 million to $180 million in the current quarter, which would equate to a decline of nearly 47% at the midpoint from the $363 million it recorded in the first quarter of 2015.

The guidance seems to suggest that GoPro's action cameras are too much of a niche product to matter to everyday consumers, and that its current market may be saturated. If that's true, GoPro will have a tough time finding growth avenues, which could cause the weakness in its share price to continue.

Brian Stoffel: SolarCity has long been in the crosshairs of short-sellers -- and it's easy to see why. The company has yet to turn a profit since going public, and it isn't expected to do so any time soon. The financial metrics management relies on are highly unusual, and they bake in assumptions that solar contracts will be paid and renewed for a grand total of 30 years, and if that wasn't enough, the company is highly sensitive to decisions by regulators.

That all helps explain why roughly 27.4 million shares, or 45% of SolarCity's float, is sold short. That's been a profitable position to take, as SolarCity has lost nearly half of its value in 2016 alone, and is about 70% off of its all-time high reached in 2014. The decision by Nevada to end net metering is the most recent example of how vulnerable the stock is to the decisions of regulators.

The most important thing for investors to be aware of is that management has recently signaled a shift in its strategy. Instead of trying to double its base of installed capacity every year, SolarCity will be pulling off the revenue pedal in order to shore up the balance sheet. It's also deciding to go after tougher-to-reach-but-more-lucrative commercial installations, like the one recently signed with Whole Foods.

Sears' Deal With Amazon.com Isn't Going to Save the Company