It's a showdown between the pioneers of surgical robotics and pacemakers.

The medical-device industry is expected to grow right along with average life spans and incomes among developed nations. Trying to ride this trend by investing in most drugmakers has been disastrous recently. The Nasdaq Biotechnology Index (IBB 0.93%), and S&P Pharmaceuticals (XPH 1.02%) indexes have been pummeled over the past year. 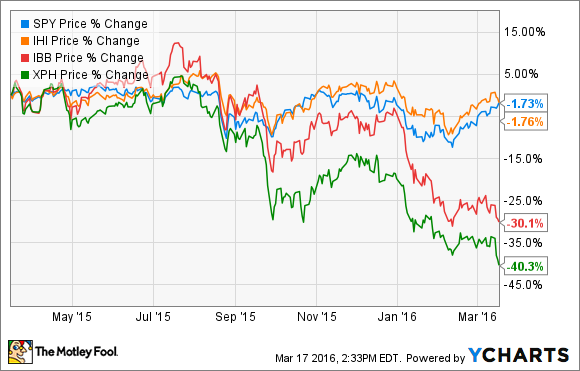 However, there's more than one way to ride this demographic trend. The US Medical Devices Index (IHI -0.02%) has flown under the radar of healthcare price hawks, ebbing and flowing right along with the S&P 500 benchmark. Industry heavyweight Medtronic (MDT 0.47%), and robotic-surgery pioneer Intuitive Surgical (ISRG -0.82%) have been going through some interesting changes lately. Let's compare the two on a handful of metrics to see which is a better buy.

Value focus
Over the past year, both companies have moved in opposite directions. Medtronic has fallen about 3%, while Intuitive shareholders have enjoyed more than a 10% rise since last March. However, this hasn't been the case the entire year, as Intuitive shares are far more volatile than Medtronic's.

Part of that volatility can be explained by the high premium investors have typically been willing to pay for Intuitive's potentially explosive growth. The stock looks very expensive, with a trailing earnings multiple just over 36. By the same yardstick, Medtronic shares are even costlier at 44 times trailing earnings, but that's largely due to the recent $50 billion acquisition of Irish-domiciled minimally invasive surgery specialist Covidien.

Medtronic completed the acquisition just last January. Optimism over the merger's benefits drove the price upwards, while a number of one-time charges put a temporary dent in the bottom line. At just 17 times forward earnings, Medtronic's far less expensive than Intuitive, which is trading around 32 forward earnings.

Profit sharing focus
When it comes to sharing its profits with shareholders in the form of dividends, Medtronic has a fantastic record. For 38 years Medtronic shareholders have received bigger payouts, and the latest increase was a hearty 25%.

Medtronic's dividend yield of 2% isn't terribly exciting, but it's better than nothing. Intuitive doesn't pay a dividend and plows nearly all of its earnings back into the company's operations in attempts to expand the business. It has authorized $4 billion in share repurchases since 2009, but those repurchases haven't done much to increase shareholders' potential slice of profits over the long term. The number of diluted shares outstanding is about the same as it was a decade ago.

In addition to its legendary streak of dividend hikes, Medtronic made regular share repurchases that reduced the share count by more than 17% over the past decade, but the Covidien acquisition undid that progress and more. Each acquired share was traded for $35.19 in cash and 0.956 of an ordinary share of the "new" company, raising the number of outstanding more than 40% overnight.

Following the acquisition, Medtronic is chipping away at its share count again, and has already reduced the share count by about 2%. At the end of January the company had board approval to repurchase of about 5.7% more.

Growth focus
Investors who have held on to Intuitive Surgical since its early days following the dot-com bust have been rewarded with more than a 60-fold return, but a lack of growth in recent years has left investors jittery. 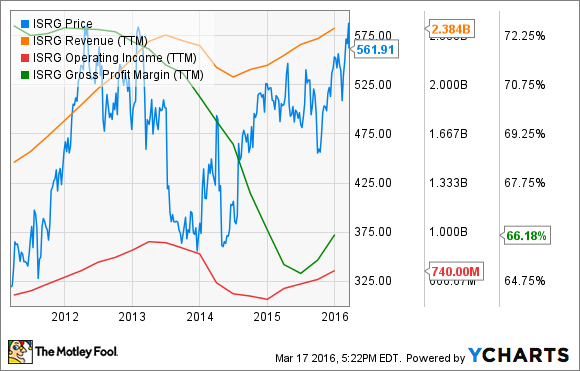 When revenue and profits dipped recently, the stock took investors on a roller-coaster ride. Although revenue has returned to growth, operating income hasn't. That dip in gross margin also suggests the company is losing some of its pricing power.

Nothing attracts competition like success. Despite thousands of patents for its minimally invasive robotic-surgery devices, some big players, including Medtronic are eager to enter this high growth market. 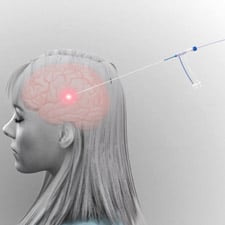 In addition to escaping the developed world's highest corporate tax rate to one of the lowest, the Covidien acquisition leapfrogged Medtronic into minimally invasive surgery, with products healthcare providers are already familiar with.

Granted the products it acquired from Covidien aren't nearly as exciting as Intuitive's da Vinci surgical systems. That doesn't mean Medtronic doesn't have cutting-edge technology. For example, in 2014 it bought out Visualase, a company it already had an equity stake in. For about $70 million upfront it added the company's MRI-guided laser ablation technology to its neurology portfolio.

I find the da Vinci surgical system breathtaking, but I consider Medtronic a better buy because it has some things Intuitive doesn't: a diverse product portfolio, and accompanying salesforce relationships. 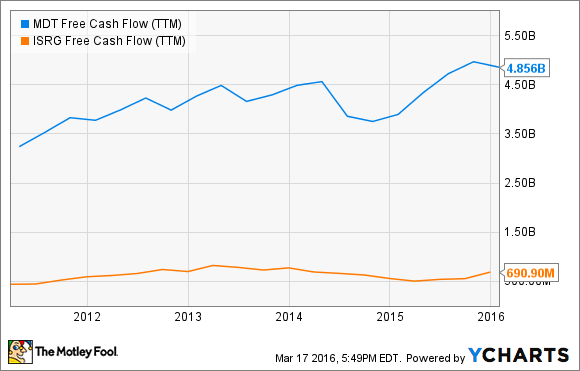 Most importantly, Medtronic has massive amounts of free cash flow. Enough to buy cool new brain lasers with what amounts to pocket change, while maintaining a commitment to return at least half its free-cash-flow to shareholders in the form of share repurchases, and dividends that keep rising.

Is Anavex Life Sciences a Smart Stock to Buy Now?