Main Street Capital (NYSE:MAIN) remains an excellent case study as one of the top-performing companies in its industry. Since inception, it has wildly outperformed its peers, and it all boils down to three simple things. 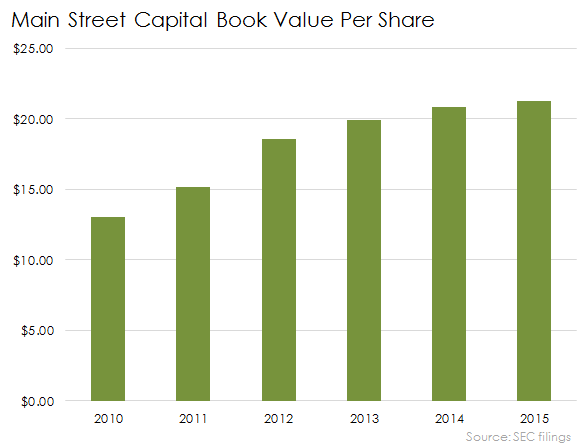 Thus, the only two needle-moving methods for growing book value per share are to:

2. Winners outpace losers
Main Street Capital makes debt and equity investments in small businesses. Over time, the debt portfolio will naturally erode as interest income is paid out in dividends, and losses take their natural toll to book value. The equity portfolio is thus its greatest source of upside. BDCs aim to recover losses in their debt portfolios by generating gains on their equity portfolios.

Main Street Capital's equity portfolio has allowed it to paper over its debt investment losses over history. The chart below shows its net realized gains or losses on a per share basis since 2010. Note that since 2010, it has generated gains in more years than it has generated losses, and the gains have exceeded these losses. 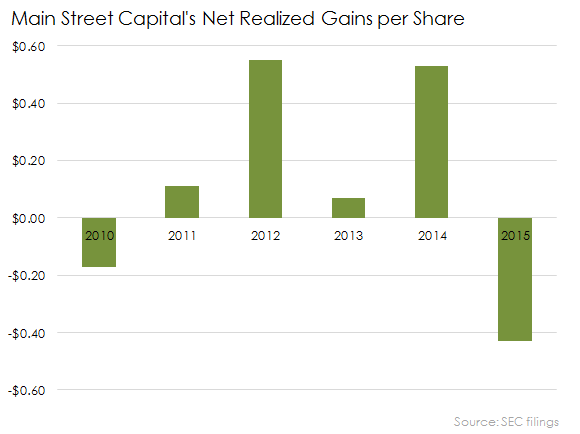 Gains on the investment portfolio help Main Street Capital afford its semi-annual special dividends, which have recently tallied to $0.55 per share in 2015. Though these have become somewhat "regular" for Main Street shareholders, it's important to recognize that these special dividends will ebb and flow with Main Street's ability to generate net realized gains by selling its portfolio companies at a profit. 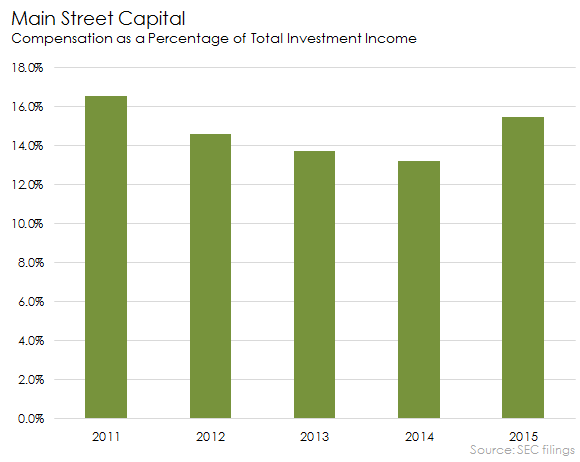 From banks to BDCs, and from private equity funds to public mutual funds, it's a simple fact that a dollar spent on compensation is a dollar that doesn't make it to the shareholders' pockets. Over time, companies that are simply average operationally can outperform by being above average in holding down their expenses.

Main Street's frugality means that even if it turns out to be an average underwriter and operator, its low costs will make it a star in its industry. Unless its underwriting deteriorates, or its expenses jump significantly, it should continue to command an above-average valuation.