The marine life park operator hasn't please all of the activists. 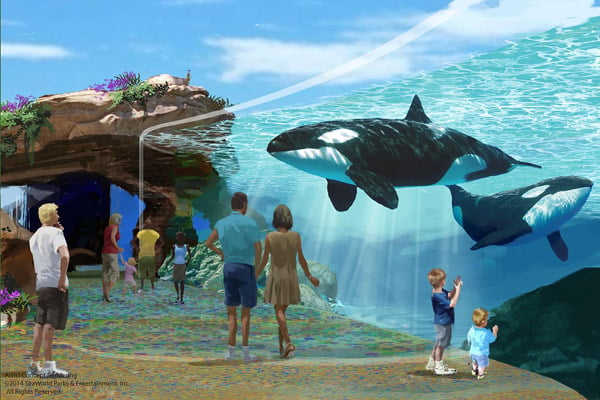 Attendance at SeaWorld Entertainment (SEAS 1.42%) theme parks isn't exactly hopping, but the same can't be said about its shares. SeaWorld stock has closed higher for four consecutive trading days -- a rare sight in of itself -- soaring 18% along the way.

SeaWorld stock closed above $20 for the first time in 2016 on Monday. Adjusted for dividends, this would be the highest that shares of the marine life theme park chain have been in more than nine months.

The catalyst for the rally is clear: SeaWorld announcing an end to its active orca breeding program and plans to wind down its killer whale performances should improve the tarnished brand. It's not giving animal rights activists everything that they want, but enough of what they've been clamoring for without imploding the SeaWorld business model overnight.

However, just as one breed of activist is laying down its collective picket signs another activist is winding up into action. Greg Taxin -- an activist investor from Spotlight Capital Management that owns a roughly 4% stake in SeaWorld -- was on Bloomberg TV Monday, arguing that the board of directors can use some refreshing. Taxin is upbeat about Joel Manby, who stepped in as SeaWorld's new CEO last year after running the parent company behind Dollywood and Silver Dollar City. However, he feels the board itself is filled with too many complacent members that lack the experience in either theme parks of critical areas that will help SeaWorld in its turnaround efforts.

He also argues that the stock remains sorely undervalued relative to Six Flags (SIX 0.41%) and Cedar Fair (FUN 0.38%), a claim that depends on your measuring stick of choice. SeaWorld is trading at 25 times this year's projected earnings -- in the middle of Six Flags at 30 and Cedar Fair at 18. In terms of yield, SeaWorld and Six Flags are both at 4.2%. That's generous, but not as compelling as Cedar Fair with its yield of 5.5%.

However, all three companies are highly leveraged, making it more useful to weigh revenue and cash flows against their respective enterprise values. SeaWorld is fetching 9.8 times trailing EBITDA based on its enterprise value. That's cheaper than Cedar Fair at 10.8 or Six Flags at 14.7. Compare revenue to enterprise value and SeaWorld is once again the cheapest of the three.

SeaWorld has been out of favor since the moment it went public at $27 in 2013. It remains a busted IPO, but that's not unexpected given the 2013 and 2014 slides in attendance as a result of fallout from the Blackfish documentary. Attendance inched slightly higher last year, but revenue still retreated as SeaWorld had to discount admissions to drum up park guests. However, if the pivotal strategic shift announced last week does the trick in hosing off the brand's notoriety it won't be long before SeaWorld is valued closer to its peers.

Rick Munarriz owns shares of SeaWorld Entertainment. The Motley Fool has no position in any of the stocks mentioned. We Fools may not all hold the same opinions, but we all believe that considering a diverse range of insights makes us better investors. The Motley Fool has a disclosure policy.

Why Did It Take a Disney World Rival 2 Years to Open New Roller Coasters?
405%