The barriers to enter the pay-TV market are coming down. 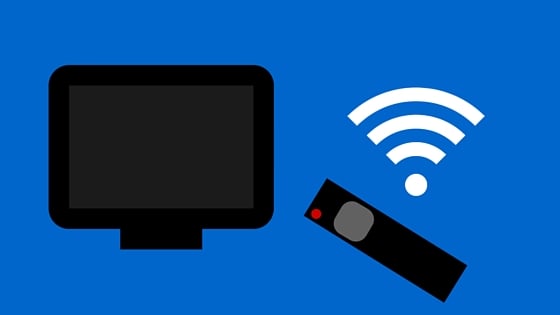 Just a few days after Sony (SONY -2.62%) launched its PlayStation Vue streaming TV service nationwide, The New York Post reports both Facebook (META -6.79%) and Twitter (TWTR) are in talks with television programmers to stream their content. That follows reports that both Amazon (AMZN -3.03%) and Apple (AAPL -2.54%) have both been in talks for streaming services of their own.

The barrier to entry for pay TV has all but disappeared. Just 10 years ago, telco companies were investing billions in infrastructure to take on the big cable companies. But now any company willing to pay for content can enter the market thanks to the prevalence of video streaming services.

That should terrify cable.

The newest entrants
Both Facebook and Twitter have been pushing heavily into live streaming. Twitter purchased Periscope before the company launched a product, and it quickly grew the app to become the leader in personal live streaming. Facebook countered by integrating live streaming into its flagship app late last year, and rolling it out to all 1.6 billion users earlier this year.

Now, Facebook is looking for more professional content to help it overtake Periscope. Reports indicate that Facebook is interested in the NFL's streaming package for Thursday Night Football, and the company has approached Hollywood celebrities to do more live streaming in exchange for cash.

Facebook has already landed a deal with E! to broadcast a daily episode of Live From E! at 12:30 p.m. ET every day. The show's format will involve live interaction of Facebook's audience through the platform.

Low barriers to entry and a better product
For companies with established platforms like Sony, Facebook, Twitter, Amazon, and Apple, there's not much standing in the way of launching a streaming TV service besides how much they're willing to spend on content. And with cord-cutting on the rise, networks are more willing to work with non-traditional distribution partners to get their content in front of as many eyeballs as possible.

On Disney's first-quarter earnings call, CEO Bob Iger blamed the rise of skinny bundles for the decline in ESPN subscribers. His plan to stop the bleeding: get ESPN into more skinny bundles. That may be why Disney finally agreed to include its channels in Sony's PlayStation Vue, and it may lead to similar deals with other companies like Amazon or Apple.

More importantly, these tech companies are capable of providing a better user experience than cable. They know more about their audience, which means show recommendations and advertisements will be significantly better than what cable can do. They have existing ecosystems, which means television will be available on the devices and apps consumers already use. And most have expertise in developing good user interfaces, an area most cable providers are severely lacking.

What's more, they can do it for less. The infrastructure costs are minimal to start up and are instantly scalable as demand increases thanks to cloud computing companies like Amazon Web Services. Installation costs are zero, and customer acquisition costs are however much it costs for a free trial and some advertising. And considering consumers already interact with many of these companies every day, they have prime access to some of the best digital advertising real estate.

Many cable companies have already started to fight back against streaming with services of their own. But there's a deluge of new competition coming, and that should really scare them.