Under pressure from a shareholder block, the company awards three new board seats and gets a standstill agreement in return.

No sensible company wants to get embroiled in a nasty proxy fight with unsatisfied stockholders. Exhibit A: software veteran Autodesk (ADSK 0.63%), which earlier this month reached a peace deal of sorts with a pair of activist investors. Here's a look at that pact and what it might mean for the company going forward. 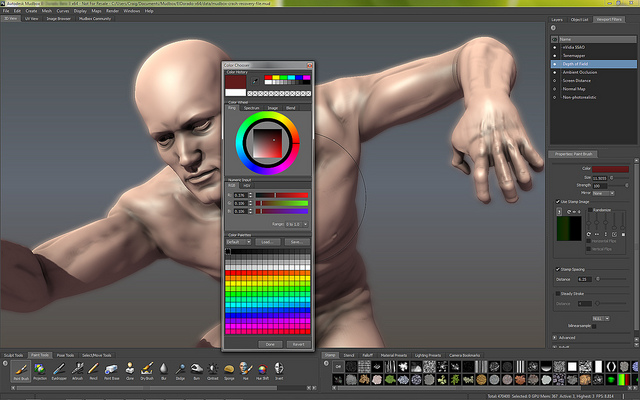 Actively engaged
The investors, hedge funds Sachem Head Capital Management and Eminence Capital, are relative newcomers to Autodesk. Both divulged big stakes in the company last November in addition to a pledge to work in concert as shareholders. The pair revealed a combined 11.5% stake, divided more or less evenly between them.

Autodesk is a prime target for activism. Although it's a top name in various types of design software, that renown hasn't lately translated into financial success. Revenue has been flat over the last two fiscal years, with the bottom line eroding steadily across the past half-decade, culminating in a $326 million loss ($1.44 per diluted share) in fiscal 2016.

More pain is in store for the company; it's projecting an even wider bottom-line deficit of $2.91 to $3.32 per share for the current fiscal 2017.

Autodesk is a company in transition; like other software providers, it's attempting to move its customer base from the traditional buy-and-fly, one-time software purchase to a cloud-based subscription model. Even though it's managed to grow those subscription numbers, it seems it still has quite some distance to go before the new model is efficient enough to make a buck.

At this point, the last problem Autodesk likely needs is a wearying fight with rebellious investors.

That's probably a major reason it agreed to the settlement with Sachem Head and Eminence, the key provision of which is that three additional people are to join its board.

These include, crucially, Sachem Head founder Scott Ferguson, who will also serve as a member of the board's compensation and human resources committee -- i.e., the body that helps decide who leads the company, and how much they're paid.

In return, Autodesk becomes the beneficiary of a so-called "standstill" agreement, in which the two investors agree to cooperate with the board. Effectively, this means they shouldn't disparage, provoke, or agitate for change for a certain period of time. The pact expires this Sept. 30.

A model for success
Autodesk is essentially keeping things quiet on the aggrieved shareholder front for a few months. That doesn't sound like very long, but determined activists don't need much time to shake things up at their target companies.

The following month, Xerox agreed to not only split into two companies in order to "drive shareholder value," but to award the Icahn Partners leading light three of the nine board seats in one of those entities.

The voices of activist investors are getting louder, with numerous other recent examples of successful agitating. These include the latest win for Icahn Partners and its cohorts, who managed to score (along with fellow high-profile activist John Paulson) a pair of board seats at insurance giant American International Group.

Cease-fire
In this atmosphere, and facing an activist bloc that holds an 11%-plus stake, Autodesk is probably making the right move by inking its peace deal.

This buys it some time to show that its shift to the cloud is working. If its current Q1 and upcoming Q2 come in above expectations, and/or that subscriber growth is impressive, it might be able to fend off those gadflies a little longer. But Sachem Head and Eminence have pushed their way into the company, and they probably won't let go anytime soon -- no matter what.