The tightest competition between two stocks I've ever seen. Both are excellent companies that should be on investors' radar. 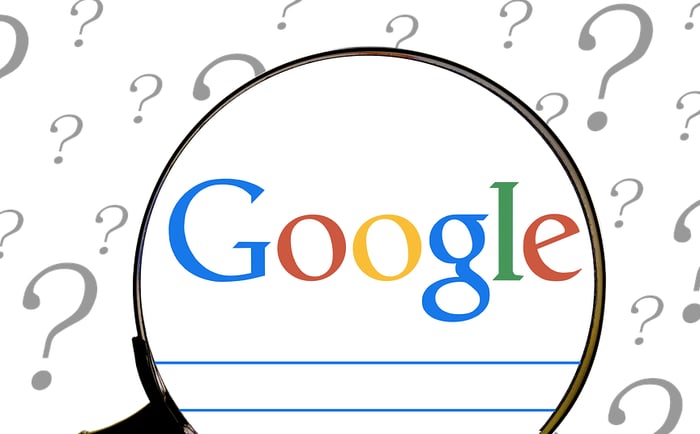 Will Google come out on top in a face-to-face matchup with Facebook. Image source: Pixabay.?

When it comes to "high conviction" stocks, there are no two companies higher on my list than Facebook (FB 1.83%) and Alphabet (GOOG 4.16%) (GOOGL 4.20%) -- better known as Google. Both founder-led companies are incredibly successful, with milewide moats surrounding their businesses and a vision for the future that goes far beyond just making a profit.

That's why these two, combined, account for almost 25% of my family's real-life stock holdings. It's also why I think determining which stock is a "better buy" is extremely difficult. To try to make the task a little easier, I'll be viewing both companies through three different microscopes -- and looking to see if there's a clear winner.

Financial fortitude
This is often the most boring metric to watch. Having money in the bank is nice, but a lot of investors want to know how that money will grow.

Thankfully, CEOs of great companies know the value of cash in the bank and low debt levels. When times get tough, those with tons of debt are fragile -- often at the whim of creditors or credit markets, and can sometimes be forced to declare bankruptcy. Those with lots of cash can actually view tough financial times as a boon -- they don't have to worry about paying the bills, and can oftentimes make smart acquisitions or outspend competitors to expand their market share.

Here's how Facebook and Alphabet stack up in metrics of financial fortitude.

Investors in neither company need be worried -- these are astoundingly healthy cash machines, with relatively low levels of debt.

But if I had to declare a winner, it would be Alphabet. While it is valued at about 60% more than Facebook, Alphabet's cash hoard, net income, and free cash flow are all between double and quadruple that of Facebook.

But the P/E metric is but one of four that are at least worth considering when determining a stock's value. On this front, here's how the two compare.

On the first three metrics, Alphabet appears to clearly be the cheaper stock. But the last metric measures one's P/E versus the amount of growth that it is expected to produce in the years to come. And on that front, Facebook actually appears cheaper.

Why is that? Primarily, Facebook has shown itself to be a mobile advertising king -- which has helped the company grow revenue far faster than anyone would have thought when it went public in 2012. In fact, compare revenue and earnings growth for the two companies over the past four years.

Given that both of these companies stand to benefit from a huge shift toward mobile ad dollars, and the speed at which Facebook is currently growing, I think this one is essentially a draw.

For these two, the most potent of all competitive advantages is at play: the network effect. With each new user of Google or Facebook, each company is able to add more data to its troves -- which makes their advertising propositions explode. But each new user also motivates other users to join (what would be the point of Facebook if no one else was on it?), which creates a very virtuous cycle.

So which sustainable competitive advantage is the strongest? Well, I don't think it's possible to unseat Facebook as the king of social media. Google actually tried with Google+, but that hasn't moved the needle. And with WhatsApp, Instagram, and Oculus Rift on the verge of becoming even larger revenue producers, I think Facebook's moat is very wide.

The same holds true for Google, which has a suite of products with over 1 billion users: Google search, YouTube, Maps, Gmail, Android, and Chrome, to name a few. Famed investor Charlie Munger once said that Google has one of the widest moats he's ever seen -- and it's hard to argue with that.

But in an effort to end this battle royale in a tie, I'm going to give the edge to Facebook. Here's my reasoning: While Google has tried and shown it can't touch Facebook, I still think it's within the realm of possibility -- a slight one, mind you, but a possibility nonetheless -- that Facebook could figure out a way to offer a search product that bypasses Google.

So there you have it: Both of these are excellent companies that just about any investor should consider adding to their portfolio. The shift of advertising dollars from print media toward desktop and mobile is enormous, and no two companies stand to benefit more than Alphabet and Google. At the end of the day, they're both worthy of your consideration.