Please ensure Javascript is enabled for purposes of website accessibility
Log In Help Join The Motley Fool
Free Article Join Over 1 Million Premium Members And Get More In-Depth Stock Guidance and Research
By Selena Maranjian - Apr 4, 2016 at 9:42AM

If you're wondering how to get your biggest tax deduction, the answer might be by bundling. A lot of tax dollars can be saved if you pay attention to when you deduct various sums.

By bundling deductions, you can end up with a bundle of savings in your hand. Photo: TaxRebate.org.uk

Taxes in general aren't exciting, but the prospect of cutting our tax bill certainly is. Seeking out deductions and credits available and applicable to us is one of the best ways to do that. But if you're wondering how to get your biggest tax deduction, the answer might be by bundling.

Many people are familiar with the term "bundling" as it applies to cable companies, that like to tell you how much you're saving by signing up for bundles of services -- phone, cable, Internet. You can save money -- tax money -- by bundling some expenses on your tax return, too. (This strategy is sometimes referred to as "bunching.")

How to bundle, to get your biggest tax deduction
Here's how it works. As you may know, you can deduct all kinds of expenses, such as charitable contributions, medical expenses, property taxes, and so on. Many people don't think about working on their tax return until perhaps February, two months before it's due. At that point, they might comb through their checkbook registers and credit card statements, making a list of any expenses they may be able to deduct. That's a reasonably sound process, but it's not the best one.

Instead, aim to start tallying well before the end of the year. And think hard about any expenses you know you will be coming up early in the next year. For example, you can take a deduction for state and local property taxes you pay. If you expect to be making such a payment in January, submit it a little early, in December. That way it will count for the current tax year and will help you take a bigger deduction.

That's the strategy, in a nutshell. Note that you can't bundle, or bunch, in the same way each year. By moving that property tax payment up a year, you leave yourself with a smaller deduction for property taxes in the next year. So bundling works best if applied every other year. 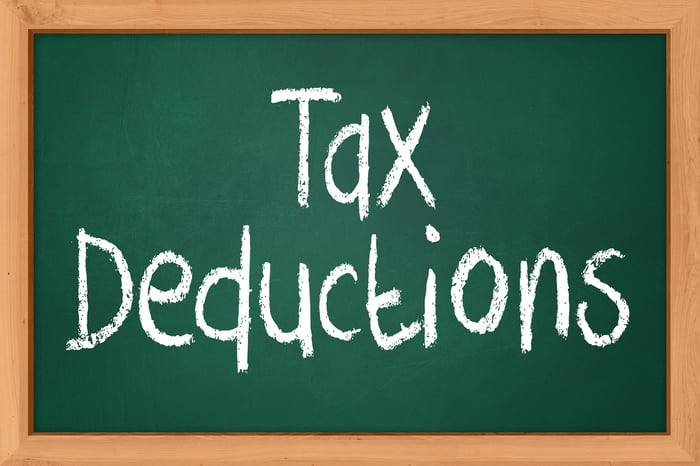 Bundling ideas
Here are some ideas for how you might bundle expenses:

Where bundling is most valuable
The bundling, or bunching, strategy can be especially effective when it comes to deductions that need to exceed a certain threshold in order to work. For example, qualifying medical expenses can be deducted only to the extent that they exceed 10% of your adjusted gross income (AGI). (For those aged 65 or older, it's 7.5% through the end of 2016.) Thus, if you're planning to spend a significant sum on, say, hearing aids or laser eye surgery, you might want to see if it makes sense to spend that sum in the current tax year or the next one, as it could help push your medical expenses over the 10% threshold.

While you're moving sums around ...
Here's a final idea. Bundling deductions can help you get the biggest tax deduction possible, but you can also reduce your tax bill by reducing your income. That might sound like an unwelcome idea, but here's how it can be OK: If you're expecting to receive a bonus at work, or a payment from a customer, near the end of the year, see if you can delay receiving it until January. That way you still receive the money, but it will count as income for next year, reducing your current tax bill.

A lot of tax dollars can be saved if you pay attention not only to sums you can deduct, but to when you deduct them.