NRG Energy had a great run last month. Here's what you need to know. 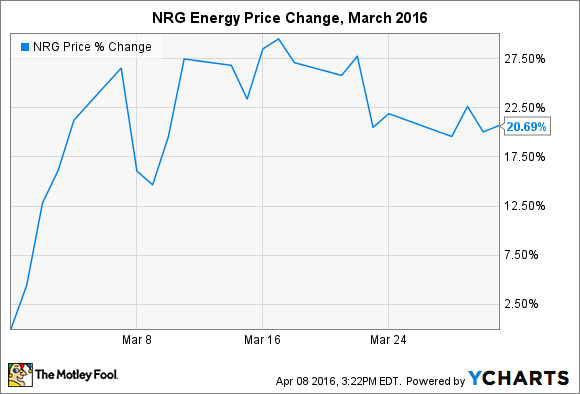 So what: March started off on the right foot when NRG Energy announced full-year 2015 financial results on the last day of February. The company notched record full-year adjusted EBITDA of $3.3 billion and accelerated its debt reduction efforts. The latter will result in a slightly reduced quarterly dividend, from $0.14 per share to $0.12 per share. Investors still enjoyed the progress, which gives confidence that NRG Energy remains on solid footing for the future.

Now what: Investors have stomached plenty of volatilty in recent years. After peaking at over $37 per share in mid-2014, shares of NRG Energy collapsed all the way to $9 in late 2015 after its longtime CEO stepped down. While challenges remain for the company, I think there's a solid case to be made for this being a value play for long-term investors.