Please ensure Javascript is enabled for purposes of website accessibility
Log In Help Join The Motley Fool
Free Article Join Over 1 Million Premium Members And Get More In-Depth Stock Guidance and Research
By Daniel Miller - Apr 12, 2016 at 8:34AM

CarMax's growth slowed during the second half of its fiscal year, but its financial metrics remain historically strong.

Even though CarMax (KMX 1.29%) posted a relatively strong fourth-quarter result Thursday, investors weren't thrilled with the figures and promptly sold the stock off by about 5%. Apparently, Deutsche Bank agreed, moving its price target from $72 to $67 Friday morning and maintaining its "hold" rating on the stock.

Investors need to keep some perspective on the results, and I'd like to offer a few graphs to provide some long-term context for CarMax's business.

Let's take a look
There have been concerns about margin pressure in the new- and used-vehicle sales market. Sure enough, that was evident in CarMax's fourth-quarter and full-year figures. However, investors should consider that gross profit per used unit has remained relatively unchanged, and near historic highs, for years. 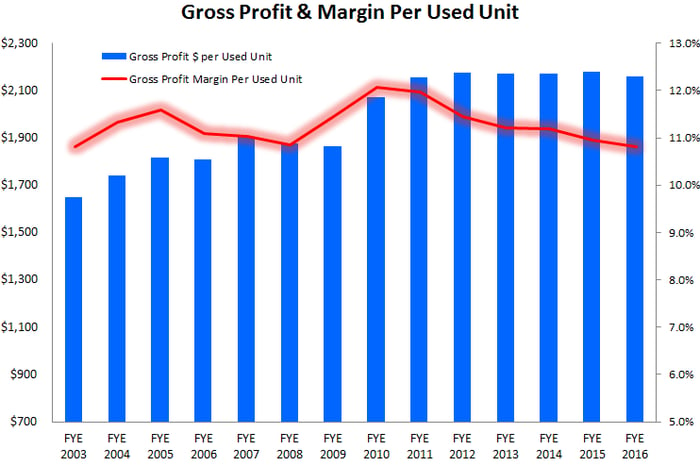 And while CarMax's gross profit margins per used unit have declined slightly in recent years, investors should note that management has said all along it won't pad margins when the opportunity arises, because it believes passing on deals to consumers will make them customers for life. 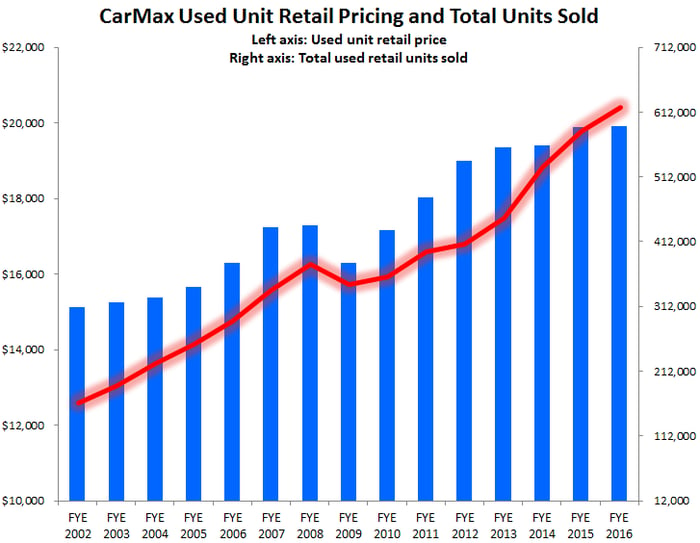 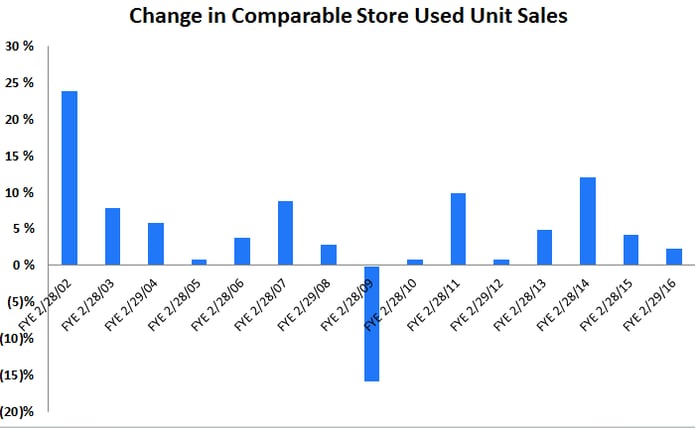 Another thing investors should pay close attention to is how the company's SG&A expense compares with total revenue. CarMax is aiming to open about 15 stores per year, and each new store is obviously less efficient in operations at first, as well as more expensive, with all the necessary fresh marketing and advertising at the outset. 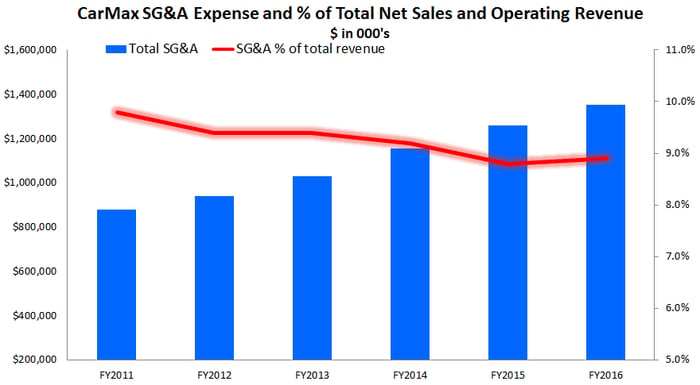 There was a slight uptick in SG&A percent of total revenue, but as long as it stays around the 9% mark, investors should remain optimistic about CarMax's overall growth story and earnings potential.

While used-vehicle sales obviously power the majority of CarMax's gross profit -- 66%, to be precise, for fiscal 2016 -- wholesale vehicle gross profit now generates nearly 20% of total gross profit. So investors looking to see CarMax expand its earnings potential beyond used-car sales should keep an eye on the following information. 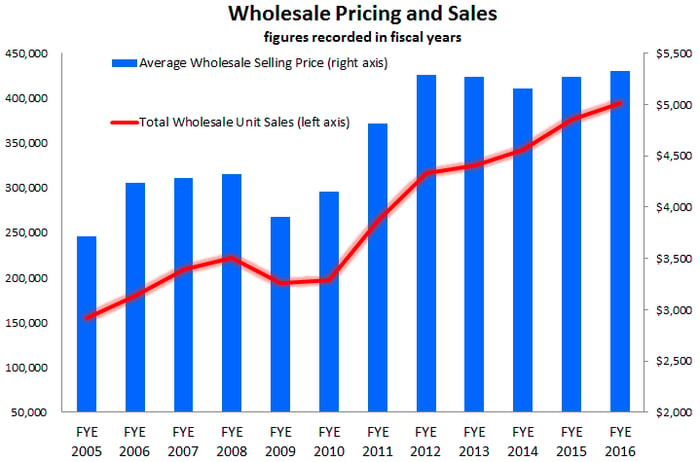 Lastly, CarMax returned additional value to shareholders by repurchasing 3 million shares of common stock during the fourth quarter for $158.8 million; that brought the yearly total to 16.3 million shares for $971.2 million.

Ultimately, while growth slowed during the second half of CarMax's fiscal 2016, most of its data remains strong and/or near record highs. Make no mistake: CarMax's fourth quarter and fiscal 2016 were solid.