Please ensure Javascript is enabled for purposes of website accessibility
Log In Help Join The Motley Fool
Free Article Join Over 1 Million Premium Members And Get More In-Depth Stock Guidance and Research
By Brian Stoffel - Apr 13, 2016 at 9:18AM

And four lessons you need to learn from them.

Would you go all in on these four stocks? Image source: Pixabay

Some might call this crazy, but when you take my family's top four stock holdings and put them together, they account for over half of all of our stock investments. What's even crazier? They are all -- more or less -- in the same industry: technology.

These four combined have handily beaten the market. Here they are, with their weighting in our portfolio, below.

But there's a reason that we've put so much money behind these companies, and there are four critical lessons for investors to learn from them. Read below to find out more, and see how you can unearth the next four big winners for your own portfolio.

Sustainable competitive advantages
In my nine years as an investor, no factor has played a bigger role in the success or failure of my investments than this. While there's really no such thing as a truly sustainable -- as in, forever into the future -- competitive advantage, there are certainly a few that are close.

Facebook benefits from one of the most powerful advantages known in the business world: the network effect. With each additional user, others have more incentive to join Facebook -- or Instagram, or WhatsApp. And if you look at Facebook's user growth, this virtuous cycle is still very strong. 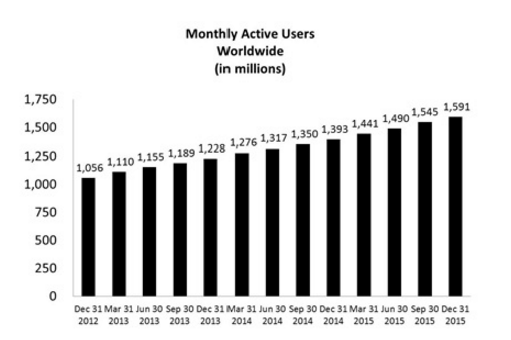 Alphabet -- better known as Google -- and Baidu benefit from market-share and mind-space that's virtually untouchable. The only places that Google doesn't dominate are Russia, where Yandex still maintains a lead, and China. Google backed out of China years ago, and Baidu has been reigning supreme ever since.

And Amazon has a number of advantages, the most significant -- in my opinion -- being the company's network of fulfillment centers. In CEO Jeff Bezos' quest to be the most customer-friendly company in the world, he has built out a network of multi-billion dollar warehouses that can get virtually anything to your front door in less than two days.

Anyone trying to match this level of service would be nuts -- they'd be losing money virtually forever in an effort to beat Amazon at a game that the company has already won.

Optionality
This is a more abstract idea, but it has very concrete consequences. Optionality is the ability of a company to test lots of ideas in the hopes that one of them will hit it big. All four of these companies have embraced optionality to help them fulfill their larger roles.

All of these started out as small bets being placed by the companies that have turned out to be (or could be) huge deals. When a company embraces optionality, there's no telling what industries it will dominate in the future.

Founder-led ownership
When someone founds a company, and runs it for virtually their whole life, you can rest assured that this endeavor is about much more than money. The company, what it stands for, and its ability to remain relevant for decades to come becomes much more of an existential mission.

That's not to say that high levels of insider financial interest aren't important too; after all, if a founder/CEO wants to direct his/her company as they please, they need to own the voting rights to do so. In all four of these companies, that's the case.

All data accurate as of last company's DEF 14-A filing. Sergey Brin included for Google, as he founded the company and now runs Google[x]. Source: SEC filings.

When the people running the company you own a part of have significant skin in the game, you can sleep easy knowing that your money is likely in good hands.

But the most important part...
Between these four companies, I have bought roughly 360 split-adjusted shares. In that time, I have sold only two -- and they were shares of Alphabet I bought way back in my second year of investing and un-Foolishly sold after a 35% gain.

Other than that, I've never once hit the sell button. That's even though my first purchase of Amazon is already a four-bagger (it has quadrupled), and several others have more than doubled. That's not to brag -- I've had more than my fair share of awful investments!

But it is to say that part of the reason these are my biggest positions is simply that I've let them grow into those positions. In fact, Amazon is a company I invested relatively little in, but the stock has done so well that it's grown by leaps and bounds.

That's how investing works: a few of your stocks will account for most of your gains. The only way you can truly profit from those gains is if you let your winners run -- and don't sell them.

For every person with a 10-bagger investment, he/she had to decide not to sell all the way up.

Putting it all together
This isn't the only way to find that next huge stock. But by combining these four traits -- sustainable competitive advantages, optionality, founder/CEOs with high levels of ownership, and a commitment not to sell based on price -- I believe you are well on your way to finding the stocks that could make a huge difference in your family's retirement portfolio.

Alphabet vs. the S&P 500: Which Is the Better First Investment?

Exactly How I'd Invest $50,000 for Retirement, Starting From Scratch

Will the Google Stock Split Impact My Tax Returns?