Please ensure Javascript is enabled for purposes of website accessibility
Log In Help Join The Motley Fool
Free Article Join Over 1 Million Premium Members And Get More In-Depth Stock Guidance and Research
By Keith Speights - Apr 14, 2016 at 9:21AM

Who wins in the battle between these two biotechs with promising vaccines in development? 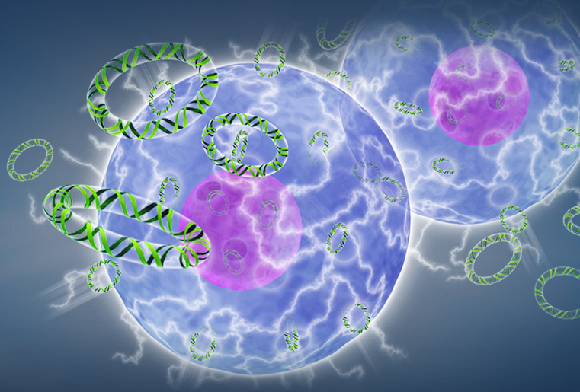 Biotech investors have been a sad bunch lately. Politicians slamming high drug prices combined with general market uncertainties have clobbered many biotech stocks over the last several months. Arrowhead Research (ARWR 3.92%) was one of them. Arrowhead's shares plummeted with the bad news and are down around 17% year to date.

Not every biotech stock suffered as badly, though. Shares of Inovio Pharmaceuticals (INO -5.03%) are up well over 30% so far this year. But does Arrowhead's potential to bounce back make it a better buy than Inovio, or does Inovio's momentum underscore why it's the smarter pick? Here are the arguments for both biotechs.

In with Inovio?
Inovio doesn't have any products on the market yet, but its pipeline has attracted plenty of investor interest. The company's lead candidate, cervical dysplasia immunotherapy VGX-3100, should begin phase 3 testing later in 2016. VGX-3100's phase 2 results met the study's primary endpoints, but they also met with some skepticism.

About 49.5% of patients in the phase 2 study who were given VGX-3100 experienced regression of high grade cervical neoplasia to either low-grade neoplasia or no disease at all compared to 30.6% of patients on placebo. While that was a statistically significant difference, Inovio chose to use a "per protocol analysis," which threw out any results for patients who started treatment but didn't follow protocol. A different approach, called "intent-to-treat analysis," includes data for patients who violated protocol and is generally viewed as the preferred way to evaluate clinical study results.

Inovio's phase 3 results should settle any disputes about the efficacy of its vaccine. If those results are positive, they should also be great news for the biotech. Some analysts estimate that VGX-3100 could hit peak annual sales of around $500 million if approved. Inovio also has another vaccine soon to be in phase 2 testing, INO-3112, that combines VGX-3100 with a DNA-based immune activator. Good news for Inovio's lead vaccine could bode well for INO-3112.

Then there's Inovio's efforts to develop a Zika virus vaccine. It announced encouraging preclinical results in February for its experimental vaccine focusing on the virus that has made headlines across the world. The biotech expects to start phase 1 testing of the Zika vaccine later this year. Further, Inovio also has an Ebola vaccine that was reported safe and tolerable in phase 1 studies.

Bull's-eye for Arrowhead?
Arrowhead Research's prospects hinge largely on its hepatitis B vaccine, ARC-520. The vaccine is currently in a phase 2 clinical study. Arrowhead hopes to ultimately bring a functional cure for patients with chronic hepatitis B to market.

Preliminary results from the biotech's phase 2a study of ARC-520 provided reason to be cautiously optimistic. Those results showed that a single dose of Arrowhead's vaccine reduced up to 99% of hepatitis B surface antigen. Direct antiviral effects were evident in patients up to 57 days after the dose.

The stakes for Arrowhead are huge. Analysts with Jefferies predict that ARC-520 could make $4.5 billion in peak annual sales. However, Arrowhead faces plenty of competition from other companies racing to develop their own hep B cures. That list of potential rivals includes Inovio, which partnered with Roche to develop a hepatitis B vaccine.

Arrowhead also has one other candidate in clinical stage testing -- ARC-AAT, which targets treatment of a rare genetic liver disease associated with Alpha-1 Antitrypsin Deficiency (AATD). The experimental drug recently won orphan drug designation from the European Medicines Agency and was given orphan drug designation by the FDA last year. However, ARC-AAT is only in phase 1, so there's a long way to go.

Better buy
Inovio claims the deeper bench between the two biotechs, with more candidates in its pipeline. It also is probably closer to reaching the market, with VGX-3100 starting a pivotal clinical trial this year.

On the other hand, Arrowhead's market potential for its hepatitis B vaccine is huge. That potential could very well attract the attention of a larger player -- I'm thinking about Gilead Sciences (GILD -0.21%) in particular.

Gilead's GS-4774 hepatitis B vaccine flopped in a phase 2 study last year. While Gilead has another hep B drug in its pipeline, GS-9620, Arrowhead's technology could be attractive to the big biotech. Also, with its huge share price drop over the last few months, Arrowhead is currently valued at just over $300 million. Gilead could easily afford to pay a nice premium to buy a company that size and still have an enormous cash stockpile.

But which is the better buy: Inovio or Arrowhead? I'd give the nod to Inovio. While I do like Arrowhead's prospects, Inovio has more pathways to success with its pipeline. I wouldn't write off the chances that Inovio attracts the eye of a large suitor in the future, either. My view is that Arrowhead could hit the bull's-eye with its hep B vaccine, but for now, count me in with Inovio.