There are reasons to doubt Apple's India strategy. 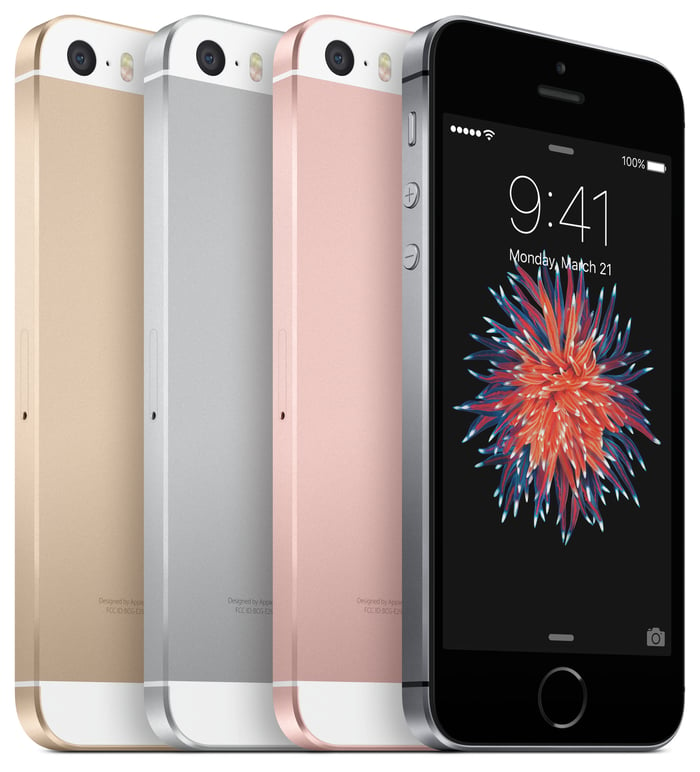 With growth slowing in its core markets, Apple (AAPL 0.17%) thinks it has found its next great growth engine: India. There are, however, a few problems.

At least some groups in India certainly don't want Apple. Of equal concern is the high price point of Apple's handsets, even so-called entry-level devices like the iPhone SE. Apple's latest iPhone recently went on sale in India at a far higher cost than many Apple investors likely expected.

Not so fast
True, the iPhone SE costs less than other Apple smartphones, but that far from assures its success in India. Case in point, the lowest-cost iPhone SE will reportedly retail for $586 (39,000 rupees) according to reports, a full 36% higher than its estimated after-tax cost in the U.S. The higher price doesn't reflect Apple simply padding its margins, either.

Rather, Apple appears to have refused to engage in wholesale price reductions for its third-party Indian distributors, which forces its Indian retailer partners to also add their own layer of pricing atop each device's current sticker price. You have to keep the lights on somehow, right? Additional considerations like the cost of currency hedges and import tariffs also help elevate the cost of Apple's smartphones in India. Either way, this news appears to push Apple's supposed starter iPhone toward the more premium end of its device lineup, a space already occupied by Apple's current generation of larger-screened smartphones.

Creating an additional obstacle for the iPhone SE, evidence suggests Indian consumers prefer larger-screened smartphones, and older, large-screened iPhone models retail at lower prices than the SE on Indian e-commerce sites. All told, it seems the iPhone SE might have more going against it than for it in its supposed role as Apple's starter iPhone. Indeed, those hoping for an easy path to success for Apple in India could well have another thing coming.

Not (yet) the next China
Beyond the pricing problems outline above, the bull case for Apple in India simply isn't quite as grand as it has been in other large emerging markets. China is the obvious comparison, though investors would do well to dig deeper into how their key differences could affect Apple's international growth prospects.

In terms of its total potential consumers, India likely offers fewer buyers for Apple's devices today than China, as it's widely understood that China is wealthier than India. Case in point, India's 2015 per-capita GPD at purchasing power parity (PPP) of $6,300 sits at less than half of China's estimated $14,300 per capita income last year.

The natural response to this evidence is to say that, though not necessarily rich, the sheer enormity of India's population means that on an absolute basis, there are still plenty of rich people living there to whom Apple can peddle its wares. This was certainly a crucial piece of Apple's growth strategy in China. But while India indeed has ample numbers of wealthy individuals, it still pales in comparison to China in this regard. 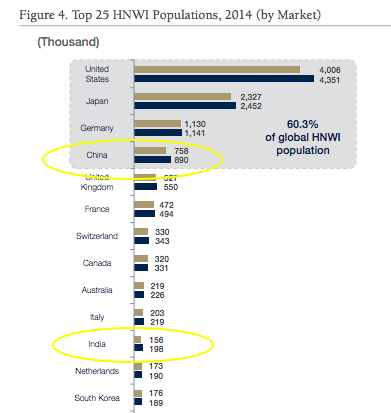 According to consulting company Capgemini's 2015 annual report on high-net-worth individuals (HNWI), defined as individuals with investable assets in excess of US$1 million, China outpaced India in terms of its population of wealthy citizens by a factor of over 4 times in 2014. True, this number reflects two-year-old data, and one certainly doesn't need to be a high-net-worth individual to be able to purchase an iPhone. But in terms of both breadth and depth of its wealth, China vastly exceeds India, a consideration that should loom large for investors hoping the country will become an overnight growth engine for the Mac maker.

Granted, India's long-term growth potential is enviable to say the least. However, the more I consider the state of affairs on the ground today, the more skeptical I am that India will meaningfully influence Apple's results in the coming quarter.