Please ensure Javascript is enabled for purposes of website accessibility
Log In Help Join The Motley Fool
Free Article Join Over 1 Million Premium Members And Get More In-Depth Stock Guidance and Research
By Sean Williams - Apr 21, 2016 at 9:22AM

Skechers
With the first cheap growth stock to consider this week I wanted a running start, which you'll definitely get if you're taking a closer look at footwear company Skechers (SKX 4.14%). Speaking as someone who's very loyal to the Skechers brand, the company has been truly hitting on all cylinders.

The first thing investors have to like is that the company is working diligently to balance out its global growth. For instance, during the fourth quarter Skechers announced $722 million in sales, a 27% year-over-year increase, with international sales equating to 41% of total quarterly sales. Skechers has been pushing for international sales to generate about half of its total sales since international markets offer a faster growth opportunity. It also doesn't hurt that efficiency improvements at European distribution centers have also boosted Skechers' shipping volume to start this fiscal year.

Secondly, we have rapid bricks-and-mortar growth potential domestically and abroad. David Weinberg , who holds the positions of CFO and COO, commented in the company's press release that Skechers anticipates opening 330 to 340 new stores in 2016, essentially boosting its store count by 26% in a single year at the midpoint of its guidance. With a solid net cash positon of around $440 million and positive free cash flow, company-owned and third-party related expansion is coming easy for Skechers.

Third, the company's marketing is hitting home with the consumer. The reason? Skechers has gone out of its way to ensure that it has a brand ambassador that can appeal to all age groups and the cost-conscious middle-class consumer. From Demi Lovato appealing to teenagers, to Ozzie Smith, Sugar Ray Leonard and Ringo Starr tugging on the heartstring of baby boomers, Skechers looks to have an ambassador most people can relate to.

Lastly, Skechers is simply thriving in the casual footwear and active/running shoes. This isn't to say Skechers faces no competition in these categories, but the pushback from rivals hasn't been much to write home about lately.

Sporting a minuscule PEG ratio of 0.7 and a forward P/E of less than 12, Skechers could be a cheap growth candidate to add to your portfolio.

For starters, consumers really like Avis, and consumer loyalty can go a long way to pumping up margins. Although all consumers want a great deal, loyal customers aren't necessarily reliant on a deal if they're loyal to a company. According to research firm Brand Keys in New York, Avis wound up earning its 17th consecutive top honor for the rental car company with the best customer loyalty and engagement. Avis, via a press release commemorating its top honor, suggests that its desire to listen closely to customer feedback and emphasize its Avis Preferred loyalty program are big reasons why consumers remain so loyal.

Avis Budget Group is also big on inorganic growth. Since 2013, Avis Budget Group has acquired car-sharing service Zipcar, value-focused car rental company Payless, and Italy's Maggiore Group most recently, making Avis the largest rental car player in Italy.  These acquisitions give Avis Budget a quick way of expanding its global reach, as well as allow the company to hit newer tiers of consumers, such as Zipcar going after millennials and Payless targeting the highly cost-conscious consumer.

Avis Budget Group has been able to use the cash flow from these deals to ensure that its fleet of vehicles remains on par or newer than many of its competitors. This often means newer in-cabin features and technology for the consumer, and usually a safer vehicle since newer vehicles tend to be more high-tech.

Avis Budget's international expansion efforts and domestic customer loyalty make its forward P/E of less than seven and PEG of 0.5 seem quite attractive for value and growth investors. 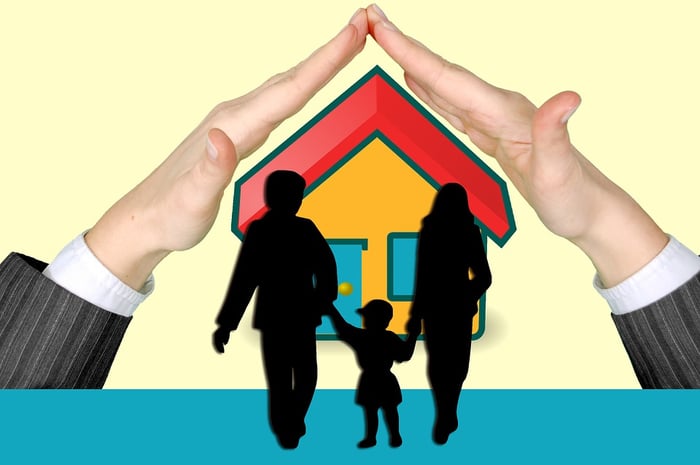 Recently, National General Holdings' growth has been fueled by acquisitions. Last year it closed on National General Lender Services, a division of QBE Insurance Group, and it acquired certain assets from Assurant that included small group self-funded and supplemental product lines. Additionally, in January it announced its intent to buy Century-National Insurance Company. Having solid cash flow has allowed National General the opportunity to build up its business through complementary acquisitions that are often immediately accretive to its bottom-line.

Another selling point or National General is the insurance business model itself. Underwriting insurance may not be the most exciting of business models, but it's generally profitable. Insurers tend to have strong pricing power that can used to boost premiums during instances of higher claim periods. Likewise, insurers can also modestly increase premiums during low-claim periods with the justification that they're preparing for the next catastrophe. As long as an insurer is mindful of its investments and isn't over-levered, it's pretty tough to consistently lose money in this industry.

Long-term growth in the U.S. economy should also work in National General Holdings' favor. Insurers often invest their float (the term afforded to collected premium money not spent on claims) in safe, short-term, interest-bearing securities, such as Treasury bonds. However, with the Federal Reserve keeping lending rates low for more than a half-decade, net investment income has been minimal for insurers. Over the long run, I'd expect lending rates to stabilize at a higher rate, thus pushing net investment income potential for National General much higher than it is now.

Valued at 10 times next year's profit projections and with a PEG of 0.8, National General could be just what the growth investor ordered.

4 Top Growth Stocks Priced at a Bargain This Summer