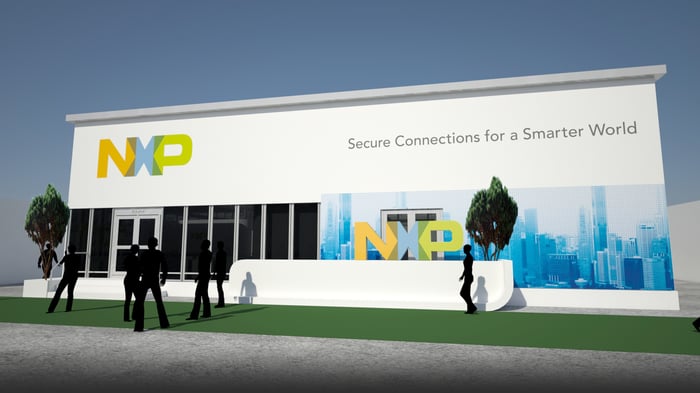 NXP Semiconductors (NXPI -0.87%) is a much larger company now that its merger with Freescale Semiconductor is complete. Revenue is expected to grow considerably year-over-year when NXP reports its first-quarter results on Monday, but the effects of the merger are hiding weak demand across all of the company's segments. NXP is reportedly considering selling off its Standard Products business in order to focus on high-margin areas, and NXP's conference call may provide more details for investors.

Social-media darling-turned-disaster Twitter (TWTR -5.55%) is set to report its first-quarter results on Tuesday, and the company faces the difficult task of proving that its turnaround is on track. Active users stagnated last quarter, and Twitter is still generating massive GAAP losses as it rapidly grows its revenue. Recently, the Wall Street Journal reported that Twitter was handing out additional bonuses of cash and stock in order to retain employees. Twitter may not have long before its top talent defects, leaving the company's turnaround hopes in tatters.

LinkedIn (LNKD.DL), another social-media company, will be reporting its first-quarter results on Thursday. The stock has tanked since LinkedIn issued guidance for 2016 calling for substantially slower revenue growth than analysts expected, and a slew of downgrades followed. Even after the decline, LinkedIn stock sells at a lofty premium, and there are plenty of risks involved in owning shares.

Click through the following slideshow for more details on these three stocks to watch.