I've never seen an independent auditor report so grim as MannKind's (NASDAQ:MNKD) latest. The maker of inhalable insulin Afrezza has been in dire shape ever since marketing partner Sanofi ended their collaboration agreement, leaving MannKind to market the thus-far-disappointing drug on its own -- and the auditor report only made matters worse.

A "material weakness" over the internal control of financial reporting is a giant red flag. For example, MannKind's stated inventory, property, and equipment value in the unaudited third-quarter report equaled $214.8 million. In the independently audited fourth-quarter and annual report, that figure dropped to $48.7 million. Reported inventory of $23.4 million in the third quarter was written off completely.

Material weakness in internal reporting aside, the biggest reason I wouldn't touch this stock with a 10-foot pole is the auditor's "substantial doubt about its ability to continue as a going concern," based on available finances.

If you were even considering MannKind, you'll find Celldex Therapeutics (NASDAQ:CLDX), Ziopharm Oncology (NASDAQ:ZIOP), and Intrexon (NASDAQ:PGEN) far better stocks. None of these are profitable yet, but their chances of producing long-term gains for shareholders are immeasurably better than MannKind's.

Celldex Therapeutics: overaction after a relative failure
Shares of Celldex Therapeutics were throttled in March after its first phase 3 program flopped in a brain cancer trial. On the bright side, experimental drug Rintega outperformed the standard of care based on historical data. Unfortunately, the patients given the standard of care during the trial did even better. 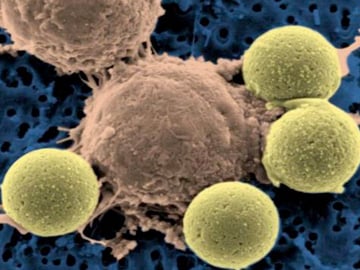 In a generally bear market for smaller biotechs, Celldex's market cap has been hovering at around $400 million. With $290 million in cash and marketable securities on its books at the end of last year, I think the market is grossly underestimating the rest of the company's pipeline.

We'll know better if this is the case soon enough, when one of its four wholly owned clinical-stage programs has data to report in November.

Targeted cancer therapy CDX-011 is in a 300-patient mid-stage study with triple-negative breast cancer patients. Although only a phase 2 trial, it's designed to support an FDA application for conditional approval. If the results are positive, the stock could go through the roof.

Looking further ahead, income from even a limited group of breast cancer patients could help fund rapid advancement of the company's ambitious pipeline, making this a potential winner over the long term.

Unlike MannKind, even if the November data disappoints, Celldex still has a robust clinical-stage pipeline and assets that far outweigh its liabilities.

Intrexon: solving problems with synthetic biology
This may be one of the most diverse biotechs you'll ever encounter. This leader in synthetic biology doesn't limit its expertise to any one sector. Instead, it forms collaborations with any company that can make use of its technology platforms, earning licensing fees and royalties in the process. After forming its first in 2011, it now boasts 30 collaborations that have sent its top line screaming upward.

Last year, total revenue jumped 141% to $173 million; unfortunately, R&D expenses rose even faster, to $147 million, and the company has yet to reach profitability. Given the pace of revenue growth, the stock could be a big winner over the long term. With cash and short-term investments of about $238 million at the end of 2015, the company's balance sheet alone makes it a better investment than MannKind.

Ziopharm: entering the CAR-T race from an angle
One of Intrexon's largest collaborations is with Ziopharm Oncology, an early-stage developer of cellular therapies to battle cancer. Although well behind Juno Therapeutics and Kite Pharma in the race to commercialize the first chimeric antigen receptor T-cell (CAR-T) therapy, Ziopharm intends to build a best-in-class CAR-T program using Intrexon's technology.

So far, CAR-T therapies have shown some amazing results in advanced-stage patients that have run out of treatment options, but there are two big problems. First, they're too good at quickly killing off cancerous cells, which leads to an often lethal side-effect known as cytokine release syndrome. Ziopharm is addressing this issue by designing therapies that require an oral activator that can be withheld at the first sign of trouble.

The second big problem with CAR-T therapies is basic logistics. Therapies from Kite and Juno involve removal of a patient's blood, complex modification of their T-cells, then reinfusion of their modified cells. Ziopharm intends to leverage Intrexon's technology to create an off-the-shelf solution.

Ziopharm's most advanced therapies are still in the early stages of clinical development. While data from a handful of patients enrolled in brain and breast cancer is so far promising, patients will want to keep their eyes open for presentations the company has scheduled at this June's American Society of Clinical Oncology meeting. More hints the groundbreaking technology of Ziopharm and Intrexon could actually lead to commercial-stage success -- and could send both stocks soaring.

It's important to note that without profits, Celldex, Intrexon, and Ziopharm are all incredibly risky stocks. However, all three will probably remain in business for years to come, which, according to accounting company Deloitte & Touche LLP, is a lot more than MannKind has to offer.