Why Main Street Capital is a popular stock for short-sellers.

Since the end of 2015, business development company (BDC) Main Street Capital (MAIN 1.68%) has emerged as one of the most heavily shorted stocks in its industry. Short interest has risen to 3.6 million shares, roughly equivalent to 15 days of average volume. Some brokers are charging as much as 12% to borrow shares to short for one year.

Why are investors so eager to short Main Street Capital? Here are a few reasons:

2. Declining portfolio metrics
Recently, I noted that Main Street's controlled companies weren't carrying the weight they once were. Businesses in which Main Street owns a 25% or greater equity stake saw their dividend growth slow in 2015. Four of these companies appear distressed, paying out significantly less to the company than they did in 2014. 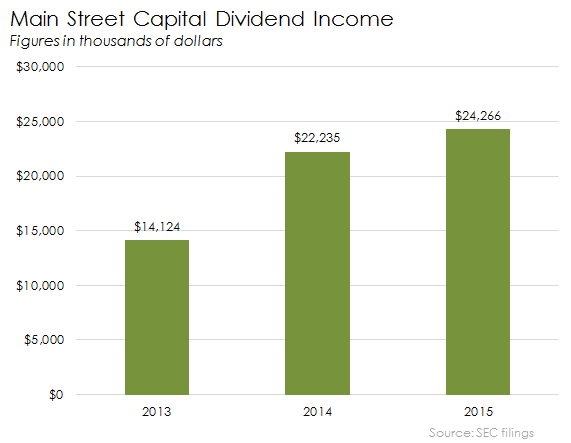 3. Oil and gas exposure
About 9.4% of Main Street Capital's investments were directly tied to oil and gas and services at the end of 2015. Because the company is leveraged, losses in its portfolio have an outsize impact on book value.

If these investments were written off completely, Main Street Capital's net asset value would decline from $21.24 per share at the end of 2015 to $17.88. That's a nearly 16% decline in book value from the loss of less than 10% at the asset level. Leverage, unfortunately, swings both ways.

4. Indirect oil exposure
Just because a company isn't an oil producer doesn't mean that it won't be affected by low oil prices.

In fact, if you look at the companies that paid smaller dividends back to Main Street Capital in 2015, you'll find that all but one has a tangential relationship to oil and gas. Being a Houston-based financier, the company has exposure to a substantial, but difficult to quantify, number of companies that will see their business ebb and flow with oil prices despite being classified in other industries.

5. Higher multiples
Main Street Capital must report the value of its investment portfolio every quarter. It does this by ascribing a valuation to each of its investments, adding them up, subtracting its debt, and dividing the value between all its shares outstanding.

From its own filings, one should note that the multiple that Main Street Capital uses to value its weighted average equity investment has risen from 5.7 times in 2012 to 7.0 times in 2015. 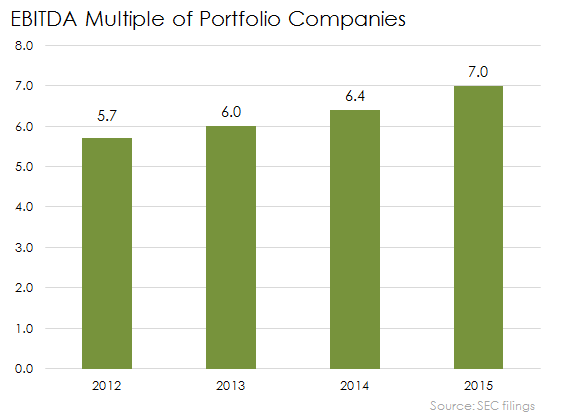 In short, Main Street Capital is trading at a significantly higher valuation than its peers, despite the fact that its underlying portfolio of investments may not be performing as well as they once were. Given that Main Street trades at nearly twice the book value multiple of its peers, it's more than priced for perfection.