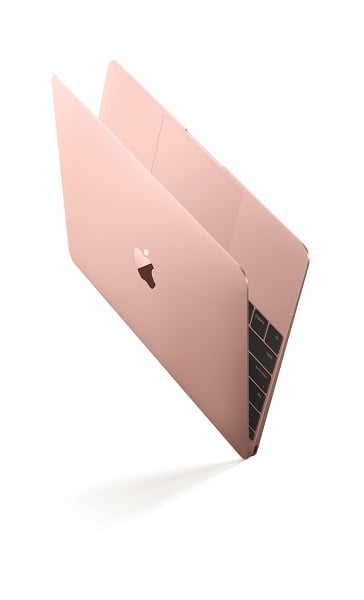 Apple (AAPL 2.32%), which is known for its iPhone, iPad, and Mac product lines, saw sales of its popular Mac computers drop 9% year over year in its most recent quarter. Units were actually down 12% year over year, implying that average selling prices improved.

Although management praised this showing and even indicated that it gained share against its competitors in the personal computer market, the company can drive more robust growth in the coming quarters through product refreshes.

The MacBook Air is getting stale
Let's start with the MacBook Air. These systems, which are probably Apple's most popular, are still stuck with very old, low-quality twisted nematic displays. The MacBook Pro and even plain MacBook systems come with much higher quality In-Plane Switching displays that offer better viewing angles, color reproduction, and contrast.

The display resolutions on the current Air models are also nothing short of archaic. The 11-inch MacBook Air features a 1366-by-768 resolution panel (about as many pixels as an iPhone 6/iPhone 6s, but spread across a much larger area) and the 13-incher has a 1440-by-900 panel.

Given how important the display is to the user experience, it's strange to see Apple neglect the MacBook Air in this regard. More ironic is the fact that Apple uses PC processor maker Intel's (INTC 3.03%) best low-power processors, which feature enhanced graphics performance over the more common, less graphically powerful chips that Apple's competition uses.

Speaking of Intel processors, even as the rest of the PC market transitions to Skylake-based chips, the MacBook Air lineup is still rocking Broadwell chips.

The MacBook Pro is better off, though
Although the MacBook Air lineup is woefully behind in a number of areas, the MacBook Pro lineup is actually in pretty reasonable shape. The 13-inch and 15-inch MacBook Pro systems have very nice, sharp IPS displays (IPS means better viewing angles, colors, etc.) and high performance internals for the most part.

The 13-inch MacBook Pro still uses a Broadwell processor rather than a Skylake chip, but I suspect this might be a case of the appropriate high-performance 28-watt part not being broadly available yet for Apple's use (Intel's website lists it as "announced" but not "launched").

That being said, these systems have largely stayed the same for a while now. I can't imagine that somebody who bought a MacBook Pro (either 13-inch or 15-inch) in, say, 2013 has much, if any, incentive to upgrade to the current crop of systems.

It would probably be in Apple's best interests to introduce newer/slimmer industrial designs for both the 13-inch and 15-inch Pro systems later this year along with the upgrade to Skylake processors. Apple should also include displays capable of displaying the DCI-P3 color gamut that the 4K/5K iMacs, as well as the 9.7-inch iPad Pro, support.

Updated hardware could allow Apple to both drive upgrade activity as well as potentially accelerate share gains against competitors in the PC market.