Please ensure Javascript is enabled for purposes of website accessibility
Log In Help Join The Motley Fool
Free Article Join Over 1 Million Premium Members And Get More In-Depth Stock Guidance and Research
By Adam Brownlee - Apr 29, 2016 at 8:02AM

Which of these beverage giants deserves your attention? 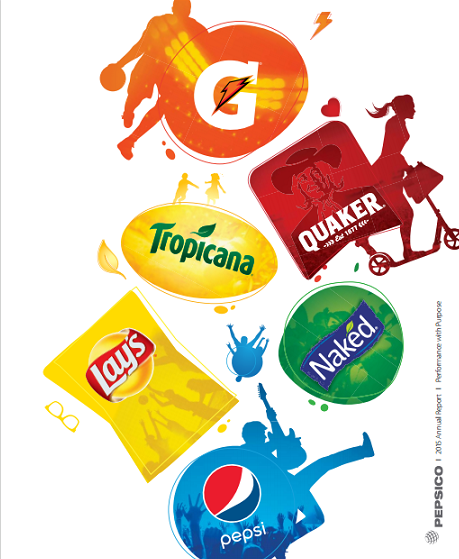 Consumers are giving up on sugary drinks and the giants in the beverage industry are responding. The Coca-Cola Co (NYSE: KO) and PepsiCo, (NYSE: PEP) have added juices, teas and bottled waters to their brand portfolios over the years and Pepsi has grown its snack business. Many investors may be wondering -- which of two companies is the better buy right now?

Let's look at how Coke and Pepsi compare on some key metrics to see which one might be a wiser choice for investors.

Valuation
Coca-Cola and Pepsi are both up modestly over this past year. Coke has climbed 14.5% since April 2015 and Pepsi has climbed by 8.2% over the same time period.

Although these run-ups are not huge they still bring up the question, are these companies overvalued? In looking at simple valuation metrics, we find that both stocks do indeed have valuations that are slightly above-average. For Coke, its stock currently carries an earnings multiple of 28 based on trailing earnings which is slightly above the overall market level. Pepsi on the other hand has an even higher multiple, currently sitting around 30 times trailing earnings.

Looking at forward earnings, Pepsi however appears cheaper as it has a forward multiple of 20 compared to Coke's higher valuation at 22 times forward earnings estimates. The reason for this reversal is that Pepsi has projected earnings growth for the upcoming year that is higher than Coke's. More on that later.

Given this reversal and the fact that both companies have earning multiplies that are almost the same, valuation is a tie.

Dividends
A look at dividends reveals that Coke has a slight advantage over Pepsi. Coke has a current dividend yield of 2.91%, which is a bit more than Pepsi's yield of 2.71%. Both companies have placed a strong emphasis on dividends. Coke pays out about 79% of its earnings in the form of dividend to shareholders and Pepsi pays out just over 75%.

Over time, both companies have demonstrated a strong commitment to dividend investors as they have increased their dividends for over 25 years making them members of the Dividend Aristocrat group. The edge though goes to Coke as it has increased its dividends for 54 years while Pepsi has increased its dividend for 44 years. This fact coupled with Coke's slightly higher yield makes Coca Cola more appealing for dividend investors.

Growth
Both companies have been hurt by foreign currency exchange recently and had revenue declines in 2015. Coke was down 4% and Pepsi was down 5% but if the impact of the strong dollar is removed, then both had revenue growth in 2015. Pepsi, however, has the upper hand going forward with its snack and North American business.

A look at Pepsi's first quarter growth shows that its North American Frito Lay and Beverages segments both grew in the low single digits.

When combined, these segments represented 56% of Pepsi's revenues and 75% of its operating profit in 2015.The expectations for the year are that snacks will continue to do well and North American revenues will offset the strong dollar impacts.

Coke's growth, on the other hand, depends largely on the sales of sugary beverages, and these sales are slowing. In the first quarter the company saw little to no growth in its sparkling beverages.  Over the last three years, unit case growth for sparkling beverages has dropped from 6% to 2% for the company. Coke is also similarly affected by the strong dollar as a large part of its revenues come from international markets, but it does not have a snack business to fall back on.

In the final analysis both Coke and Pepsi are solid blue-chip giants with strong brands and healthy dividends. Neither company is showing exceptional value right now, so the wise investor will wait. The true deciding factor is found in growth potential and Pepsi has the edge with its snack business.