Looking for a stock that offers downside protection? Our team of contributors offer up three suggestions. 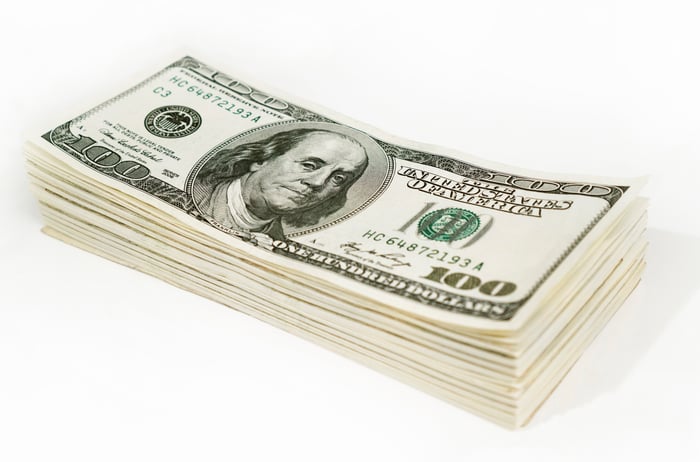 The S&P 500 has fully recovered from the drubbing it took at the start of the year, but that doesn't mean investors should expect nothing but smooth sailing from here. Bear markets can happen at any time, so it makes sense to dedicate a portion of your investment portfolio to stocks that tend to do well during periods of market turmoil.

Knowing that, we reached out to our team of Motley Fool contributors and asked them to highlight a stock they think is a good choice to hold if the market was to drop again. Read below to see their suggestions.

Tyler Crowe: There are some companies that just don't see their stock price move. Their revenue streams are extremely constant no matter the economic conditions, and their competitive advantages are so strong that new companies rarely try to take them on. A prime example of this is Waste Management (NYSE: WM). Simply put, the business of collecting garbage isn't one that sees much flux during the booms and busts of the economy, and the company has built up a garbage collection and processing infrastructure that is extremely difficult -- and expensive -- to replicate. As a result, the company's stock has never really gone on sale, even during the financial collapse or the dot-com bust. 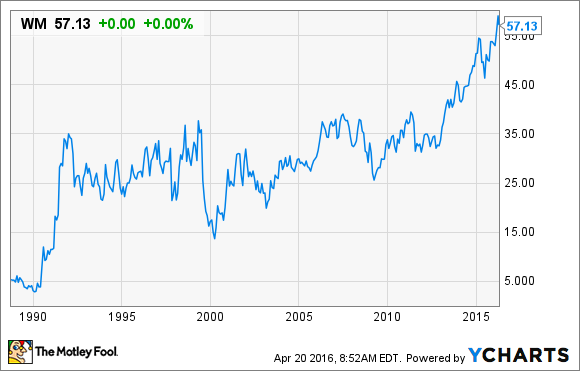 Today, Waste Management's stock isn't what you would call cheap or expensive. If you were to buy it now with a dividend yield of 2.9%, no one would say you overpaid. At the same time, you probably won't feel like you're getting a screaming bargain on the stock, either. However, if you're looking for a company you can expect to weather any major market drops with reasonable confidence, then Waste Management is likely a stock you want to have in your portfolio.

Brian Feroldi: One stock that tends to hold up really well during market panics is Wal-Mart Stores (WMT 0.86%). The company's stock sports a trailing beta of only 0.19, meaning it doesn't tend to move much in either direction, so if the market was to take a sudden turn for the worst, you can bet Wal-Mart's stock wouldn't go down much at all. This is due, at least in part, to Wal-Mart's status as the low priced retailer of choice for millions of Americans in good times and bad.

Another factor that should help protect Wal-Mart's investors from any downside movements is its low valuation. Currently, Wal-Mart is trading for around 15 times trailing earnings, which is far below that of the S&P 500 in general. Wal-Mart also offers up an above-average dividend yield of 2.87%, which makes it a great choice for investors who are after income.

Of course, there are no free lunches in investing, so anyone who buys Wal-Mart's stock is giving up the possibility for upside potential in exchange for downside protection. That's especially true when you consider that Wal-Mart's business is under tremendous pressure right now from both e-commerce players and dollar-store retailers, each of which are stealing customers at both the high and low ends. Mix in the huge pressure the company is under to increase wages for its employees, and you can understand why analysts are projecting that Wal-Mart's profits will be basically be flat for the next five years.

Still, Wal-Mart's investors will bank a good dividend if they simply buy and hold and the stock, and they won't have to worry much if the market was to suddenly tank, so this could be a good choice for investors who prize downside protection above everything else.

Evan Niu, CFA: This might be counter-intuitive, but I'm going to go with one of my favorite income investments: BlackRock Enhanced Capital and Income (CII 1.42%). I've discussed the ETF in previous roundtables related to dividend or income investments, but CII is also a pretty good candidate for a defensive play, for a number of reasons.

For starters, CII is mostly an indexed ETF, so it will certainly follow the broader market lower. However, it pays such a high yield that if shares fall, the already-strong yield quickly skyrockets, and long-term investors can get a discount on a reliable dividend payer. At current prices, CII pays a 9% yield, which is pretty hard to beat as it is. Since it's a diversified ETF, I wouldn't worry too much about company-specific risks since it will follow the market higher with the rebound, too.

The other reason I think CII is a compelling candidate here is because of its unique option writing strategy. Part of how CII pays such a hefty yield is because the fund constantly writes call options against the broader market, and then uses the premiums it receives to help fund the payouts. It's absolutely true that for this reason, CII may underperform in a strong bull market, since these hedges will limit the upside of capital appreciation. But in a market downturn, CII enjoys gains on these short calls, which allows it to outperform in bear markets. If the market starts to head lower, CII is a strong defensive pick that just so happens to pay out hefty distributions.