Please ensure Javascript is enabled for purposes of website accessibility
Log In Help Join The Motley Fool
Free Article Join Over 1 Million Premium Members And Get More In-Depth Stock Guidance and Research
By Brian Orelli, PhD - May 3, 2016 at 3:55PM

The cancer-test maker is on the road to profitability.

As Genomic Health (GHDX) prepares to release earnings on Wednesday after the closing bell, here are three things investors should be watching from the cancer-test maker.

1. Tests performed
Revenue is important, but with not all of its tests being reimbursed, the number of tests performed is a better indicator of the company's long-term trajectory (assuming reimbursement is eventually secured).

Management guided for Genomic Health to perform 117,500 to 121,000 tests this year, which would result in an average of 29,375 at the low end. But with the launch of Genomic Health's prostate cancer test ramping up after gaining Medicare reimbursement, it's likely that the first quarter will be under the average with growth over the four quarters. 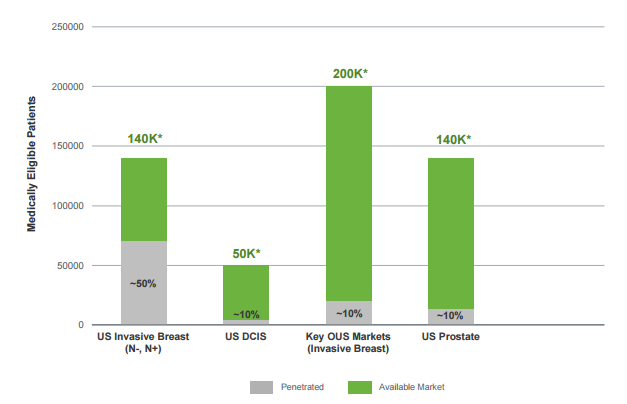 2. The bottom line
Genomic Health isn't likely to be profitable this quarter, but it's moving in that direction. Management guided for the company to lose between $12 million and $18 million this year, but noted that would entirely come in the first half of the year with a "move toward profitability in the second half of the year."

While not explicitly said, it seems likely that the first quarter will have a larger loss than the second quarter since Genomic Health isn't just going to flip a switch and be profitable starting in July.

3. Liquid biopsy
The company announced earlier this year plans to launch its first liquid biopsy test, Oncotype SEQ, in the middle of this year. The test uses next generation sequencing to identify genetic changes in tumor DNA in the patient's blood to determine the best treatment for late-stage solid tumors including lung, breast, colon, melanoma, ovarian, and gastrointestinal.

Hopefully, we'll get an update on when the test will be available and any early feedback Genomic Health has gotten from doctors interested in the test. The American Society of Clinical Oncology meeting is next month, so it would make sense for Genomic Health to have the test ready by then and use the scientific meeting to talk it up.