Please ensure Javascript is enabled for purposes of website accessibility
Log In Help Join The Motley Fool
Free Article Join Over 1 Million Premium Members And Get More In-Depth Stock Guidance and Research
By Andrew Tonner - May 3, 2016 at 7:41PM

One settlement down, one to go for Alphabet. 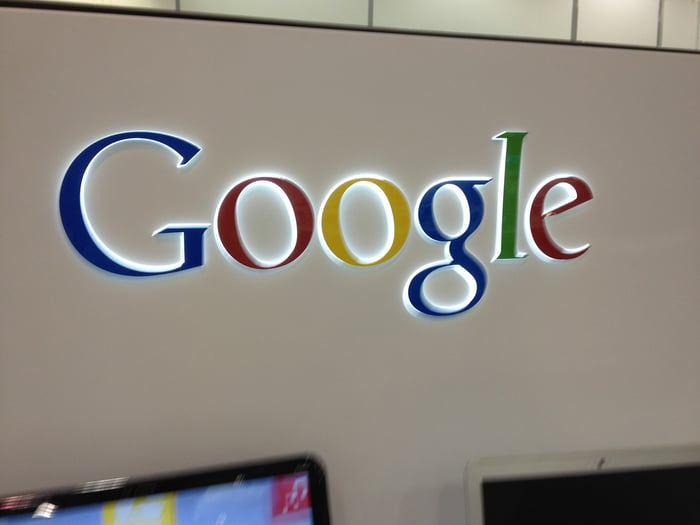 Can't we all get along?
Late last week, Alphabet and Microsoft formally announced an agreement to demilitarize their global lobbying efforts against one another. The world's second and third largest tech companies also committed to reconcile any grievances via direct communication, to the extent possible, instead of immediately seeking remedy through legal action or regulatory petition.

According to a Microsoft spokeswoman: "Microsoft has agreed to withdraw its regulatory complaints against Google, reflecting our changing legal priorities. We will continue to focus on competing vigorously for business and for customers."

Echoing that sentiment, a statement from Alphabet added: "Our companies compete vigorously, but we want to do so on the merits of our products, not in legal proceedings. As a result, following our patent agreement, we've now agreed to withdraw regulatory complaints against one another."

Microsoft has been one of the most active accusers against Alphabet's Google search engine, accusing it of anti-competitive or monopolistic behavior, particularly in Europe. Microsoft was also a leading force in creating the Initiative for a Competitive Marketplace, colloquially known as ICOMP, a lobbying entity that helped smaller companies formalize and file their own regulatory complaints against Google.

With this cessation of hostilities, Alphabet appears to have neutralized a powerful enemy. However, it still might be not enough to keep the company and its shareholders from feeling the regulators' sting.

Not out of the woods
The same day the Alphabet-Microsoft armistice was announced, the European Commission decided to up the ante against Alphabet. Sending Alphabet a formal antitrust complaint, the EU Commission accused the search giant of using its influence to exert control over its deals with smartphone and table OEMs.

According to the European Commission, "the company [Alphabet] has, in breach of EU antitrust rules, abused its dominant position by imposing restrictions on Android device manufacturers and mobile network operators." In a blog response, Alphabet stated, "We take these concerns seriously, but we also believe that our business model keeps manufacturers' costs low and their flexibility high, while giving consumers unprecedented control of their mobile devices. That's how we designed the model."

Alphabet's Android mobile operating system has become the global standard for all non-Apple devices. Android powers 81% of the world's smartphones, according to researcher IDC, totaling over 1.1 billion devices. It holds a similarly dominant position in Europe, with an estimated 70% market share. It's this dominance that European regulators accuse Alphabet of misusing to insert its own services into users' smartphones, regardless of the wishes of handset manufacturers, telecom providers or consumers.

The EU's move could pave the way for eventual fines against Alphabet, which some view as reminiscent of its own extended antitrust melee with European regulators years ago. Microsoft spent years battling the EU's antitrust claims, eventually paying fines of roughly $2.5 billion. Alphabet's outlook to beat regulators' claims isn't clear at the moment. So while putting its bad blood with Microsoft to rest is a credit to the world's largest search provider, Alphabet's headaches appear likely to continue for the foreseeable future.