Please ensure Javascript is enabled for purposes of website accessibility
Log In Help Join The Motley Fool
Free Article Join Over 1 Million Premium Members And Get More In-Depth Stock Guidance and Research
By Brian Feroldi - May 7, 2016 at 1:12PM

Healthcare-focused investors took a beating this week, but this one ETF held up better than the rest.

Healthcare-focused investors had a rough week. The majority of the exchange-traded funds that invest in the sector lost value during the period, and nearly all of them fared far worse than the S&P 500.

It was such a bad week for the group that the best-performing healthcare focused ETF this week -- the Health Care Select Sector SPDR ETF (XLV 1.12%) -- still dropped by 0.9%, lagging far behind the famous index. 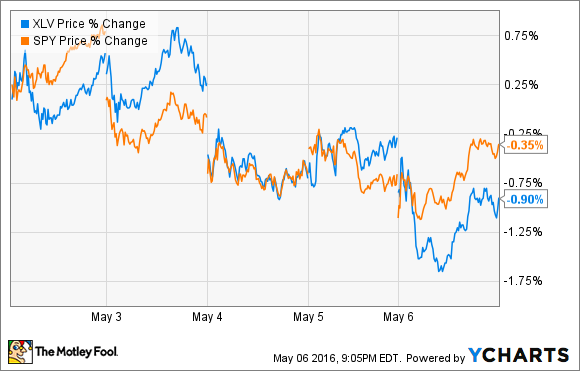 Still, that was a much better performance than many other healthcare ETFs, several of which lost 4% of their value or more this week.

So what sets the Health Care Select Sector SPDR ETF apart from other healthcare ETFs that allowed it to do better than average this week? Let's take a closer look at this fund to see if we can ascertain an answer.

With slightly more than $12 billion in assets, the Health Care Select Sector SPDR ETF is one of the biggest and most popular healthcare ETFs in the investing universe.

One unique feature about this ETF is that it only invests in healthcare stocks in the S&P 500 index, and it weighs each holding according to its market cap. Naturally, that concentrates the fund's assets into the biggest healthcare companies from the index, which is why its average holding has a market cap in excess of $111 billion.

Here's a snapshot of the fund's current top 10 holdings:

What went right this week?
The majority of this fund's top 10 holdings languished or ended the week in the red, which isn't a surprise considering the direction of the fund and the markets in general. However, one of this ETF's largest holdings -- pharma giant Pfizer (PFE -0.23%) -- put up a great weekly performance, ending up more than 2% during the period. 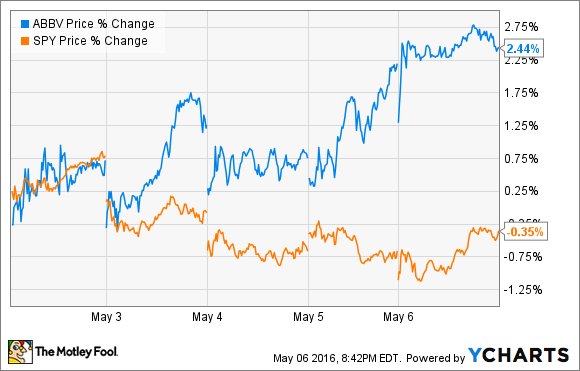 Pfizer's strong upward move came on the back of releasing a knockout first-quarter earnings report. Revenue rose 20% to $13 billion, and adjusted net income rose to $4.16 billion. That performance allowed the company to show $0.67 in earnings per share, up 32% versus the year-ago period and far ahead of the $0.55 Wall Street was expecting.

Pfizer also forecast that the good times will continue. Management now expects full-year revenue to land between $51 billion and $53 billion, up $2 billion from the prior guidance range. Earnings estimates also got a boost, with a new projection of $2.38 to $2.48 in adjusted EPS for the year up strongly from $2.20 to $2.30.

With everything coming up roses at Pfizer, it's no wonder the company's stock was able to buck the general sell-off.

What's next for XBI?
There's a lot to like about the Health Care Select Sector SPDR ETF. The fund holds a diversified group of large and profitable companies, comes with a dividend yield of 1.53%, and is dirt cheap to own. That makes this ETF a great way for investors to bulk up their exposure to the healthcare sector without having to buy stocks in individual companies.