Please ensure Javascript is enabled for purposes of website accessibility
Free Article Join Over 1 Million Premium Members And Get More In-Depth Stock Guidance and Research
By Sean Williams - May 8, 2016 at 2:19PM

Can Obamacare survive if this doesn't change?

The Patient Protection and Affordable Care Act, better known as "Obamacare," was signed into law by President Obama in March 2010 and was fully implemented (at least for individual members) beginning on Jan. 1, 2014. Needless to say, we've witnessed some big changes that are readily apparent in the headline numbers since Obamacare became the health law of the land.

For starters, about 12.7 million people took the time to enroll in Obamacare's marketplace exchanges during the three-month 2016 enrollment period. Additionally, millions of low-income individuals and families have been able to take advantage of expanded Medicaid programs in 31 states that chose to accept federal money and grow their social healthcare programs. Combined, this has had the effect of pushing the adult uninsured rate down to 11% as of Q1 2016, according to Gallup. That's 90 basis points lower than the sequential fourth quarter, and 6.1% lower than Q4 2013, the quarter before Obamacare was officially implemented.

Obamacare has, for millions of Americans, opened a door to medical access that previously was never available. This is especially true for lower-income Americans and people with pre-existing conditions who can no longer be turned away by insurance providers.

Six years later, this Obamacare problem remains
However, Obamacare has also had a glaring problem seemingly since the moment it was signed into law. To put things bluntly, the American public as a whole doesn't like Obamacare -- and if the public isn't in favor of the law, it can be incredibly difficult to grow enrollment and ensure the long-term success of the program.

The Kaiser Family Foundation has conducted a Health Tracking Poll on a near-monthly basis since Obamacare was first approved in order to get a general feel for public favorability toward the program. Despite having 64 months of data points over six years, you can count on two hands just how many months respondents had a more "favorable" view of Obamacare compared to "unfavorable." In fact, for more than two years between the end of 2012 and early 2015, the number of unfavorable views of the law were clearly ahead of favorable views -- in many cases even accounting for possible polling margin of error. As of April 2016, 49% of respondents had an unfavorable view of Obamacare compared to 38% with a favorable view.

But if you believe Kaiser Family Foundation's regular survey is an isolated instance of unfavorability, we have another highly reputable data source to consider: the Pew Research Center.

Last week, Pew released a report detailing that the majority of Americans disapprove of Obamacare. The survey, which was conducted in mid-April, shows that 54% of respondents disapprove of the health law of the land, up 5% from its previous survey, whereas 44% approved, a 4% decline from its prior survey. The disapproval rating in Pew's study is just one percentage point below an all-time high of 55% set in a 2014 survey.

Breaking things down a bit further, Pew also questioned respondents about Obamacare's perceived effect on the country as a whole, as well as its effect on a personal or family level. While the number of respondents suggesting "not much effect" has shrunk in both categories since Sept. 2013, the first conducted survey, data in April 2016 showed that 44% of respondents believed Obamacare had a "negative" impact on the country as a whole compared to 39% who believe it's had a "positive" impact. If there is a small consolation here, the "positive" rating has climbed from 24% to 39% in less than three years. For individuals and families, negative responses have climbed from 20% in Sept. 2013 to 31% as of April 2016, while positive ratings have increased more modestly to 23% from 17% over that same timespan. Nearly half (45%) of respondents believe it's not having much effect on them or their families.

To sum up, more than six years after it was signed into law, we still don't like Obamacare.

Why Americans dislike Obamacare
Figuring out why we don't like Obamacare isn't cut-and-dried, but I'd opine that it likely boils down to three big reasons.

1. Mandates and penalties
First off, Americans probably don't like being told they "have" to buy something; and they certainly don't like the possibility of a penalty come tax time if they choose to remain uninsured.

The purpose of Obamacare was to expand access to medical care for as many people as possible, but the only way that could reasonably work with the addition of subsidies for lower- and middle-income Americans was by ensuring that all Americans are "incentivized" to sign up. That incentive is the individual mandate, which is the actionable component of Obamacare that essentially states people need to buy health insurance or pay a penalty. There are more than a dozen exemptions that could exclude an individual from the penalty, but most Americans will be responsible for a progressive penalty that's increased from the greater of $95 or 1% of modified adjusted gross income (MAGI) in 2014, to the greater of $695 or 2.5% of MAGI in 2016. Consumers don't like this penalty, plain and simple.

2. Losing your plan and/or doctor
Secondly, whereas Obamacare has encouraged insurers to expand plan choices in most states, and it's made the plan selection process more transparent than it's ever been, Obamacare has also made keeping your plan and primary care physician a lot tougher than it used to be.

Make no mistake about it: Most Americans are insured through an employer-sponsored plan, or they've purchased insurance on a private exchange. However, Obamacare required insurers participating on its exchanges to offer plans with 10 minimum essential benefits, expanding the benefits offered by insurance plans preceding Obamacare's existence. In some instances, insurers simply chose not to update their plans to meet Obamacare's beefed-up minimum benefit requirements, displacing millions of previously insured people. Additionally, some people discovered that their primary care physician didn't accept Obamacare, meaning they were required to change doctors. Under the impression that they'd be able to keep their plan or doctor when it was signed into law, millions of Americans were caught off guard when that wasn't the case.

3. An affordability problem
Finally, consumers are having an affordability problem with the Affordable Care Act. An AP-NORC poll conducted between July and September of 2014 attempted to gauge consumers' opinions on the affordability of Obamacare. The results showed that a quarter of Americans found the program to be unaffordable, and nearly 2 in 5 people on top of this quarter fell into a gray area where they were only "somewhat confident" in meeting their end of the costs if a medical emergency arose. Mind you, premium costs have accelerated in the two years since this survey was conducted.

The saving grace of Obamacare has been that approximately 85% of enrollees qualify for a subsidy from their state or through federally run HealthCare.gov. These subsidies greatly help shield consumers from a big increase in premium prices. However, for the remaining 15%, and those who remain uninsured and may not qualify for a subsidy, the average silver plan premium in 2016 for a 40-year-old according to Healthpocket is $351 a month, a 10% increase from the previous year. This works out to $4,212 a year! Low- and middle-class households could struggle to include this into their annual budgets. Even opting for a bronze plan would still leave consumers with an average premium cost of nearly $3,500 in 2016, and this doesn't even include the deductibles, copays, and coinsurance you may owe.

Can Obamacare swing the pendulum in its favor?
The big question is whether the program can succeed if the majority of Americans don't support it. Until now, it's done exactly that, but we've also seen stresses introduced, too. 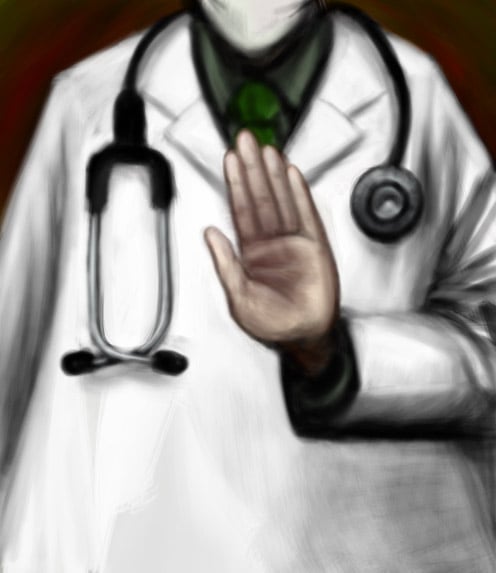 For instance, UnitedHealth Group ( UNH 0.89% ) announced in April that it would be closing up shop in the majority of the 34 states that it's operating in by 2017. UnitedHealth had previously cautioned that it would lose around $500 million from its Obamacare plans in 2016 and has blamed higher medical utilization ratios and ease of switching plans for its troubles. If UnitedHealth leaves the exchange and other insurers presumably follow, fewer plan choices and competition could translate into higher overall premium prices for the consumer. Price is a big concern, and there isn't an immediate solution.

An equally big problem is figuring out how to get healthier young adults to enroll. Even though data from the Centers for Medicare and Medicaid Services showed that young adult enrollment was up substantially in 2016 compared to 2015, it's still below where insurers need it to be. Young adults are often healthier and have fewer chronic conditions, meaning their premiums payments are critical to help offset the higher costs of treating older and/or sicker patients. As long as the penalty associated with the individual mandate remains far and away lower than the cost of purchasing a health plan over the course of a year, coercing young adults to enroll could be very difficult.

Even the elections could be a sore spot for Obamacare. With the exception of Democratic Party front-runner Hillary Clinton, who's suggested expanding upon the foundation laid by Obamacare, the remaining candidates would just as soon repeal Obamacare if elected president.

Obamacare's future continues to remain very uncertain, and both consumers and investors will want to pay close attention to what the 2016 elections and 2017 premium pricing requests have in store for the program.

Why BioNTech Stock Slipped on Wednesday