Please ensure Javascript is enabled for purposes of website accessibility
Log In Help Join The Motley Fool
Free Article Join Over 1 Million Premium Members And Get More In-Depth Stock Guidance and Research
By Keith Noonan - May 8, 2016 at 2:40PM

New hardware releases in the PS4 and Xbox One lines could be successful while still pointing to the death of consoles. 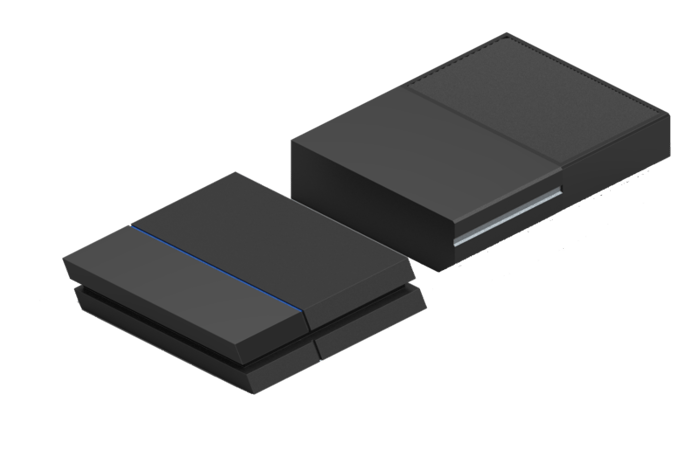 An upcoming hardware upgrade in Sony's (SONY -0.77%) PlayStation 4 line and indications that Microsoft (MSFT 1.28%) will follow suit with its own hardware update for Xbox One mark a departure for gaming consoles -- the platforms will now encompass different hardware specs similar to what's seen on PC or mobile. The two competitors are also building up features to position their video game systems as streaming hubs compatible with PCs and mobile devices -- a feature that makes a lot of sense, but one that points to a feature convergence that could ultimately make consoles irrelevant.

With consoles heading into new territory and pressure from mobile and set-top sources, including Amazon.com, could the upcoming PlayStation 4 and Xbox One upgrades be the last consoles from Sony and Microsoft?

Consoles are still thriving, but the big growth is in mobile
Nintendo's plan to launch a new gaming platform in March 2017 and AMD's recent announcement that it will supply chips in three upcoming consoles virtually confirms that gaming hardware will see a historically quick refresh. Doubting the viability of consoles as sales are at a high point and more hardware releases are peaking over the horizon might seem odd, but shorter lifecycles for gaming systems point to pressure from mobile competition -- with more frequent hardware updates now potentially necessary to maintain a significant capability gap between consoles and mobile devices.

Mobile gaming looks to account for the mainstay of growth in coming years and is set to overtake console and PC revenues this year. Publishers including Electronic Arts and Activision Blizzard stand to benefit by growing their customer bases outside consoles.

What do the console upgrades and new streaming focus mean?
Upgraded hardware releases and moves to enable streaming from PS4 and Xbox One to computers and other devices are proactive steps to keep up with industry changes, but the potential benefits are counterweighted by the challenges facing traditional consoles in the space.

Releasing a new PlayStation 4 gives Sony the chance to prolong the lifecycle of its red-hot platform and better position it for integration with virtual reality, 4K displays, and other new technologies. The PlayStation business has to continue to play a big role in Sony's turnaround, and so far, the unit is delivering in a big way. With roughly 40 million consoles sold and strong hardware momentum driving annual sales in the company's games and network services segment up 25% over the prior-year period on a constant-currencies basis.

In addition to its movie and image-sensor business, video games are a core pillar in Sony's turnaround effort, which CEO Kazuo Hirai indicated was past the halfway point as of October 2015. The PlayStation 4 has thus far outperformed even optimistic targets before its release, and the platform's incredible momentum makes it likely that its upgraded sibling will be a win for Sony -- at least in the short term.

Meanwhile, releasing an upgraded version of the Xbox One would give Microsoft another shot at leveling the playing field against the PS4. Xbox One launched with a hardware set that was less powerful than what was packed in Sony's box, and at a price $100 more expensive than its rival. Microsoft has since reversed the pricing advantage, but the hardware gap remains, and a well-executed launch of an upgraded platform might give Microsoft a chance to generate some momentum. An upgraded Xbox One hardware release might also give Microsoft a chance to further strengthen Windows as a gaming platform. How exactly that might be accomplished is uncertain, but Microsoft is already indicating that its gaming strategy is moving away from console hardware.

On the other hand, splitting the respective user bases of the PlayStation 4 and Xbox One potentially comes with a wide range of challenges. Sony has stated that the PlayStation 4 and pending upgrade won't have separate online platforms, but even in the event that online play is completely smooth between different systems, it presents a new challenge for developers and erodes one of the defining points of separation between consoles and PCs. The move creates extra incentive to design games around scalability -- and it could mean more games head to PC and set-top platforms such as Amazon's Fire HD.

The software problem behind the hardware problem
More than two years into the lifecycles of the latest PlayStation and Xbox, neither console has a particularly strong lineup of exclusive games, with the vast majority of software being multiplatform and many of the biggest games also releasing on PC. The first-party offerings from Sony and Microsoft studios aren't the difference-makers they used to be, and a blurring of the lines between console, PC, and mobile presents an existential threat to PlayStation and Xbox if software availability is no long a point of distinction. Amazon could release a new, low-price set-top box that roughly approximates the performance of the current PS4 or Xbox One within the next year or two and be in position to receive many of the biggest game releases. A tablet-to-TV streaming setup poses a similar threat, given the right hardware and a quality game controller.

The old console hardware paradigm appears to be in its death throes, and while it seems likely that Sony and Microsoft will release systems beyond the currently planned updates to PlayStation 4 and Xbox One, each company stands to lose casual consumers to competitors if they continue on their current trajectories.