Please ensure Javascript is enabled for purposes of website accessibility
Log In Help Join The Motley Fool
Free Article Join Over 1 Million Premium Members And Get More In-Depth Stock Guidance and Research
By Joe Tenebruso - May 9, 2016 at 12:53PM

Incoming CEO Kevin Mandia says he expects the company to "dominate" the cybersecurity arena in the years ahead. 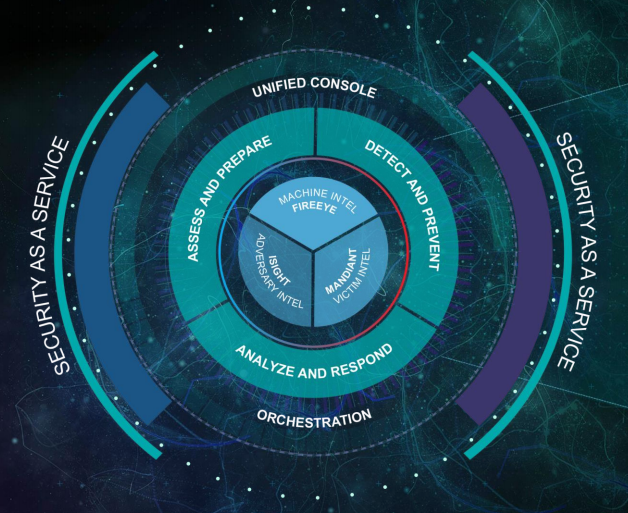 Cybersecurity specialist FireEye (MNDT 0.00%) will soon have a new leader at its helm. The company said on Thursday that Kevin Mandia would replace David DeWalt as CEO on June 15.

Mandia joined FireEye when it purchased the company he founded, Mandiant Corp., for approximately $1 billion in early 2014. Since that time, Mandia has served in a number of senior management positions, including chief operating officer and president, apparently to help groom him for the top spot that he'll inherit from DeWalt in slightly more than a month's time.

"Kevin Mandia is the obvious choice to lead FireEye in the next phase of our journey, as we expand our product and service offerings, extend our reach worldwide, evolve our business, and influence the way the world thinks about cyber security," said DeWalt in a press release. "Kevin was instrumental in bringing FireEye and Mandiant together and in the development of the security solutions, services and delivery models that are core to our strategy today."

DeWalt will stay on as executive chairman of the board. Additionally, FireEye said that Mandiant president Travis Reese will become president of FireEye and that Chief Financial Officer Mike Berry would be taking on the role of chief operating officer in addition to his duties as CFO.

"With these leadership announcements, FireEye has moved to solidify our position in the market today and more importantly, prepare us for growth opportunities going forward," said DeWalt.

Revenue jumped 34% year over year to $168 million, which was at the low end of the forecast range of $167 million to $177 million that management issued in February. However, billings --  which reflect the value of contracts signed during the quarter and are an important measure of future revenue -- increased 23% to $186 million, surpassing the guidance range of $163 million to $183 million.

FireEye continues to make progress toward profitability, with operating margin -- adjusted for stock-based compensation and non-recurring items -- improving to negative 44%, compared to negative 57% in Q1 2015. Still, FireEye remains quite some distance from producing a net profit, with adjusted net loss coming in at $75 million or $0.47 per share in the first quarter.

More noteworthy is that FireEye reduced its full-year 2016 revenue outlook to a range of $780 million to $810 million, down from its prior forecast of $815 million to $845 million. Management said the shortfall was due to a faster-than expected shift to software-as-a-service subscription sales, which slows the recognition of revenue compared to product-based sales.

"Continued focus on optimizing our cost structure allowed us to deliver first quarter non-GAAP net loss per share better than our previously issued guidance range even with a higher mix of product subscriptions, said CFO Berry. "We expect this trend to continue, and we are adjusting our outlook for 2016 revenue accordingly."

"FireEye moves forward in 2016 with an exceptionally strong and experienced senior management team and outstanding leaders across all of our functional areas," said Mandia in a press release. "With the combination of FireEye services, intelligence, and products, I believe that our global threat management platform is poised to dominate the future of cybersecurity, and we've taken steps to create a senior leadership team that can build on this opportunity."