Please ensure Javascript is enabled for purposes of website accessibility
Log In Help Join The Motley Fool
Free Article Join Over 1 Million Premium Members And Get More In-Depth Stock Guidance and Research
By Anders Bylund - May 9, 2016 at 11:00AM

This was always a storm in a teacup, but these new setting erase even that minor distraction. 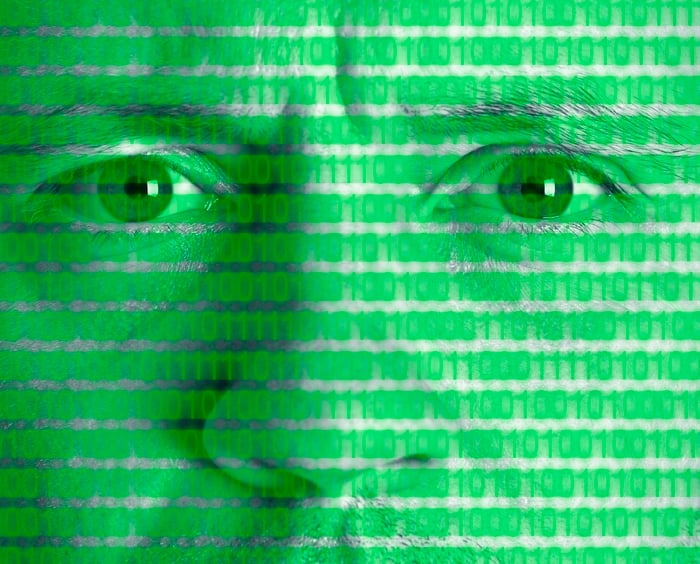 Netflix (NFLX 5.03%) may have turned a corner in the net neutrality debate.

The company was recently in hot water over bandwidth-saving moves. First, CEO Reed Hastings charged cable companies and telecoms with abandoning both the letter and the spirit of American net neutrality rules -- and then Netflix itself was found to impose video quality restrictions over mobile data connections, without asking for the user's permission.

Cue the uproar from disappointed Netflix users. Clearly, the digital video veteran was violating its own principles on how the Internet should be run. Activists threatened to cancel their Netflix accounts, and the company immediately issued an official statement.

"This hasn't been an issue for our members," said Netflix communications representative Anne Marie Squeo. "Our research and testing indicates that many members worry about exceeding their mobile data cap, and don't need the same resolution on their mobile phone as on a large screen TV to enjoy shows and movies."

Still, the company also acknowledged that some users might actually worry about the data quality over mobile connections, and would prefer having the ability to disable this automatic bandwidth-limiting feature. A new setting for this was promised for delivery "sometime in May."

Well, we're less than one week into that target month, and the solution already arrived. 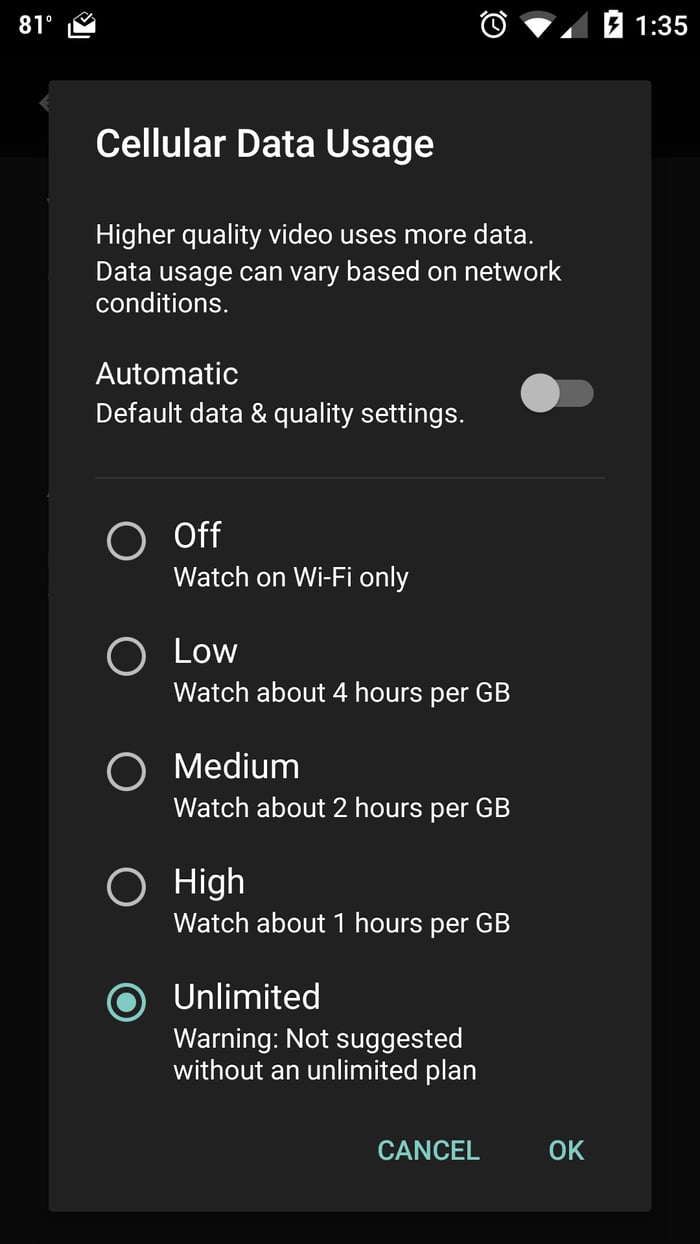 Don't try the "Unlimited" setting unless you have an unlimited data plan -- or deep pockets.

In Netflix app updates released on Thursday, May 5, users now get to pick exactly how limited or unlimited their video quality should be. Choices for the new "Cellular data usage" settings range from off, where you can't watch Netflix over cellular data connections at all, to the aptly named "unlimited" option. There are several intermediate choices between these extremes, and the "Automatic" setting lands somewhere between the "Low" and "Medium" alternatives.

According to Netflix's own testing, that rate offers a sweet spot of low bandwidth usage but no obvious loss of video quality, at least on handheld devices with small screens. If you're tethered to a Verizon (VZ -2.17%) or AT&T (T 1.84%) data plan with hard bandwidth caps and hefty overage fees, this balance will let you watch more Netflix video before worrying about rising data costs.

Of course, none of this applies to unlimited data plans from Sprint (S) or T-Mobile (TMUS 0.84%), particularly since T-Mobile's Binge On feature doesn't even count traffic from Netflix and other popular media publishers against the limits for 4G-speed data usage.

Trying out the various bandwidth levels on my own phone, I suppose I can see a difference between "Low" and "Unlimited" streams. But it's a subtle one, found mostly in highly detailed textures and fast-moving scenes. Explosions can get a bit chunky, for example. But picking up on these issues requires me to hold the screen mere inches from my face, ready to latch on to the finest detail. And that's not how I roll. You probably don't, either.

So most Netflix users will never notice this new setting in the App Options sidebar, and will just leave it at the data-thrifty "Automatic" setting. Depending on their carrier and data plan, they could end up saving a lot of money on Verizon's and AT&T's draconian overage charges. Complaints about the video quality should be few and far between.

At the same time, the company appeased some of its most vocal critics with this user-friendly option. Call it a win-win.

In the end, the data consumption settings won't really matter to most people. But if you have convinced yourself that video quality details really are important, even over expensive cellular networks, you get to fiddle with these settings to your heart's content. The angry shouts die down, and Netflix gets back to the real business of building a better content catalog, delivered to as many paying customers as possible.