Shares of the EMV chip card manufacturer are getting punished for a drop in sales and earnings guidance for 2016.

CPI Card Group is a leading manufacturer of EMV debit and credit cards with an embedded computer chip. If you use a debit or credit card, you've likely received one in the mail from your bank to replace your old card. 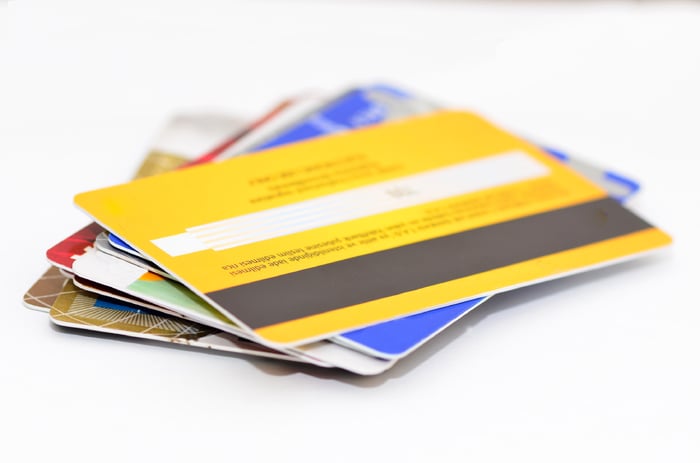 Though this should be a very obvious growth market given the number of cards that will have to be replaced, CPI Card Group seems to be having issues with timing. The company noted that large issuers and processors had overstocked the cards in 2015, which would negatively affect sales growth in 2016.

In addition, it said that small to medium-sized issuers were taking longer to move to chip-based cards, which could reduce its 2016 sales expectations. All in all, it expects each factor to lead to a $35 to $40 million reduction in its forecasted sales, or a $70 to $80 million hit to previous revenue guidance.

The table below shows CPI Card Group's new expectations for 2016 vs. prior guidance established at the end of 2015.

Notably, the company expects that a decline in sales will lead to a magnified decline in its adjusted earnings per share, as economies of scale and operating leverage work against it.

The market seems content to slash CPI Card Group's share price roughly in proportion to the reduction in earnings guidance for 2016.