Please ensure Javascript is enabled for purposes of website accessibility
Log In Help Join The Motley Fool
Free Article Join Over 1 Million Premium Members And Get More In-Depth Stock Guidance and Research
By Jamal Carnette, CFA - May 13, 2016 at 4:00PM

Unfortunately for Wal-Mart, Amazon Prime is more than two-day shipping. 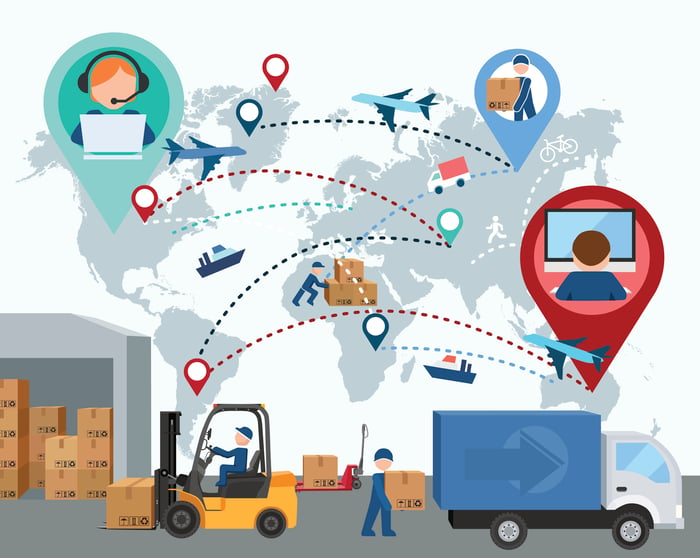 Wal-Mart Stores Inc (WMT 0.86%) is in a state of catch-up. After decades of using its legendary distribution chain to edge out smaller rivals, the biggest reason for Wal-Mart's current-day struggles is the company missed out on the potential of the online channel. The beneficiary of Wal-Mart's myopia was Amazon (AMZN 3.15%), which became the biggest online retailer in the U.S. in the absence of a large, focused competitor.

Recently, Wal-Mart CEO Doug McMillon has attempted to more forcefully compete against Amazon. Last October, shares tumbled approximately 10% when McMillon guided for earnings per share estimates as much as 12% lower as a result of increased investment. While most media outlets focused on the company's minimum-wage increase, Wal-Mart also relayed it would invest to update its deficient online channel.

Investors are starting to see fruits of that investment. The Wall Street Journal (subscription required) reports Wal-Mart is improving its e-commerce product to compete with Amazon Prime.

Amazon is currently attempting to cut its delivery time to one day, but currently only offers this for areas with a high concentration of Prime subscribers. Amazon has faced scrutiny over how the company chooses one-day shipping areas, with Bloomberg reporting politicians have taken Amazon to task for redlining minority neighborhoods from the expedited-shipping rollout. With increased scrutiny forcing Amazon to roll out same-day shipping to areas where it currently does not make economic sense, it's likely Amazon will be less aggressive in its one-day rollout.

Wal-Mart will continue to keep its price point at $49 per year, less than half of Amazon's $99 fee. While Wal-Mart should be applauded for improving its online channel, it's unlikely to put a dent in Amazon's future growth.

What Amazon lacks in affordability, it more than makes up for in increased services. Amazon Prime is more than a free-shipping service, although that's certainly an important benefit: Amazon Prime also includes its Amazon Instant Video with original content; Amazon Music, an ad-free streaming-music service; a library of ebooks; and unlimited cloud photo storage.

Wal-Mart's ShippingPass only addresses the shipping component. It's easy to dismiss Amazon's additional services, but they exist to improve the user experience and keep engagement high. Engagement is important to limit churn, or the number of people who chose to cancel the service. Furthermore, calling Amazon Prime's additional services "loss leaders" is doing these services a disservice.

That's because Amazon has been able to leverage its strong brand and preexisting relationship with consumers to grow its stand-alone Amazon Web Services product. Last fiscal quarter AWS contributed 9% to the company's top line, but represented a massive 56% of the company's operating profit as the product has a much-higher profit profile than low-margin retailing. Additionally, the company is expanding its Instant Video service to a stand-alone, direct-monetizing product as well for those who want streaming access without the additional services. Wal-Mart may improve its Amazon-Prime competitor, but there's no reason for Amazon investors to be worried.