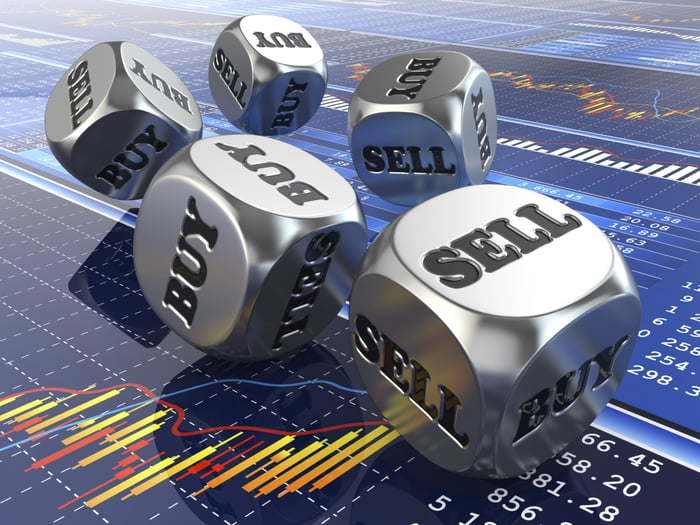 In many respects, selling stocks can be harder than buying them. When a good company that you partially own goes up in price, letting it go can trigger a heavy tax burden in addition to keeping you from receiving the benefit of any further appreciation. When a company's shares falter, it can be tough to determine whether it was due to a long term structural problem that should trigger you to sell or whether it was due to a temporary situation that might even make it worth buying more.

Still, there are great reasons to sell a company's shares. They include:

With several of those principles in mind, my wife and I did recently sell a handful of companies' shares, and here's why I'm glad we did.

Reason No. 1: Investment no longer matched the reasons for owning it

My wife owned shares of CST Brands (NYSE:CST), a gas station and convenience store operator that she received from a spinoff from Valero Energy (NYSE:VLO). My wife owned shares of Valero for its refining business, rather than for the convenience store and gas station business, so CST Brands was in many ways an extra piece rather than a core part of her portfolio.

Still, spinoffs can be lucrative investments as a former 'afterthought' in a bigger company can get the freedom to invest in its own future rather than simply exist as a cog in a larger machine. So she didn't immediately sell, instead giving CST Brands time to prove itself. Earlier this year, though, pressure from activist investors reached the point where CST Brands put two representatives from activists on its Board of Directors.

Experience suggests that activist investors are frequently interested in their own best interests, regardless of whether those interests match those of external long-term shareholders. As a result of the activist attention, though, the company's stock rebounded to a price that exceeded our fair value estimate for the underlying business. That combination gave us enough reason to sell.

Reason No. 2: Valuation a bit too stretched

Until recently, I owned shares of medical devices company Becton, Dickinson & Co. (NYSE:BDX). It was, and remains, a very well-run company in a vital industry. However, its shares nearly doubled from around $84 a stub when I purchased it in January 2013 to when I sold it above $160 in May of 2016.

When I bought Becton, Dickinson & Co., it looked reasonably priced, had a 2.3% dividend yield, and paid out only about a third of its earnings as dividends. When I sold, thanks to its stock price appreciation, it traded at better than 40 times its earnings and its yield dropped to around 1.6%. In addition, thanks to continuing to increase its dividend faster than its earnings, its payout ratio sat closer to two-thirds of earnings at the time of my sale.

I still believe Becton, Dickinson & Co. has a solid future ahead of it, but at a market price above $160 a share, I simply think too much of that solid future has already been priced into its shares today.

Ultra Petroleum (OTC:UPL) was once the scariest stock I owned. The company was a fairly low-cost, though leveraged producer of oil and natural gas. The recent energy glut knocked down the price of its products, and even as a fairly low cost producer, it wasn't able to cover both its cost of production and the cost of financing its operations.

As a result Ultra Petroleum recently declared bankruptcy, and it looks fairly likely that its shareholders will get nothing once that bankruptcy is resolved. Prior to that bankruptcy filing, when it became apparent that the company was very likely heading toward bankruptcy, I sold my shares. The business had clearly broken down from an investing perspective, and I would much rather salvage something from my investment than nothing at all.

If it emerges from bankruptcy protection as a public company, I may investigate purchasing any new shares that are issued as part of that process. But as for the old shares currently trading in market? They will be likely cancelled at some point during the bankruptcy process. If and when that happens, anyone still holding its old shares will find out just how little they're really worth.

Despite the fact that owning stocks generally remains a great way to build wealth over time, not every company's stock is always worth owning. Whether it's due to valuation, a business breakdown, a shift in the way the business operates that breaks your investing thesis, or the fact that the investment has simply become too large a part of your portfolio, there can be good reasons to sell your shares.

When all is said and done, it's your overall portfolio that determines where you end up from your investing. Prune the parts of it that legitimately need pruning, and you'll improve the conditions for the rest of your portfolio, giving it a better chance of giving you the returns you need to reach your goals.