Please ensure Javascript is enabled for purposes of website accessibility
Log In Help Join The Motley Fool
Free Article Join Over 1 Million Premium Members And Get More In-Depth Stock Guidance and Research
By Andrew Tonner - May 18, 2016 at 8:24PM

As the microblogging platform tries to reignite its growth, a recent experiment by search giant Google could dampen Twitter's status as the go-to source for real-time news and analysis.

It's been a less than memorable year for microblogging platform Twitter (TWTR 6.35%). And the hits keep on coming.

Twitter is already in the cross hairs of social-media rival Facebook, and it appears that tech giant Alphabet (GOOG 2.32%) (GOOGL 1.88%) is developing a service that could undermine Twitter's position as the go-to source for 140-character snippets of real time news and analysis.

According to Re/code,  Alphabet's Google has been testing a feature that enables individuals and companies to publish short bits of text directly into Google search results.

For now, the functionality appears to be relegated to small-scale tests or single instances. For example, Alphabet first tested the product during a January Republican debate. In doing so, Alphabet enabled candidates to use what it's calling "cards" in search results. These "cards" resemble a social-media profile containing an image, short pieces of text, and a social sharing button. 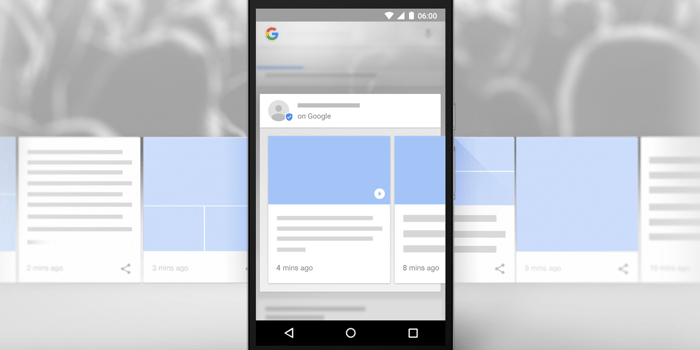 Alphabet has since rolled out the product for a range of events, including episodes of The Jimmy Kimmel Show and HBO's Silicon Valley.

According to a Google spokesperson, "We believe this new feature gives entities another channel to share rich, authoritative content with users who are searching for them on Google, and who might not necessarily follow them on Twitter." They then hinted at what should have Twitter users concerned: "Twitter results will continue to appear in search results for relevant queries." In other words, Alphabet's new cards spell competition for Twitter.

This move threatens Twitter in a few ways. If Google's card-based Twitter proxy proves compelling for users, it could steal ad-spend from Twitter. It isn't clear how much revenue Twitter generates from pushing Promoted Tweets into third-party distribution channels such as Google's search feed, but it probably isn't a major revenue source. Either way, success from Google's forthcoming cards could help depress Twitter revenue from third-party sources, which could have a negative effect on sales growth.

Equally concerning, if not more so, Google's experimental microblog cards could also push Twitter's own content further down in search results. Web analytics platform Alexa estimates that Google accounts for 11.5% of all upstream visits for Twitter, which is just a fancy way of referring to the site someone visited immediately before visiting another website.

As such, this could serve as a double-whammy to Twitter, by not only stealing traffic from the service, but also possibly pushing all Twitter-related content further down into search results. This would in effect make every Tweet pushed out into Google less valuable for Twitter.

At the same time, Alphabet's history with social media is mixed at best. Google+ never caught on and earned the scorn of most tech media outlets. But Alphabet's cards experiment seems less invasive for users, since it doesn't appear to require a registered account. What's more, the cards experiment also seems geared toward providing information, which fits with Google's broader traditional skill set, unlike Google+.

For now, Alphabet reportedly doesn't charge publishers to use posts. However, the potential to drive more users to Google's search engine, against which it can sell ads, should have Alphabet investors' attention.

Twitter has plenty to worry about these days and doesn't need another problem. It's too early to judge whether Alphabet's cards experiments will meaningfully affect the company as it gropes for a way to reignite growth. However, Twitter investors will want to monitor Google's project as it takes shape in the months to come.