Please ensure Javascript is enabled for purposes of website accessibility
Log In Help Join The Motley Fool
Free Article Join Over 1 Million Premium Members And Get More In-Depth Stock Guidance and Research
By Brian Feroldi - May 18, 2016 at 1:11PM

News of a partnership with IT giant SAP sends shares higher. 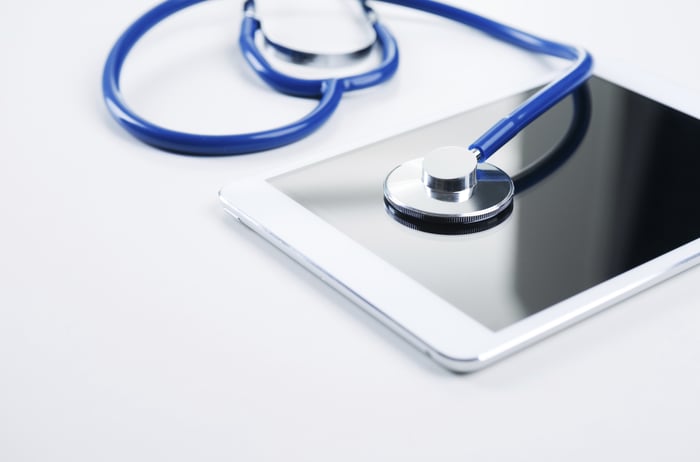 What: Shareholders of Castlight Health (CSLT), a cloud-based software provider focused on health benefits management, are having a great day. Castlight's stock is up more than 25% as of 12:25 p.m. ET after news broke that IT giant SAP (SAP -1.61%) has entered into a strategic partnership with the company and is making an equity investment in it as well.

So what: Castlight Health and SAP announced that they have entered into a multipart strategic alliance with the goal of combining technologies that will lead to "lower healthcare costs, improve outcomes and increase benefits satisfaction. "

Castlight has agreed to be an early participant in SAP's newly announced Connected Health Platform, which is its new system that's designed to connect developers, researchers, and healthcare organizations together. In addition, the two companies plan to integrate Castlight's health benefits platform into SAP's SuccessFactors Human Capital Management Suite.

The two companies plan to launch a pilot program of this alliance later this year.

Separately, SAP also announced that they have bought 4.76 million millions shares of newly issued Class B common stock, giving it a 4.7% ownership position in Castlight. The shares were purchased for $3.77 each, which represents a substantial premium to their $3.20 closing price on May 17, which was the day prior to the deal being announced.

As part of the purchase SAP also received warrants that entitled it to buy up to 1.9 million additional shares of Class B common for $4.91 per share, assuming certain conditions are met.

Now what: Giovanni Colella, the CEO of Castlight Health, had this to say about the deal:

Castlight is very honored to work with SAP as they build and grow the network around SAP Connected Health. There is tremendous synergy between Castlight and SAP's vision for connected health as well as its existing and market-leading HCM suite.

I think that investors were right to cheer this news as SAP is a major name in the technology space, so seeing them sign a strategic deal with Castlight should give the company a major credibility boost with customers and the investment community. The latter is especially needed right now as Castlight's stock has performed horrifically since its 2014 debut. Any long-term shareholder in this company is currently sitting on a substantial loss. 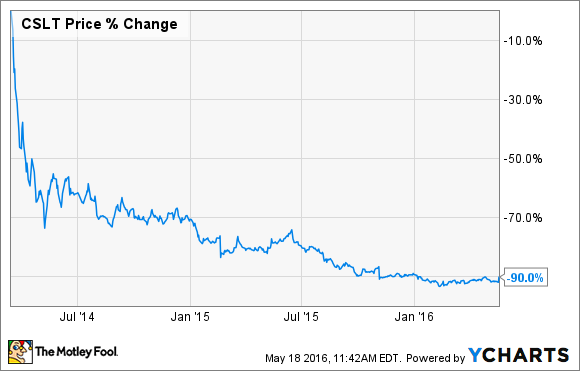 While the deal is exciting, we won't know if it will help to turbocharge the company's growth rate for quite some time since it won't be rolled out until later this year. For that reason, potential investors might want to take a wait-and-see approach before they buy shares.