Please ensure Javascript is enabled for purposes of website accessibility
Log In Help Join The Motley Fool
Free Article Join Over 1 Million Premium Members And Get More In-Depth Stock Guidance and Research
By Jordan Wathen - May 19, 2016 at 3:26PM 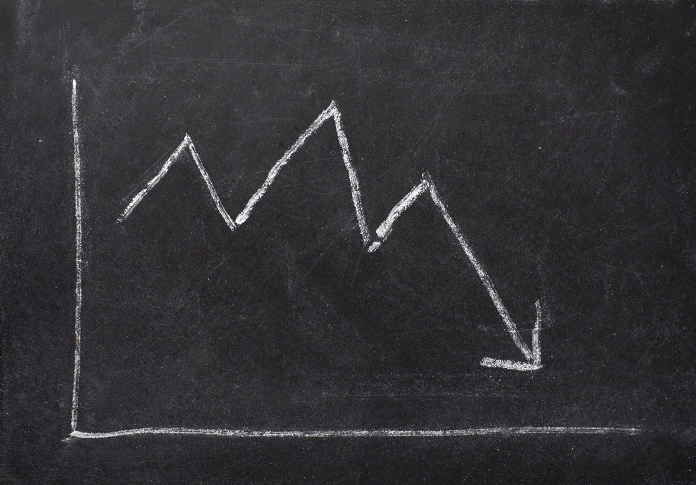 Business development company Apollo Investment Corporation (AINV 2.58%) reported a net loss in the first calendar quarter as oil and legacy investments were written down in excess of its operating income.

This quarter by the numbers

The company's book value on a per-share basis has consistently declined since the third calendar quarter of 2014, when oil prices started sliding. 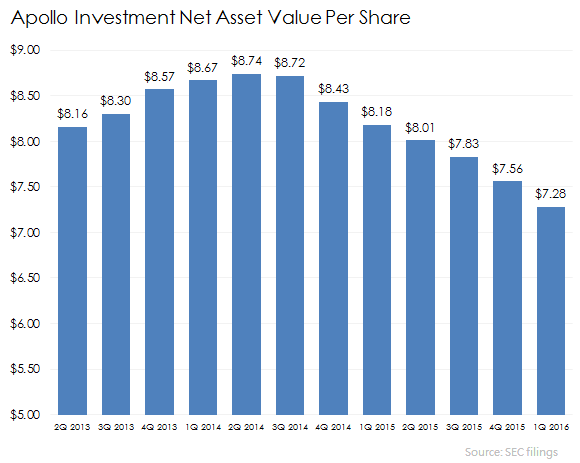 Quiet by their nature, financial companies tend to not change all that much in just one quarter. There were, however, a few things worth highlighting:

Management noted that they continue to look for ways to improve performance on the company's conference call. The company is focused on reducing its energy exposure at attractive prices, where possible, and being proactive at restructuring losing credits when appropriate.

The company's external manager has also reduced base management fees to 1.5% of assets, and is including a performance adjustment for incentive fees for the next year. When asked, management was somewhat dismissive about the need to cut the dividend to reflect the company's earnings, but it should be noted that net investment income is only matching its dividend despite higher-than-normal leverage.

Down but not yet completely out of the portfolio, oil and gas investments should remain in focus at Apollo Investment, as they continue to drive the bulk of the swings in the value of its investment portfolio. Only time can tell if the worst is over for its investments with energy exposure, which represent the biggest challenge (and, in some ways, opportunity) over the next year.