Shake Shack (NYSE:SHAK) reported earnings on May 12, and investors cheered the strong growth the company has been able to generate. The modern roadside burger stand has been driving new location openings with company-owned and operated restaurants in the US, but internationally the company has opted for franchised locations. What is the difference between the two models, and is the company's approach a good one?

With a franchise, all business operations typically become the responsibility of the franchise owner, and the company gets licensing and royalty fees or a percentage of revenue. The company franchising out the location usually enters a contract with the franchise owner outlining terms, conditions, and limitations. A company-owned restaurant becomes the sole responsibility of the company, but all of the control over the business and revenue is retained.

Why would one model be chosen over another? It becomes a give-and-take between funding and flexibility. A franchise might be a good choice to expand rapidly, or if funding needs and financial risks are a concern or need to be reduced. The company-owned model allows for more control over operations, organizationwide changes and adjustments can be instituted easier, and adaptability as business environments change can be increased. However, the company-owned model requires the funds and human resources to start and maintain the location. 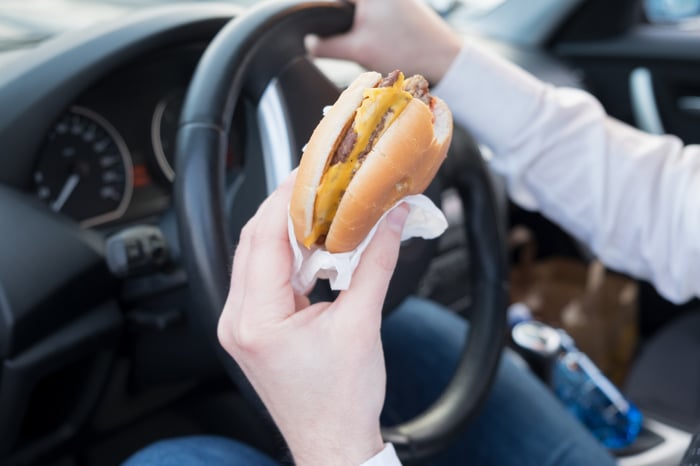 A look at Shake Shack's last quarterly earnings on May 12 shows the company-owned and operated store count up to 47. Franchised locations were up to 41, including five US-based franchised locations, although there are no plans to grow any more domestic franchises. For 2016, management expects a total of 16 new company-owned location openings and seven new franchise location openings in the UK, Middle East, and Japan. While the numbers show that Shake Shack is focusing on the company-owned model, franchising is being used to push international growth. How have the respective models been performing and contributing to total revenue?

While franchise licensing accounted for a very small portion of total revenue, it is still significant. The bulk of revenue comes from company-owned locations, but after operating expenses, that revenue gets whittled down to $4.71 million. Subtracting licensing revenue, each location turned an average operating income amount of just under $60,000. Each franchised location returned just under $50,000 on average. Here is a breakdown of the performance over the first quarter of 2016:

From the data, it would appear that Shake Shack would be better off with all locations being company-owned and operated, as the operating income before interest and tax is higher than at the franchised locations. Why the split in business model between domestic and international restaurants?

Knowing limitations and how to deal with them

Shake Shack expects to grow the number of company-owned locations by 16 this year and again in 2017. With the initial success and popularity among consumers the company has seen, the question "why not grow faster?" has come up several times during past earnings conference calls. The last call on May 12 was no exception.

The reason? Shake Shack is concerned with maintaining a quality standard, and that standard is limited by the company's food supply chain and human capital. Shake Shack totes serving up all-natural and high-quality ingredients, so proper supply needs to be maintained as the company grows. Management also stressed not wanting to put too much pressure on its limited number of general managers and opening and training teams in its most important US market.

With those growth plans being tempered by the small burger chain's current limitations in the US, Shake Shack has turned to franchising with key partners in international markets to drive growth. Rather than taxing the limited business resources available and possibly sacrificing on quality, the company has relied on the local resources and expertise of licensing partners in key markets to still boost its revenue and profit.

The Middle East has been welcoming to the roadside burger concept and now has well over 20 locations in the United Arab Emirates, Qatar, Kuwait, and other countries. The next big push is into Asia, with Shake Shack recently launching a second restaurant in Japan and planning it's first for South Korea later this year. While this model may afford management less flexibility and control overseas down the road, it has helped the company successfully expand outside the U.S. profitably.

Personally, I like Shake Shack's approach to the franchising versus company-owned model dilemma. The company has found a way to maximize growth without sacrificing on quality, and the quarter-after-quarter increasing same-restaurant-sales numbers in the US and abroad testifies to this. Management at Shake Shack has a good handle on how to utilize their available business options, and future growth prospects look promising as a result.