Please ensure Javascript is enabled for purposes of website accessibility
Log In Help Join The Motley Fool
Free Article Join Over 1 Million Premium Members And Get More In-Depth Stock Guidance and Research
By Jeremy Bowman - May 20, 2016 at 7:00PM

Disney's most valuable property is losing many of the components that make it unique.

ESPN may have bigger problems than its suddenly shrinking subscriber base.

The sports broadcasting leader and crown jewel in Walt Disney Co's (DIS -1.86%) entertainment empire is rapidly losing the very things that made it such a distinct and beloved brand over the last 20 years. A combination of a talent drain and dwindling interest in its trademark shows is rendering the company a shell of its former self, a commodity with little more to offer than live sports.

Here's what could ultimately undo the cable powerhouse.

Bill Simmons' exodus from ESPN last year got a lot of attention, but he's not the only popular personality to leave the network over the past year. Among the on-air talent heading for the door are Skip Bayless, Mike Tirico, Jason Whitlock, Keith Olbermann, and Colin Cowherd.

Some were drawn away by fatter paychecks; Bayless is reportedly getting $5 million to $6 million a year from Fox Sports 1. Others left due to creative differences. Bill Simmons blasted ESPN's too-comfortable relationship with the NFL when he left for HBO, after ESPN suspended him for criticizing NFL Commissioner Roger Goodell.

Like the sports that ESPN covers, talent is vitally important in broadcasting. Viewers get to know their favorite on-air personalities, and those talking heads are what separate one network from another, as much as anything else in an era where highlight reels are as accessible as your smartphone.

Simmons' story may best illustrate this phenomenon. A superfan turned sports-entertainment juggernaut, he developed his own massive fan base through a blog and podcast, the B.S. Report. From there he went on to lead ESPN's popular long-form website, Grantland, which ESPN canned last year, and was the guiding hand behind such distinguished products as the acclaimed 30 for 30 documentary series. Simmons even occupied a coveted seat next to Magic Johnson and Jalen Rose on NBA broadcasts. In other words, he was everywhere on the network.

ESPN may have a better farm team than any of their competitors, but viewers notice such absences and popular personas aren't easily replaced. Similarly, the decision to squash Grantland was also greeted with disgust by sports fans.

More than any other show, SportsCenter has come to define ESPN. The flagship sports-news-and-highlights show used to be a unique feature of the network, running on a seemingly endless loop through much of the day, prompting sports junkies to watch the same episode repeatedly. But highlights and scores are much easier to come by than they were a decade or two ago, and that's clearly taking a toll on ESPN's trademark show. 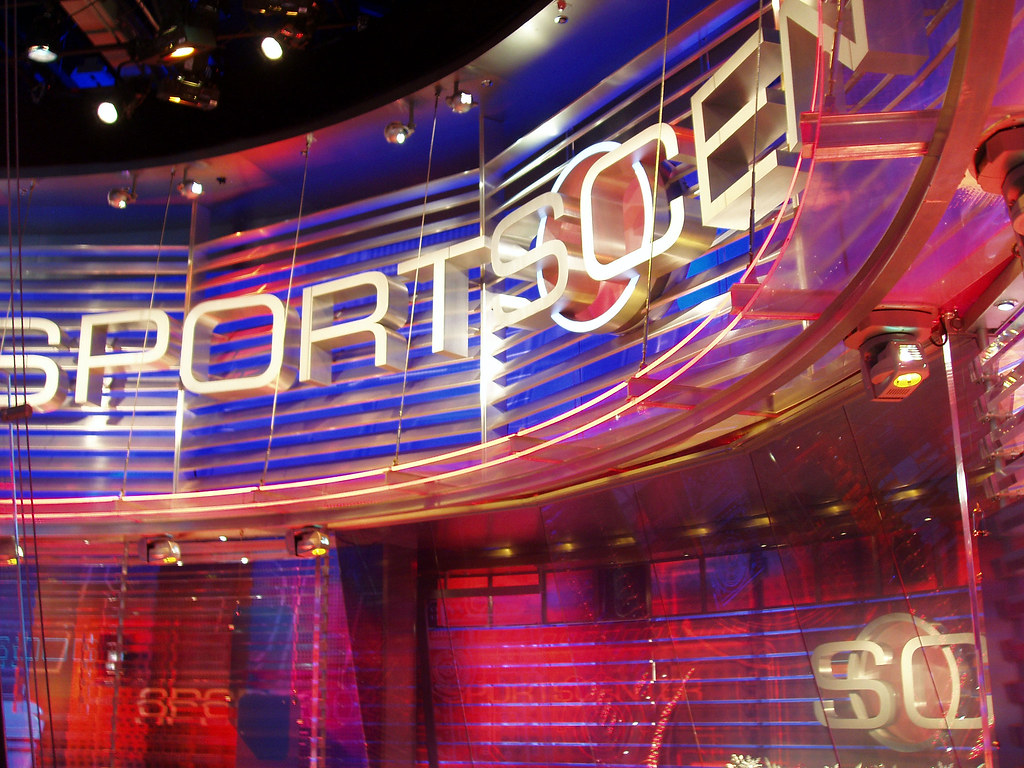 Since 2010, SportsCenter's ratings have fallen by 27%, and dropped 36% in the all-important 18-34 category. Subscribership, however, is only down 8% during that span, so most of the reason for the decline is viewers simply getting their sports highlights elsewhere.

ESPN recently spent $125 million on a revamped studio for the show, but the audience is shifting for a reason. Highlights are readily available anywhere on the Internet, and dozens of blogs and websites like Bleacher Report and Deadspin offer the kind of commentary that ESPN once had a monopoly on.

ESPN still reigns supreme in the digital realm among sports entertainment brands, but the company may struggle to leverage the same brand equity in the future without platforms like SportsCenter.

In addition to spending dearly on a new SportsCenter studio, ESPN has also coughed up excessive sums for broadcast rights to live sports. It has to -- that's its business, after all -- but live sports are a commodity, and viewers will flip to whatever station is showing the game they want to watch. In the cord-cutting era, the live nature of sports has proven sticky enough to drive viewership and therefore ad sales, but the ensuing bidding wars over broadcast rights aren't a good thing for ESPN, as rivals like CBS and FOX bring deep pockets as well.

There's also evidence that ESPN's efforts aren't exactly in the right place, as it remains tied to the cable bundle. The NFL earlier this year agreed to sell streaming rights for ten games this season to Twitter (TWTR -0.62%), a move that surprised observers, as it was chosen over much larger rivals.  Ten games is just a handful, but this shows how the league values Twitter's reputation for live as well as its global reach. As technology improves and viewers demand it, more such streaming deals are likely to follow suit across all leagues, making the bidding wars even more intense. It seems inevitable that ESPN, like the traditional TV channel, continues to lose its preeminence with these upstarts in the mix.

As cord-cutting options get better, ESPN's subscriber numbers will continue to fall, but without its top talent and name-brand programming like SportsCenter the network will lose cultural relevance, which could cost it dearly when it decides to make the move to over-the-top.

For Disney, managing this transition correctly is more important than any Star Wars movie or new theme park. The company's media networks contribute half of its profits, and ESPN is by far its biggest component.

Demand for sports will always exist, but ESPN's prized position is looking more dubious than ever.