Please ensure Javascript is enabled for purposes of website accessibility
Log In Help Join The Motley Fool
Free Article Join Over 1 Million Premium Members And Get More In-Depth Stock Guidance and Research
By Andrés Cardenal - May 23, 2016 at 7:56AM

Investors are worried about competition from Netflix and the cord-cutting revolution. However, this Fool believes Disney looks strong enough to continue thriving in the long term. 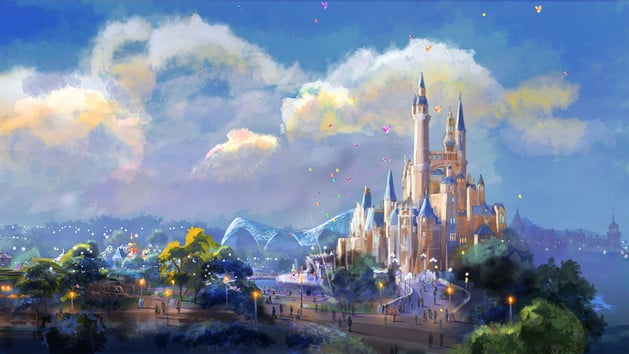 Walt Disney (DIS 1.84%) stock has delivered disappointing returns for investors lately. Shares of the entertainment powerhouse are down by 10% in the last year on the back of lower-than-expected earnings and increasing concerns about the possible impact that the cord-cutting revolution could have on its network division.

Is the short-term weakness in Disney a buying opportunity for investors, or should you run away from the stock before things get even worse?

Both sales and earnings came in below Wall Street forecasts last quarter, however, overall financial performance still looks quite healthy. Total revenue during the quarter ended on April 2 came in at $12.97 billion, a year-over-year increase of 4%. Cash flow from operations grew 17%, and Disney registered an 11% increase in adjusted earnings per share. This marked the 11th consecutive quarter with double-digit growth in adjusted earnings per share.

The numbers don't look that bad at all; however, the main reason for concern is disappointing performance in the networks division. Many consumers have begun cutting their cable subscriptions and relying on streaming services such as Netflix instead. To this end, Netflix ended the first quarter of 2016 with 81.5 million subscribers across the world -- more than double the 36.3 million members the streaming platform had in the same quarter three years ago. 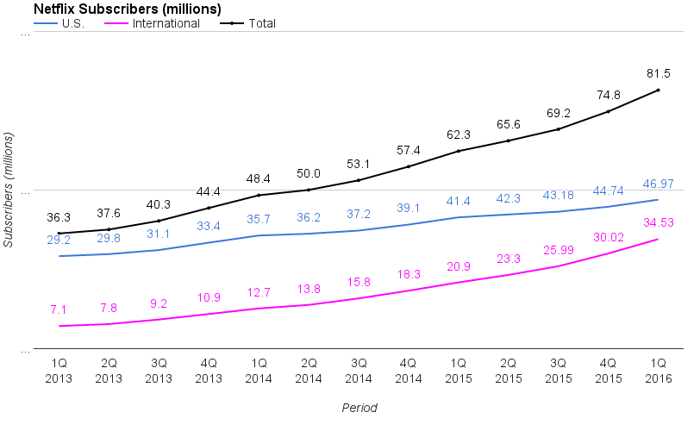 Even if financial performance in the networks segment was not too bad last quarter, its crown jewel ESPN has been losing subscribers over the last several years. According to Disney's financial reports, ESPN had approximately 92 million subscribers as of Oct. 3, 2015, down from 95 million in 2014 and 99 million in October 2013.

Management is adapting to changing consumer demand via different venues. ESPN has already worked its way into skinny-TV streaming bundles, such as Dish's Sling TV and Sony's PlayStation Vue. According to Disney management, the numbers on both of these platforms have been encouraging so far, and they drove incremental subscriber growth for ESPN last quarter.

In July of last year Disney CEO Bob Iger said in an interview with CNBC that the company is considering the possibility of offering ESPN directly to consumers in the future, although this will probably not happen in the short term.

The main point to consider is that content is king in the industry. As long as Disney in general and ESPN in particular keep offering valuable programing, chances are that the company will be able to adapt to new viewing habits.

Transformations take time and effort, so revenue in the networks division could remain under pressure over the coming quarters, however, that's not to say that the Disney unit is in permanent decline.

Besides, the company's other business segments continue firing on all cylinders. Operating income in the studio division grew by 27% last quarter on the back of success from Star Wars: The Force Awakens and Zootopia.

Captain America: Civil War is looking like another blockbuster movie from Disney, and the company will be launching promising releases such as Alice Through the Looking Glass and Pixar's Finding Dory in the summer.

The company will also open the doors to its Shanghai Disney Resort park on June 16. This will be Disney's first park in Mainland China, and the site will cover nearly 1,000 acres. According to management, the initial feedback from guests has been "absolutely phenomenal," and Shanghai Disney could be a major contributor for the company over the years ahead.

All things considered, Disney may be the strongest entertainment company in the world. The networks segment will probably adapt to technological change over the long term, and the rest of the business is performing well. The lower Disney stock goes, the bigger the opportunity for long-term investors.