Brian Feroldi and Cory Renauer
(TMFTypeoh)
Author Bio
Brian Feroldi has been covering the healthcare and technology industries for The Motley Fool since 2015. Brian's investing strategy is to buy high-quality companies and then let compounding work its magic. See all of his articles here. Follow @brianferoldi
Follow @brianferoldi 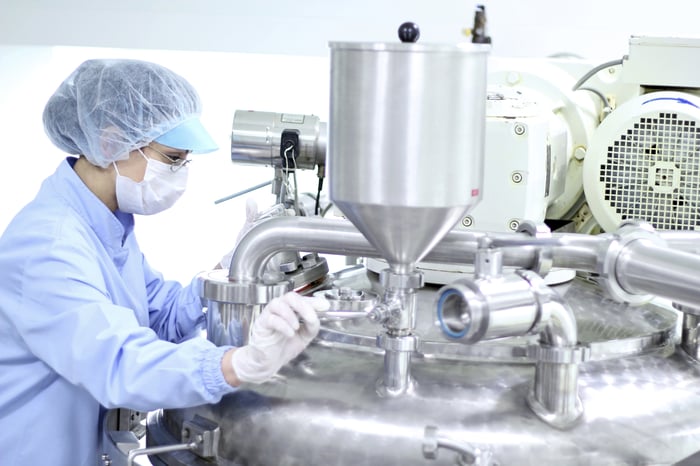 Teligent (NASDAQ:TLGT), a small-cap specialty generic pharmaceutical manufacturer, has been on a great run over the past few years. The company's stock is up more than 400% since its current management took over and started implementing a winning growth strategy. 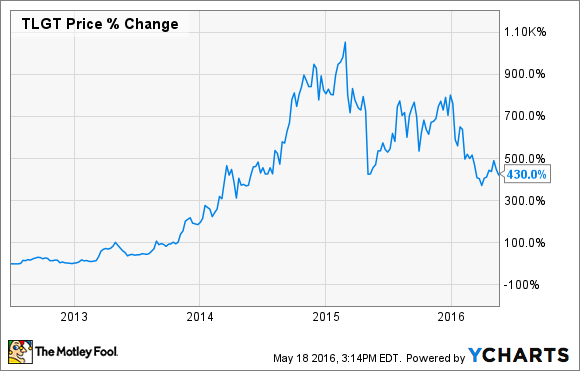 More recently, Teligent's stock has been stuck in reverse, and it's currently down more than 40% since January. Does that make right now a good time to get in, or could there be more pain ahead?

To help answer that question, we asked a team of our Motley Fool contributors to duke it out and present the case for, and against, investing in Teligent's stock right now. Read their thoughts below to see which side you agree with.

Brian Feroldi: For several decades, Teligent's stock was a dreadful performer, but that all changed in July 2012 when its current CEO, Jason Grenfell-Gardner, took over and launched the company's TICO strategy. Ever since, Teligent's revenue has been rapidly moving higher, taking its share price with it.

TICO stands for topical, injectable, complex, and ophthalmic, which are the healthcare markets the company focuses on. Each year, drugs that compete in these markets lose patent protection, and Teligent rushes in to create a generic version and sell it at a discount.

The strategy is clearly working, as sales have grown from just over $8 million in 2012 to $44 million in 2015. What's more, Teligent currently has 34 drugs awaiting FDA approval, with an estimated addressable market of roughly $1.5 billion.

Looking ahead, management believes its 2016 revenue will land between $60 to $70 million, and it plans on submitting at least 15 new applications for FDA approval during the year. That should position Teligent for continued strong growth, so count me as a bull.

Cory Renauer: For a company in such a dull industry, owning Teligent stock has been terribly exciting over the past year. The average clinical-stage biotech on the bleeding edge of technology isn't this volatile: 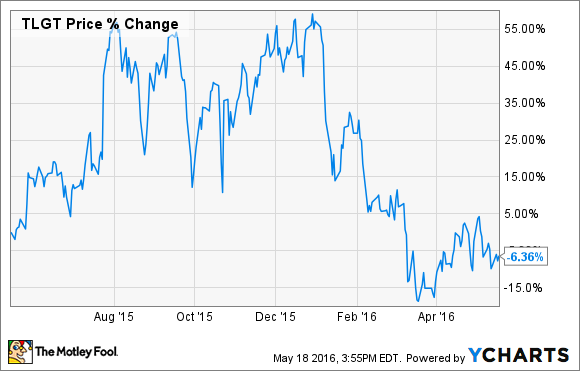 I suppose uncertainty associated with a name change -- and moving from the NYSE to the NASDAQ exchange -- would be enough to ruffle anyone's feathers. Unfortunately, there are more significant reasons to be jittery.

Although Teligent finished 2015 with 25 approved drugs in its product lineup, sales of an antifungal ointment launched in late 2013 comprised 45% of total revenue last year. Sales of the same cream dropped to just 14% of net revenue in the first quarter of this year.

Luckily, a huge increase in contract manufacturing sales offset the loss, leading to the company's best quarter to date -- on the top line. It's a bit unnerving that management expressed a desire to focus on the growth of its organic pipeline in last year's annual report, then grew sales of goods manufactured for others from 23% of net product sales in the first quarter of last year to 40% in the first quarter of this year.

Even more upsetting is that despite a banner quarter for sales, profit from operations hasn't followed. After servicing a $125 million debt it took on at the end of 2014, the company lost nearly $1 million in the first quarter.

There are over $100 million of those notes outstanding that can also be converted into shares whenever the stock price rises above $14.68, which limits upside until they're due in 2019. What happens then is something I'd rather not worry about, and it's why I'm extremely bearish on Teligent stock.