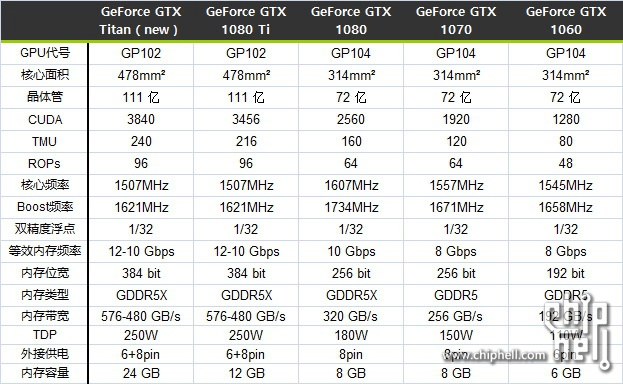 Although it's far from a guarantee that these specifications are true, it's worth exploring the potential implications for NVIDIA if they are.

From the looks of it, the fully enabled version of the GP102 chip looks as though it's just a beefed-up version of the GP104 chip. During the Maxwell graphics processor generation, NVIDIA did something similar: in late 2014 it unveiled the GM204 chip and then followed it up with the GM200 chip, which was essentially a larger, gaming-focused variant of GM204.

In terms of CUDA cores, texture units, ROPs, and even memory bus width, the GP102 appears to be 50% bigger across the board than GP104. Chip area is also up by 52.2% according to this purported leak.

Such a product could be priced in a manner commensurate with the performance uplift seen over the GP104 based cards. If the top GP104 card from NVIDIA sells for $699, then GP102 based products could sell for even more, potentially helping to fuel the robust average selling price growth story that the company has seen over the last several years.

When will we see this part in the market?

There haven't been much in the way of leaks aside from the table cited above, so trying to figure out when this new graphics processor will come out is a matter of guesswork.

That being said, I think that the launch timelines of the Maxwell-based processors can give us a reasonable hint. GM204 showed up in September 2014, then GM200 arrived as a halo Titan X product just six months later in March 2015. The cut-down version of Titan X, known as the GTX 980 Ti, arrived in early June of 2015.

We could see a similar release schedule, with the GP102-based Titan product hitting the market in late 2016 and the cut-down 1080 Ti parts showing up in early 2017.

If NVIDIA rolls out its Pascal products over the next six to nine months, then there may not be much that it can release in the way of gaming products for most of 2017. The company's next architecture, code-named Volta, is expected to arrive sometime in 2018.

In order for NVIDIA to keep its sales momentum up, it would likely be in the company's best interests to get Volta out in early 2018 (if not late 2017); too long of a gap between flagship graphics architecture launches could lead to a slowdown in buying.